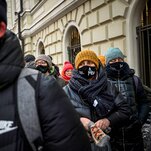 MOSCOW — Russia’s Supreme Court on Tuesday ordered the liquidation of Memorial International, one of the nation’s oldest and most revered human rights organizations, which chronicled political repressions and became a symbol of the country’s democratization that followed the collapse of the Soviet Union.

The decision comes after a year of broad crackdown on opposition in Russia and more than three decades after Memorial was founded by a group of Soviet dissidents who believed that the country needed to reconcile with its traumatic past to move forward. In particular, the group dedicated itself to preserving the memory of the many thousands of Russians who died or were persecuted in forced labor camps during the Stalin era.

The judge’s ruling cited what it said were repeated violations of the foreign agents law. Passed in 2012, the law has been criticized by the country’s opposition as a vehicle designed by the Russian state to stifle all dissent in the country. It orders all organizations that receive foreign funding and engage in loosely defined political activity to label themselves as “foreign agents,” a designation that carries the stigma of being at a payroll of foreign governments.

During the final court hearing, prosecutors said Memorial “creates a false image of the Soviet Union as of a terrorist state” and tries to “rehabilitate Nazi criminals.”

Memorial has dismissed all the allegations against it as unfounded and called its persecution “politically motivated.”

The decision came as protesters massed outside the courthouse. 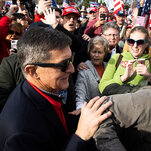 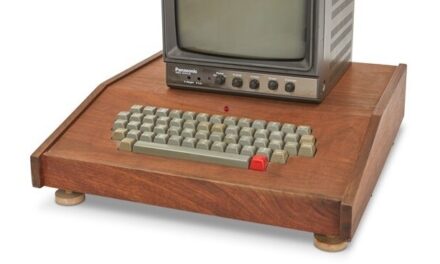 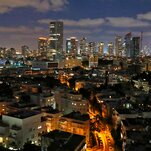 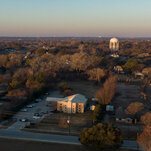 The Hostages Escaped. But Synagogues Ask, How Can They Be More Secure?