Tornadoes Tear Through South and Midwest, With at Least 70 Dead in Kentucky 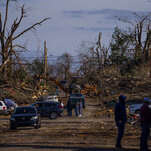 MAYFIELD, Ky. — Rescue workers across the middle of the country combed through wreckage for survivors on Saturday after a horde of tornadoes ripped a catastrophic swath from Arkansas through Kentucky. Scores of people were killed in the storms, and officials warned that the toll was almost certain to rise as they sifted through the ruins.

The tornadoes tore through at least six states on Friday night, including Arkansas, Illinois, Kentucky, Mississippi, Missouri and Tennessee, said Bill Bunting, the operations chief at the Storm Prediction Center, part of the National Weather Service. They crumbled metal like paper, swatted down concrete buildings and threw a freight train off its track.

The tornado outbreak killed people who were working the Friday night shifts at a candle factory in Kentucky, where scores are believed to have died, and at an Amazon warehouse in Illinois, where at least six people were killed and where recovery operations were continuing. Officials said on Saturday that they did not know how many workers at the warehouse were unaccounted for but that they expected recovery efforts to continue for three more days.

Hundreds of thousands of people were without power on Saturday, according to reports compiled by PowerOutage.us. Many of them were customers in states at the heart of the outbreak, but close to a half million customers in other states, including Michigan and Ohio, also lost power in the sprawling weather system.

In a speech on Saturday afternoon in Delaware, where he was spending the weekend, President Biden said his administration would do “everything it can possibly do to help” the states that had sustained serious damage in the tornado outbreak.

“This is likely to be one of the largest tornado outbreaks in our history,” he said, adding that he had approved the emergency declaration that was requested by Governor Andy Beshear of Kentucky. Mr. Biden said he planned to travel to the affected area, once he had been assured that his visit was “not going to get in the way of the rescue and recovery.”

In remarks to the news media after touring some of the hardest-hit places, Mr. Beshear paused at times, unable to describe the sheer scale of damage. “The level of devastation is unlike anything I have ever seen,” he said. He called it the most devastating tornado event in Kentucky history.

Several tornadoes touched down in Kentucky, one of them traveling for more than 200 ruinous miles. At least 70 people had been killed in the state, a toll that was likely to rise.

While the destruction was spread throughout western Kentucky, much of the estimated death toll came from a single building, the Mayfield Consumer Products candle factory, just southwest of the small city of Mayfield. Officials described an almost unfathomable level of destruction there, a knot of concrete and metal strewn with cars and 55-gallon drums leaking corrosive fluids into the wreckage.

“We had to at times crawl over casualties to get to live victims to get them out and mark those casualties as we worked our way through the rubble,” said Jeremy Creason, chief of the Mayfield Fire Department and the director of the city’s emergency medical services.

Mr. Beshear said that the death toll at the candle factory “may end up being the largest loss of life of any tornado event in a single location” in Kentucky history.

Mayfield, a town of around 10,000 people in a western corner of the state known as the Jackson Purchase, was the site of some of the worst destruction of the outbreak. On Saturday, the city’s grid of narrow streets was a perilous maze of downed power lines and rubble, with the insides of buildings spilling out over the sidewalks. The main fire station was hit, as was the police station, many of the police cars destroyed along with it.

The First United Methodist Church, which had a cavernous sanctuary with a stone facade, had almost entirely collapsed. Along the two-lane highways snaking into town, the tornado had left displays of its wrath, with homes missing brick exteriors, churches without roofs and seemingly sturdy trees that had been snapped like twigs.

Outside Jackie Nelson’s home, a reindeer, a Santa figure and a sleigh filled with presents were strewn across her lawn along with pieces of the roof. Her windows were blown out, and a trailer was perched in the trees near the house. She and her husband had huddled in the basement when the local news warned that a deadly storm was coming. Her husband’s sister did not make it, she said; his brother-in-law is in the hospital.

“I guess they just didn’t have time before it hit to get out,” Ms. Nelson said. “She was real sweet, a real good Christian lady. So we know where she is.”

But the destruction ranged well beyond Mayfield, tearing up much of Dawson Springs, the little town where the governor’s family is from, and ripping through the college town of Bowling Green. The governor said he believed one victim of the storm was as young as 3 years old.

In Arkansas, one person died at a Dollar General store in Leachville, and a 94-year-old man was killed when the tornado slammed into the Monette Manor nursing home in the city of Monette.

Mandi Sanders, a nursing home employee, was folding laundry when she heard the tornado warning. Looking out the window, she and her colleagues saw the tornado barreling toward them, illuminated by lightning and the sparks flying from downed power lines.

“It was like a roaring train,” Ms. Sanders said.

The nursing home went into “code black,” as staff members pushed residents’ beds into the hallway and helped them use pillows to cover their heads to protect from flying glass. As walls caved in and the ceiling was ripped off, Ms. Sanders shielded one of the residents with her body.

“I didn’t think it would ever end,” she said on Saturday, dried blood still in her hair where she had been hit by something the night before.

At least three people were confirmed dead in Tennessee on Saturday morning. In Missouri, at least one person died and two others were injured when a tornado slammed down in the community of Defiance.

Researchers say that in recent years, tornadoes seem to be occurring in greater “clusters” and that a so-called tornado alley in the Great Plains — where most tornadoes occur — appears to be shifting eastward.

“This is what we would call a tornado outbreak, where you have a storm system which produces a number of tornadoes over a large geographical area,” Dan Pydynowski, a senior meteorologist with AccuWeather, said on Friday.

But while a large and powerful system like the one that tore through on Friday night would be expected in May or April, it is unusual 11 days before the start of winter. Arkansas and Kansas had “spring weather” on Friday, Mr. Pydynowski said, with highs in the 70s and 80s.

Officials in Edwardsville, Ill., a small city across the Mississippi River from St. Louis, said that at least six people had been killed at an Amazon delivery hub warehouse when a direct hit from a tornado around 8:30 on Friday night caused two of the building’s 40-foot-high concrete walls to collapse.

Maurice Scott, an Amazon delivery service partner manager, was in St. Louis speaking with a dispatcher in Edwardsville when he saw the potentially dangerous weather on the radar. The dispatcher told him that most employees were in a tornado shelter, while a few were still in the bathroom.

“About a minute and half into the conversation with him, I heard a real loud vffffff, a real loud noise, and that’s when he said the garage door got snatched off, got peeled off, and it was kind of chaotic from there,” Mr. Scott said.

In a news conference Saturday evening, officials said that a mission focused on search and rescue over the course of Saturday had transitioned to one focused on recovery.

“We don’t expect that anyone could be surviving,” said James Whiteford, the chief of the Edwardsville Fire Department. The chief said that the tornado had come at the time of a shift change and that it was unclear how many people would have been in the building.

“The warehouse doesn’t have a specific count of how may employees were in the building at the time that the storm hit,” he said, “so we’re unable to determine how many may be missing.”

Ingrid Barahona, 37, had been working as a delivery driver at the warehouse for two months; like many of her co-workers, she is a single mother, and she depended on the job to support her daughter. On Friday night, she called her dispatcher asking if someone else could finish her route because she was experiencing knee pain. He told her to take her time and try to finish. The delay in her returning to the building may have saved her life.

Ms. Barahona was back in the parking lot on Saturday morning, watching tow trucks take wrecked cars from the disaster site. She did not know whether she had a job to go to anymore or whether her co-workers were still alive. 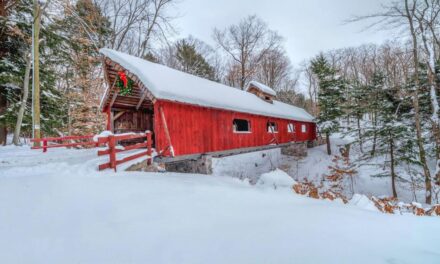 The 7 best weekend getaways of December

US Senate votes to make Juneteenth a holiday 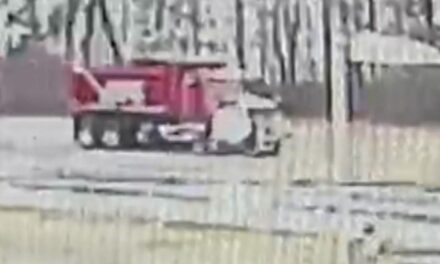 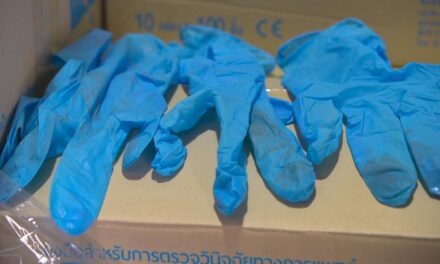 Tens of millions of filthy, used medical gloves have been imported into the United States during the coronavirus pandemic