Analysis: Being servant of two masters just got trickier for Glenn Youngkin 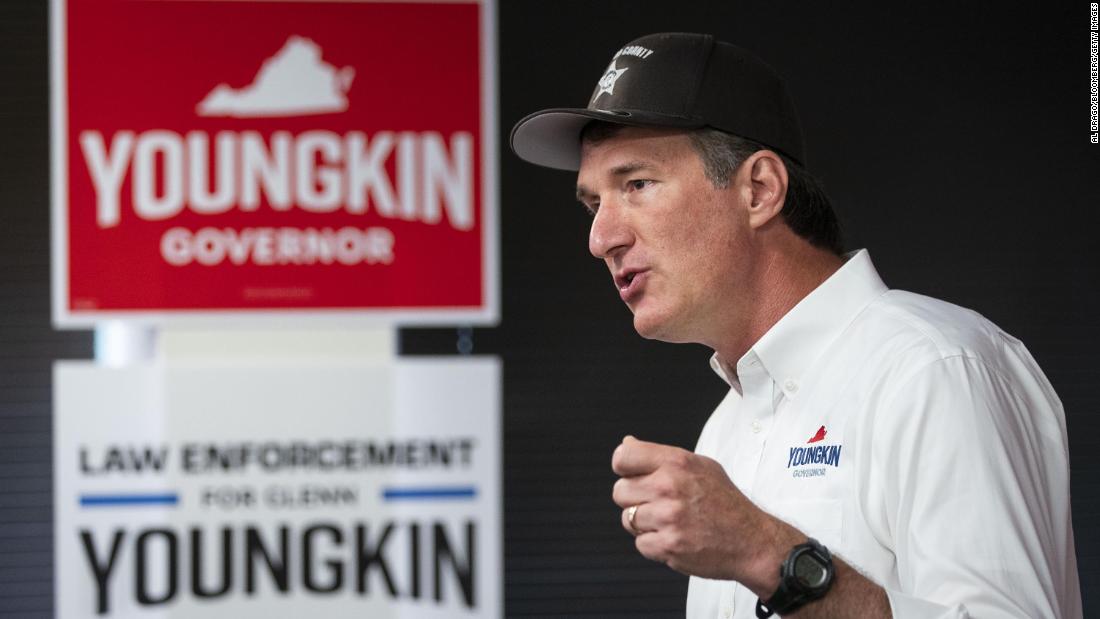 “She’s carrying an American flag that was carried at the peaceful rally with Donald J. Trump on January 6,” said Martha Boneta, the emcee of the event, of a woman who stepped onstage with the flag.

At the rally last night for GOP VA Gov candidate Glenn Youngkin, they said the ‘Pledge of Allegiance’ to a flag that was carried during the insurrection on Jan 6, as if it was sacred or something. pic.twitter.com/NGEaFFAvdF

The rally, which was headlined by former Trump White House political adviser Steve Bannon, was designed to support the entire Republican ticket in Virginia — which Youngkin is leading. Youngkin was not in attendance, although the former President called in to praise the GOP nominee as a “great gentleman, truly successful.”

The rally — and the decision to say the Pledge of Allegiance to a flag carried at a rally that had led to the first invasion of the US Capitol since the British burned it in the early 19th century — speaks to the fundamental contradiction that sits at the heart of Youngkin’s campaign: He must not alienate the Trumpist base, while at the same time creating enough distance from the controversial former President to appeal to independents and loosely affiliated Democrats.

To date, Youngkin had threaded that needle extremely well. He did enough bowing and scraping to Trump to win the party primary but has spent recent months emphasizing his credentials as a businessman (he was head of the Carlyle Group, a massive investment firm) and hanging “woke” culture around the neck of his opponent — former Democratic Gov. Terry McAuliffe.

This rally — and the pledge — took a divide that Youngkin had been doing everything to downplay and put it front and center in the race.

McAuliffe’s campaign very quickly turned it into a campaign ad, which features Trump telling attendees that he hopes Youngkin wins because “he’ll do all of the things we want a governor to do.” The McAuliffe ad does not make mention of the Pledge of Allegiance — or at least not yet.

Youngkin, sensing danger, sought to emphasize Thursday that he had not been at the rally. “I wasn’t involved and so I don’t know, but if that is the case, then we shouldn’t pledge allegiance to that flag,” he said of the January 6 flag incident. “And oh, by the way, I have been so clear: There is no place for violence, none, none, in America today.”

The impact of the rally — Trump’s call, as well as the pledge — remains to be seen. But with less than three weeks left in the campaign — Virginia elects its governors in odd years — and polling suggesting that the race is very close, this is the sort of issue that Youngkin absolutely does not want to have to deal with.

How he handles it — or doesn’t — will be a telling window into whether (and how) Republicans trying to win in swing states and districts can manage to be a servant of two masters: Trump and the independent voters turned off by the former President. 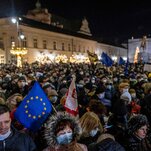 Poland Could Be the Future of Europe

Boarded-Up Windows and Increased Security: Retailers Brace for the Election

Apple Says It Turned Over Data on Trump in 2018 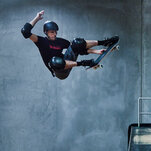