LONDON — Hadija Haruna-Oelker, a Black journalist, has just produced the German translation of Amanda Gorman’s “The Hill We Climb,” the poem about a “skinny Black girl” that for many people was the highlight of President Biden’s inauguration.

So has Kubra Gumusay, a German writer of Turkish descent.

As has Uda Strätling, a translator, who is white.

Literary translation is usually a solitary pursuit, but the poem’s German publisher went for a team of writers to ensure the poem — just 710 words — wasn’t just true to Gorman’s voice. The three were also asked to make its political and social significance clear, and to avoid anything that might exclude people of color, people with disabilities, women, or other marginalized groups.

For nearly two weeks, the team debated word choices, occasionally emailing Ms. Gorman for clarifications. But as they worked, an argument was brewing elsewhere in Europe about who has the right to translate the poet’s work — an international conversation about identity, language and diversity in a proud but often overlooked segment of the literary world.

“This whole debate started,” Gumusay said, with a sigh.

It began in February when Meulenhoff, a publisher in the Netherlands, said it had asked Marieke Lucas Rijneveld, a writer whose debut novel won last year’s Booker International Prize, to translate Gorman’s poem into Dutch.

Rijneveld, who uses the pronouns they and them, was the “ideal candidate,” Meulenhoff said in a statement. But many social media users disagreed, asking why a white writer had been chosen when Gorman’s reading at the inauguration had been a significant cultural moment for Black people.

Then, the poem’s Catalan publisher dropped Victor Obiols, a white translator, who said in a phone interview his publisher told him his profile “was not suitable for the project.”

Literary figures and newspaper columnists across Europe have been arguing for weeks about what these decisions mean, turning Ms. Gorman’s poem of hope for “a nation that isn’t broken, but simply unfinished” into the latest focus of debates about identity politics across the continent. The discussion has shone a light on the often unexamined world of literary translation and its lack of racial diversity.

“I can’t recall a translation controversy ever taking the world by storm like this,” Aaron Robertson, a Black Italian-to-English translator, said in a phone interview.

“This feels something of a watershed moment,” he added.

Last week, the American Literary Translators Association waded in. “The question of whether identity should be the deciding factor in who is allowed to translate whom is a false framing of the issues at play,” it said in a statement published on its website.

The real problem underlying the controversy was “the scarcity of Black translators,” it added. Last year, the association carried out a diversity survey. Only 2 percent of the 362 translators who responded were Black, a spokeswoman for the association said in an email.

Translation is a job for the passionate, given it is work that comes with limited recognition (translators’ names often don’t appear on book jackets) and is hard to do full time. Many translators are also academics or authors themselves.

A translator’s main task is to capture the nuance and feeling of a language in a way that you could never achieve with Google Translate, and most translators have long happily wrestled with questions of how to faithfully translate works when they are about people completely unlike them.

“No good translator denies they’re bring their own experience to a text,” Mr. Robertson said.

In a video interview, the members of the German team said they had certainly done such wrestling to make sure their translation of the text — about a weary country whose “people diverse and beautiful will emerge,” — was faithful to Ms. Gorman’s spirit.

The team spent a long time discussing how to translate the word “skinny” without conjuring images of an overly thin woman, Ms. Gumusay said. They also debated how to bring a sense of the poem’s gender-inclusive language into German, in which many objects — and all people — are either masculine or feminine. A common practice in Germany to signify gender neutrality involves inserting an asterisk in the middle of a word then using its feminine plural form. But such accommodations would be “catastrophic” to a poem, Ms. Strätling said, as it “destroys your metric rhythm.” They had to change one sentence where Gorman spoke of “successors” to avoid using it, she added.

“You’re constantly moving back and forth between the politics and the composition,” she said.

“To me it felt like dancing,” Ms. Gumusay said of the process. Ms. Haruna-Oelker added that the team tried hard to find words “which don’t hurt anyone.”

Each member of the team brought different things to the group, said Ms. Haruna-Oelker, the Black journalist. It was more than their color, she said: “It’s about quality, it’s about the skills you have, and about perspectives.”

But while the German translators managed to negotiate the text, elsewhere in Europe frustration was rising over the matter of who should do the work.

Nuria Barrios, the translator of the poem’s Spanish edition, who is white, wrote in the newspaper El País that Rijneveld’s stepping down from the project was “a catastrophe.” (Rijneveld declined an interview request for this article.)

“It is the victory of identity politics over creative freedom,” she wrote, adding: “To remove imagination from translation is to subject the craft to a lobotomy.”

Couching the discussion in such terms was “really ridiculous,” said Janice Deul, a Black Dutch journalist and activist who on Feb. 25 wrote an opinion piece for De Volkskrant, a Dutch newspaper, calling Rijneveld’s appointment “incomprehensible.”

“This is not about who can translate, it’s about who gets opportunities to translate,” Deul said in a phone interview. She listed 10 Black Dutch spoken-word artists who could have done the job in her article but said all of them had been overlooked.

But John McWhorter, a linguist and professor of English at Columbia University who has written critically of identity politics, said in an email that “there is a tacit idea that we are supposed to be especially concerned about the ‘appropriateness’ of a translator’s identity in the particular case of blackness.”

Other differences between writers and their translators — such as wealth levels, or political views — were not sparking concern, Mr. McWhorter, who is Black, added. “Instead, our sense of ‘diversity’ is narrower than that word implies: It’s only about skin color,” he said.

The one opinion missing in all of this is, of course, Ms. Gorman’s. Viking is releasing “The Hill We Climb” in the United States on Tuesday, but Ms. Gorman’s spokeswoman has not so far responded to requests for comment.

Whether Ms. Gorman weighed in on the translator choices is not clear. But either she or her agent, Writers House, which represents the translation rights, apparently has the authority to do so.

Aylin LaMorey-Salzmann, the editor of the German edition for publisher Hoffmann und Campe, said in a phone interview that the rights owner had to agree to the choice, which had to be someone of similar profile to Ms. Gorman.

Univers, the Catalan publisher who dropped Mr. Obiols, said in a statement it had chosen him “without the knowledge or approval of the agents and the poet.” It declined to answer further questions.

Irene Christopoulou, an editor at Psichogios, the poem’s Greek publisher, was still waiting for approval for its choice of translator. The translator was a white “emerging female poet,” Ms. Christopoulou said in an email. “Due to the racial profile of the Greek population, there are no translators/poets of color to choose from,” she added.

A spokeswoman for Tammi, the poem’s Finnish publisher, said in an email that “The negotiations are still going on with the agent and Amanda Gorman herself.”

Several other European publishers named Black musicians as their translators. Timbuktu, a rapper, has completed a Swedish version, and Marie-Pierra Kakoma, a singer better known as Lous and the Yakuza, has translated the French edition, which will be published by Editions Fayard in May.

“I thought Lous’s writing skills, her sense of rhythm, her connection with spoken poetry would be tremendous assets,” Sophie de Closets, a publisher at Fayard, said in an email explaining why she chose a pop star.

Issues of identity “should definitely be considered” when hiring translators, Ms. de Closets added, but that went beyond race. “It is the publisher’s responsibility to look for the ideal combination between one given work and the person who will translate it,” she said.

Ms. Haruna-Oelker, one of the German translators, said one disappointing outcome of the debate in Europe was that it had diverted attention from the message of Gorman’s poem. “The Hill We Climb” spoke about bringing people together, Ms. Haruna-Oelker said, just as the German publisher had done by assembling a team.

“We’ve tried a beautiful experiment here, and this is where the future lies,” Ms. Gumusay said. “The future lies in trying to find new forms of collaboration, trying to bring together more voices, more sets of eyes, more perspectives to create something new.” 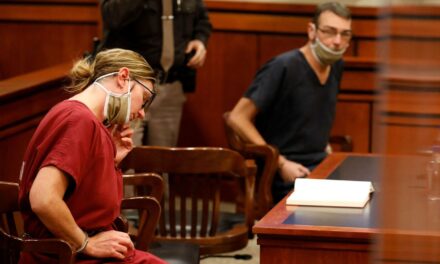 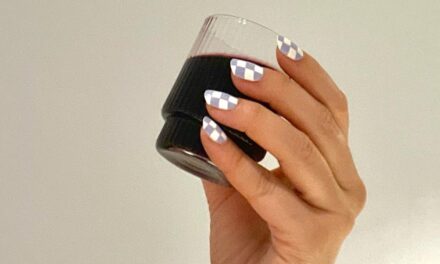 22 products that bring our editors joy every single day