WASHINGTON—President Biden will sign the $1.9 trillion coronavirus aid bill and deliver his first prime-time address on Thursday, laying out a plan for getting the pandemic under control one year after much of the U.S. economy ground to a halt as the virus spread.

The White House said that Mr. Biden would sign the legislation in the Oval Office on Thursday afternoon, one day after Congress approved the bill, marking the first major legislative victory of his presidency. The bill signing, which was initially scheduled for Friday, is expected to kick off an administration-wide effort to promote the legislation to the public.

White House chief of staff Ron Klain said the legislation was delivered to the West Wing on Wednesday night, sooner than aides had expected. Mr. Klain wrote on Twitter that the White House will host a ceremonial event Friday, marking the signing of the bill with congressional leaders.

In an 8 p.m. Thursday televised speech set to run under 20 minutes, the president will reflect on the ways the pandemic has upended the lives of millions of Americans, according to White House officials. He’ll tout his administration’s efforts to secure millions of vaccine doses. And he’ll outline the next steps he’ll take to tackle the virus, attempting to strike a balance between projecting hope for the future and offering a realistic assessment of the challenges ahead, officials said.

For Mr. Biden, the speech offers a chance to communicate with a deeply divided country at a crucial moment in the pandemic.

After a year of living under social distancing rules, many Americans are chafing at restrictions on their activities. Some states, such as Texas, have begun allowing businesses to reopen at full capacity and dropping mask mandates against the advice of public health officials. As vaccine supplies increase, the country is grappling with the task of distributing the shots quickly and fairly.

Health officials predict that life may slowly start to return to normal as larger portions of the population get vaccinated, but pandemic-related restrictions are likely to remain in place for some time. The Centers for Disease Control and Prevention said this week that vaccinated people can gather in small groups with others who have received their shots. But it recommended that those who have been immunized continue to wear masks in public and refrain from travel.

Mr. Biden is delivering his speech one year after then-President

delivered his own address on the coronavirus, describing what the nation faced as “just a temporary moment of time that we will overcome as a nation and as a world.”

Mr. Trump announced in the speech that his administration would impose restrictions on travel from Europe into the U.S., and he promised small business loans and financial assistance to those hardest hit by the pandemic. That same day, the World Health Organization declared that the outbreak was a pandemic, and the State Department advised U.S. citizens against all travel abroad.

Since taking office, Mr. Biden and his team have worked to increase the U.S. supply of vaccines. He reached deals with

to provide a total 600 million doses of their two-shot vaccines, enough supply to vaccinate the eligible U.S. population.

Bankruptcy filings are mounting. And that’s just the tip of the iceberg 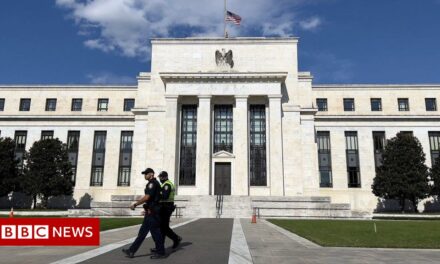