Demand for abortion providers is expected to surge in some states. Doctors and nurses turned to TikTok to offer help 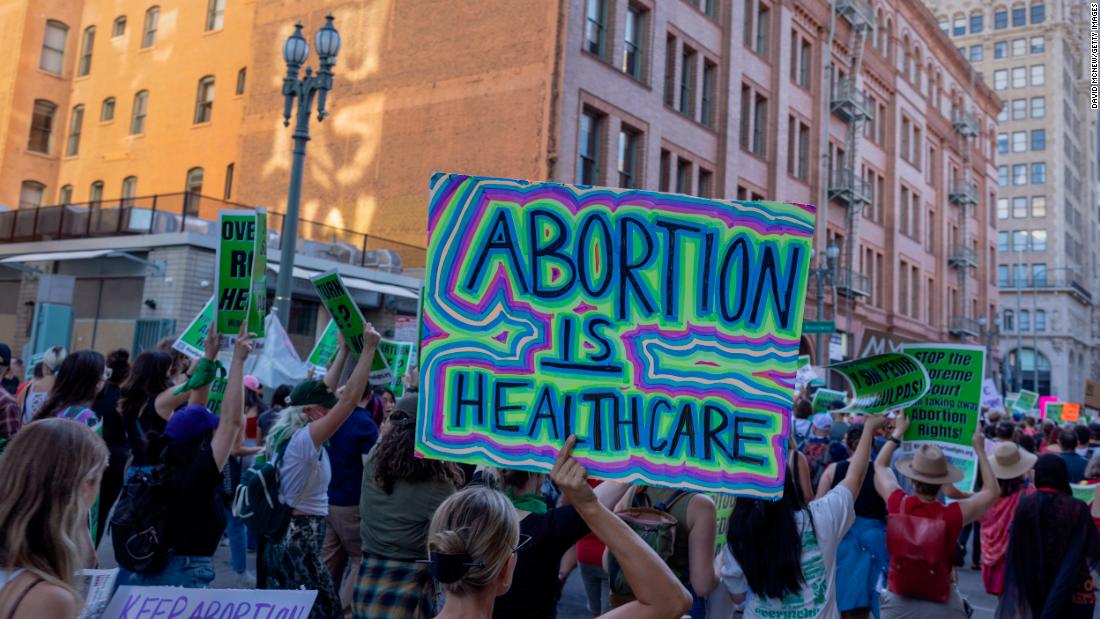 After the US Supreme Court overturned Roe v. Wade, medical professionals across the country are using their TikTok accounts to show support and offer help to obstetricians and gynecologists who may be facing an increased demand for abortion care in states where the procedure is still legal.

Set to a song by the Chainsmokers with the lyrics “if we go down, then we go down together,” professionals across fields of medicine are listing the skills they have that can be utilized to assist in that care.

Dr. Pamela Mehta, an orthopedic surgeon in California, said she was not surprised by the court’s decision, but said “it did feel like a sucker punch to the gut in the sense that this made it official that we have literally turned back the clock and our own daughters have less rights than our, you know, their moms and their grandmothers have.”

She posted the first in a series of videos on the social media app shortly after the decision was announced.

Mehta thinks that health care has been in crisis over the last few years with the pandemic and now the Roe decision. Every one has to help each other out, she said, and while she doesn’t perform abortions herself, she does have skills that could help other providers.

“I know how to scrub in, I know how to assist in surgery. I can suture up incisions, I can mop floors, I can bring coffee to my OB-GYN colleagues and I thought, ‘What is there that I can do to help my OB-GYN colleagues’,” she said. “So that’s what made me post that video because I’ve seen a lot of videos of laypeople offering their homes and a safe space to come to and I thought ‘Well, what is the skill that I can give OB-GYNs and patients,’ and that’s the skill set that I can provide.”

Mehta’s video was soon joined by one from Dr. Betsy Grunch, a Georgia-based neurosurgeon.

Several other medical professionals joined the trend, including Hayley Wombles, a travel nurse in Illinois; Lauren, a certified registered nurse anesthesiologist in Alabama, and Jess, who says she is a former bedside nurse currently working in clinical research in Ohio. Grunch said that hundreds of duets have been made of her video.

All the health care workers CNN spoke with are offering their skills to help their colleagues in states where abortion is still legal.

But experts say it’s unclear whether they could face a legal risk in their home states.

In Connecticut, attorney and state Rep. Matt Blumenthal sponsored a bill designed to protect people who provide an abortion or receive support to obtain the procedure in the state and are then sued in another state.

“It would depend on the circumstances, but it’s certainly conceivable,” he said, of whether the health care workers could face legal trouble in their home states.

“While it’s clear that states have power to impose liability on conduct that occurs outside their borders, it’s not clear how far that power stretches and all the circumstances that determine whether it has that power in a particular case,” he said.

Rachel Rebouché, interim dean at Temple University School of Law, said the current abortion laws “don’t address patients or the people helping them right now,” but there is a possibility that states could use civil penalties to attack providers in other states that are providing abortions that are legal.

The American College of Obstetricians and Gynecologists said that it had not reviewed any of the videos posted on TikTok, but it supports expanding the types of clinicians who can provide abortion care.

“People are already having to leave their communities to access care, because access is already limited for many people, and we expect that this is going to get worse,” Dr. Nisha Verma, a fellow with ACOG, said in a statement. “Overturning Roe will even more heavily restrict abortion for people across the country, especially our most marginalized populations, so it will be critical that we expand the group of clinicians who provide safe and effective abortion care. Allowing advanced practice clinicians to provide abortion care will allow us to meet more patient needs safely and effectively with high patient satisfaction rates.”

One concern shared by the health care workers CNN interviewed is the overburdening of providers in states still allowing abortion.

“I follow a lot of medical professionals on TikTok and it was inspiring to me to see so many of them being like, ‘Hey, we know that various states that are still allowing medical abortions, they’re going to be flooded,” said Wombles.

The TikTok video was her way of saying she’ll be there to help, to go to any clinic, to learn whatever she needs to and that she’s there for support, she said.

In states where abortion is now illegal, people are losing hope, she said.

“I wanted to remind them that health care providers, we’re not here to ask or to judge. We are here to advocate for our patients and to take care of them for whatever they need. And I want them to know that we, as medical professionals, will be there and we will pick up the slack and do whatever we can to make sure they still have access,” Lauren said.

In addition to overburdened providers, the health care professionals told CNN they fear people will attempt unsafe abortions and that maternal mortality will increase in the United States.

Health care experts have told CNN that they fear that potential widespread abortion bans will worsen the maternal mortality crisis in the US, saying that reducing access by closing clinics, setting early gestational limits or completely banning the procedure may lead to more deaths related to pregnancy.

According to a 2021 fact sheet from the World Health Organization, around 73 million induced abortions take place across the world yearly.

WHO says that yearly, 4.7% to 13.2% of maternal deaths can be attributed to unsafe abortions. While the problem is worse in developing regions, WHO estimates that 30 women die for every 100,000 unsafe abortion in developed regions.

Jess, who, like Lauren, did not want her last name reported, has concerns about maternal mortality.

“My main concern is that the United States has the highest maternal mortality rate in a developed nation, and it largely affects the BIPOC community. It disproportionately affects them,” she said. “To me, this is a (SCOTUS) decision that is from a very privileged standpoint, it’s from a decision that you know, is based off of someone’s beliefs that shouldn’t be imposed on others.”
Civil and reproductive rights groups have said the decision to overturn Roe v. Wade is an attack on communities of color and will leave millions of Black and brown women without access to abortion care.

All five medical professionals said they received an overwhelmingly positive response to the videos they posted online.

“The comments that I’ve read (for her current posts) have been extremely supportive,” Jess said. “Just saying thank you, and I think it’s giving the public a general sense that, especially women, that a lot of us stand with them and a lot of us are fighting and a lot of us understand it is a woman’s choice.”

She has had some negative responses from people with differing views. She doesn’t respond to them.

Grunch said that while she expected to have people on both sides of the issue react to her video, the response has been overwhelmingly positive.

“It’s just really inspiring to see people so motivated to be supportive,” she added. “I think in our country we have been known to respond to decisions like this with violence, with, you know, anger, and just the beauty of the response was just really heartfelt.”

Like Jess and Grunch, Mehta said that there has been overwhelming support in response to her video. After posting her video, she said there has been “a whole flurry” of women in health care from across the US that have said they’ll help in any way possible.

“The response has been just an overwhelming feeling of solidarity and commiseration and camaraderie,” said Mehta. “It has been overwhelming, overwhelmingly supportive and positive. And the OB-GYN community there’s, you know, physicians over there saying, ‘Thank you so much for this. It feels like we’re going through this alone and we feel so great that you guys have our back and you’re here to support us.’” 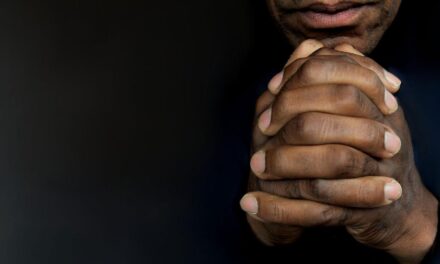 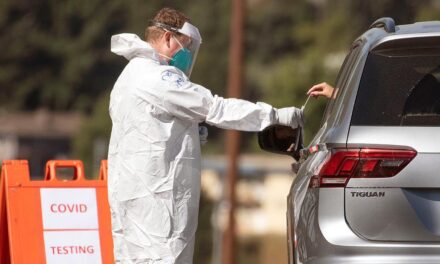 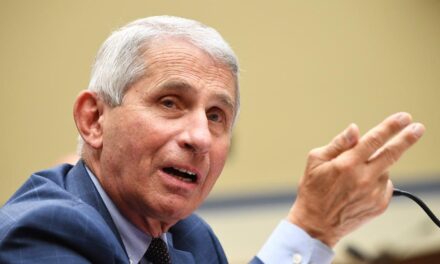 CDC and Health Partners Responding to Monkeypox Case in the U.S.