Roe v Wade: What the Supreme Court decision means for US mid-terms 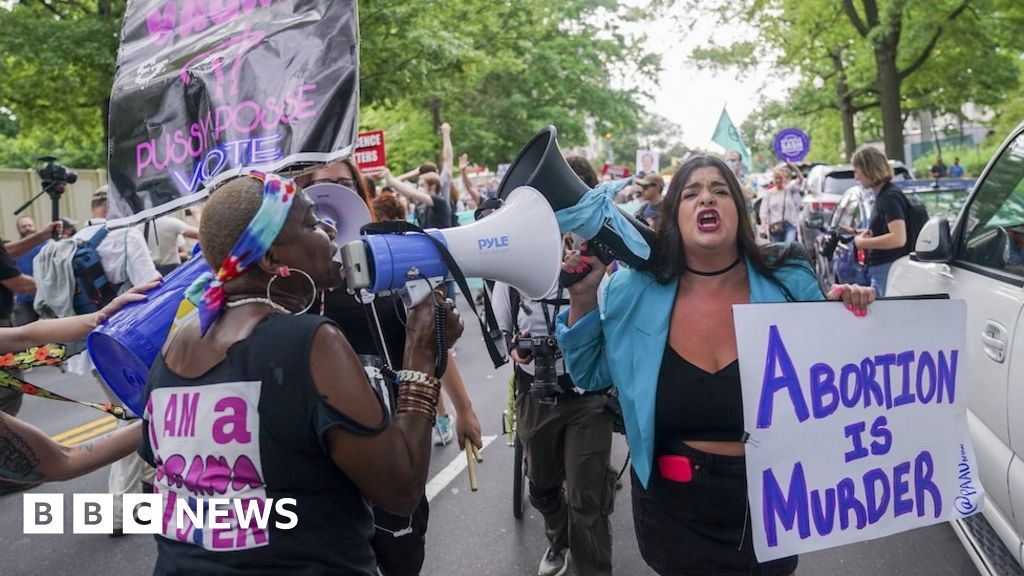 As the dust settled on the Supreme Court’s decision overruling the constitutional right to an abortion, politicians across the spectrum stepped forward to outline how the political stakes have changed – and what comes next.

Former Vice-President Mike Pence, who has long been a leader in the evangelical Christian movement, said his side had to focus on passing abortion bans in state legislatures.

“We must not rest and must not relent until the sanctity of life is restored to the centre of American law in every state in the land,” he said.

President Joe Biden, in an address to the nation, said the only way Americans can protect abortion rights is to vote for Democrats in November’s mid-term elections. “We must elect more senators and representatives who will codify a woman’s right to choose in federal law once again, elect more state leaders to protect this right at the local level,” he said.

In case it wasn’t immediately clear, the central front in the battle over abortion rights in the US has moved from the courtroom to the ballot box.

And while there will still be plenty of legal fights as states pass new kinds of legislation protecting or limiting abortion rights, these fights lie downstream from what happens in state legislatures, governors’ mansions and Congress.

Many of those political offices are very much in play this November.

It’s been 50 years since the legality of abortion was determined by votes, so the electoral implications of returning this power to the states are difficult to predict.

When abortion rights were protected by Supreme Court precedent, public opinion surveys generally indicated that it was conservatives who were more motivated to vote based on the issue – and the prospect that Republican officeholders would appoint and confirm judges who would ultimately reverse Roe. Democrats, with the status quo on their side, were less inclined to make abortion a top issue.

Recent polls suggest that may change now that Roe is gone. According to a CBS News survey in May, 40% of Democrats said they would be more likely to vote if Roe v Wade were overturned, compared to only 17% of Republicans. Seventy-one percent of Democrats were more likely to vote for a political candidate who wants to keep Roe, while only 49% of Republicans said they felt that way about candidates who want to overturn it.

Among independent voters, 45% would be more likely to support pro-choice candidates compared to 23% who favoured anti-abortion ones.

Success in mid-term elections, when presidential candidates are not on the ballot, is largely determined by how effective the parties are in getting their supporters to go to the polls. That’s why the out-of-power party, whose supporters are eager to regain power, tend to do well in them.

If Democrats are able to use the abortion issue to energise their base, it could give their hopes of electoral success new life despite a president struggling with low popularity and a challenging economic climate.

There is also, however, the potential that some on the left may be disillusioned by what they see as the lack of effort by their side to codify abortion rights before the Supreme Court decision came down.

“We elected a Democratic majority in the House and Senate,” tweeted Democratic strategist Sawyer Hackett in a typical expression of such sentiment. “We won the popular vote in seven of the last eight elections. Hundreds of thousands have marched to protect Roe. How exactly are we supposed to vote harder?”

The states to watch

The new, state-level political battles over abortion will most likely play out on a map familiar to anyone who has followed recent presidential elections. Certain states that are reliably under Republican control – like Texas, much of the south and large swaths of the central and western US – are likely to impose, or have already enacted, some form of ban. Other states that are reliably Democratic, such as the Pacific coast and the north-eastern US, have or will soon enact abortion protections.

Then there are a handful of “swing” states, where the legality of abortion sits on a knife edge, likely to be determined by which party wins the levers of power in November.

Control of state legislatures are in play in states like Arizona, Michigan, Colorado, Nevada and Minnesota. Democrats this year are seeking to hold on to the governorships of Pennsylvania, Michigan, Wisconsin and Kansas, while Republicans are defending Arizona, Texas and Florida.

Governors will play a key role in the coming abortion battles because they can sign – or veto – abortion legislation that reaches their desk. In North Carolina, for instance, Republicans are seeking a legislative majority big enough to override the Democratic governor’s promised veto of any measures limiting abortion rights in that state.

In Kansas, abortion itself is on the ballot, as voters in November will weigh in on a proposal to repeal abortion protections written into the state’s constitution.

Meanwhile, control of Congress, which could pass legislation protecting or banning abortion nationally, is also up for grabs. Democrats have a slim majority in the House of Representatives and are tied 50-50 in the Senate, maintaining control only through Vice-President Kamala Harris’ tie-breaking vote.

Even the slightest shift in electoral winds in the months before November’s votes could have dramatic implications for abortion rights across the US.

A gulf between two Americas

If the political implications in the near term are difficult to predict, longer trends are even more so. But some politicians and journalists are already discussing how this decision – and the state-by-state policy schisms differing abortion rules will create – may exacerbate the geographical divisions that are already becoming apparent in the US. The conservative red and liberal blue map of America could soon present itself in even sharper relief.

“I’ve talked to a lot of people that have decided to leave Texas and not come back for policy reasons – all ages, all backgrounds,” Texas Monthly writer Christopher Hooks said on Twitter. “That’s picked up in the last month. It’s really demoralising.”

If the trend – spurred on by the abortion decision – is demoralising for Hooks, its being celebrated by others, such as Republican Senator Josh Hawley of Missouri, who views it as helping his party to have a lock on enough states to win the presidency through an Electoral College majority.

A nation sharply split over the morality and legality of abortion, where citizens are divided by geography, culture and political ideology, is a recipe for political acrimony, the kind of which the US hasn’t seen since the days before the Civil War. 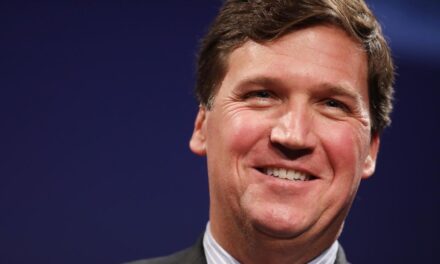 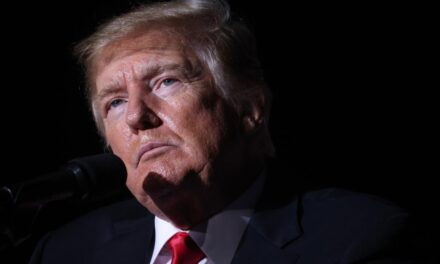 These are the people attending Biden and Johnson’s bilateral meeting