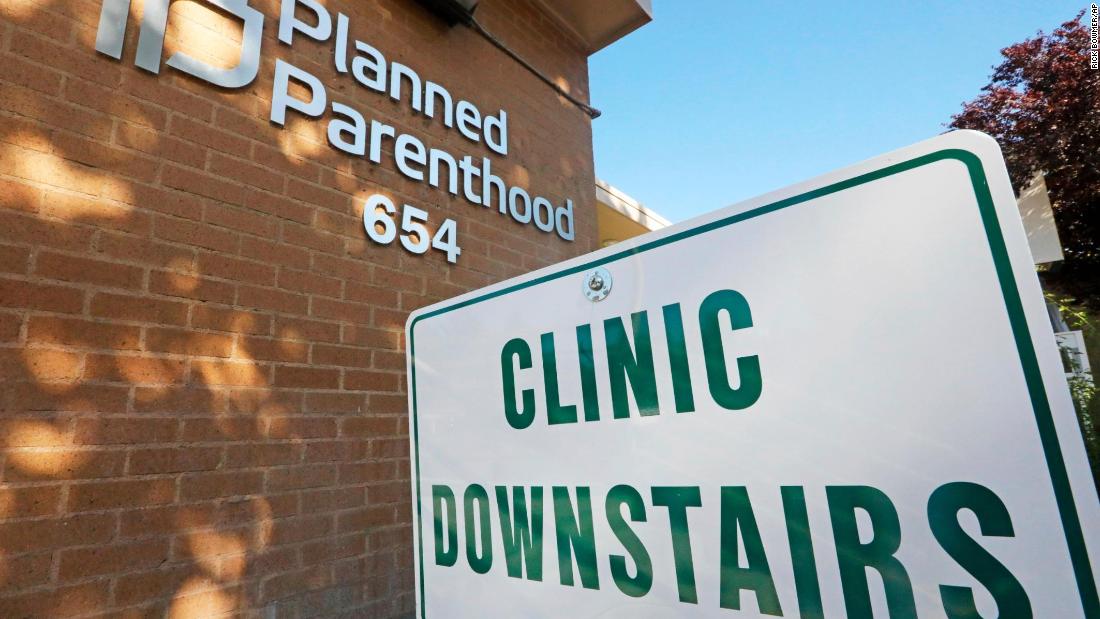 (CNN)Several states are working to protect abortion rights — and efforts were ramping up among Democratic leaders and lawmakers on Sunday — following the US Supreme Court’s ruling eliminating the federal constitutional right to an abortion, with Saturday marking the first full day without the nationwide protection in nearly 50 years.

The impact of Friday’s historic ruling that struck down a 1973 legal precedent known as Roe v. Wade was felt immediately, with at least 10 states effectively banning abortion as of Saturday night. Another five states are expected to enact varying trigger laws limiting abortion in the coming days and weeks, including Wyoming, Mississippi, Tennessee, Texas and Idaho.

In all, 26 states have laws that indicate they could outlaw or set extreme limits on abortions, effectively banning the procedure in those states, according to the Guttmacher Institute, a research organization that supports abortion rights.

Georgia already has its own restrictive law that bans abortions when a “fetal heartbeat” can be detected at about six weeks into a pregnancy. That legislation, passed and signed by Republican Gov. Brian Kemp, was suspended by a federal court in Atlanta, but is now set to take effect.

On Sunday, Democrat Stacey Abrams, who is challenging Kemp in this year’s gubernatorial election, acknowledged the six-week ban will be Georgia’s “law of the land” within days.

“That is horrendous, that is appalling an it is wrong. As the next governor, I’m going to do everything in my power to reverse it,” Abrams told CNN’s Jake Tapper on “State of the Union.”

Abrams called on President Joe Biden do “do what is within the purview of the executive” to mitigate the effect of the court’s ruling, but focused her message on broader, federal legislative action. “There should be federal law that allows women to have these choices, to have reproductive choice and reproductive justice,” she said.

That, however, is extremely unlikely given the makeup of the Senate, where Democrats hold a razor-thin majority and lack the votes to overcome the filibuster, a procedural hurdle that requires 60 members to bring such a measure to the floor for an up-or-down vote.

In the meantime, other Democrats are taking a more DIY approach to what many have described as a national health crisis. Since the ruling came down on Friday morning, New York Rep. Alexandria Ocasio-Cortez has raised an estimated $400,000 for abortion rights groups — including tens of thousands during a widely-viewed Instagram Live late on Saturday evening, a spokeswoman told CNN.

Ocasio-Cortez, on NBC’s “Meet the Press” Sunday morning, also suggested Biden expand access to abortion through a variety of means, including the opening of clinics on federal lands inside states that have or plan to enact bans, and to use the tools of the executive and federal agencies to help make medical abortion, through pills obtained via the mail, more easily accessible.

Massachusetts Sen. Elizabeth Warren offered a similar plan of action during an interview with ABC’s “This Week,” saying the federal government should consider every available legal path to mitigate the new bans and aid states where women are expected to travel to seek legal abortions.

Advocacy groups, meanwhile, are pressing ahead with new legal arguments within the states — in some cases digging into their own laws for potential avenues to slow or upend new restrictions.

In Utah, which is among the states that moved quickly to ban most abortions following Friday’s ruling, Planned Parenthood has already filed a lawsuit against the state’s top leaders, claiming its newly enacted law violates multiple civil liberties codified in the state’s constitution.

Performing an abortion in Utah under its ban is now a second-degree felony in nearly all cases, according to the lawsuit, which names the governor and the attorney general among the defendants. (The Utah law allows for abortion in three circumstances — where there is danger to the mother’s health, uniformly diagnosable health conditions detected in the fetus or when the mother’s pregnancy is the result of rape or incest.)

The lawsuit argues the new abortion law violates multiple rights protected under Utah’s constitution, such as the right to determine family composition and equal protection rights, among others. It also says the law has a disparate impact on women as opposed to men, and violates the right to bodily integrity, involuntary servitude, as well as the right to privacy.

“When the Act took effect, PPAU (Plaintiff Planned Parenthood Association of Utah) and its staff were forced to immediately stop performing abortions in Utah beyond those few that are permitted by the Act. If relief is granted in this case, PPAU’s health centers would resume providing abortions that would not qualify for any of the Act’s exceptions,” the lawsuit reads.

In Wisconsin, Democratic Gov. Tony Evers vowed to “fight this decision in every way we can with every power we have,” after his Republican-controlled state legislature declined to repeal the state’s 1849 law banning abortion, which is taking effect again following the Supreme Court ruling.

“Our office is reviewing today’s decision and will be providing further information about how we intend to move forward next week,” Wisconsin Attorney General Josh Kaul said in a statement Friday.

Dozens of prosecutors from blue cities and states have also released a signed statement saying they will not prosecute abortion providers or patients — an early sign that calls for civil disobedience will also find a home with some law enforcement officials, many of whom have discretion in their enforcement practices.

In a letter published by the advocacy group Fair and Just Prosecution, 83 elected prosecutors said they would not use official resources “to criminalize reproductive health decisions.”

“Our legislatures may decide to criminalize personal healthcare decisions, but we remain obligated to prosecute only those cases that serve the interests of justice and the people,” the prosecutors wrote. “Criminalizing and prosecuting individuals who seek or provide abortion care makes a mockery of justice; prosecutors should not be part of that.”

Demonstrators both for and against the high court’s decision have been taking to the streets this weekend in small towns and big cities across the nation.

At Sunday’s Pride parade in New York City, organizers expressed solidarity with the abortion rights movement by announcing a contingent from Planned Parenthood would be the first group on the route.

Many of the marchers waved Pride flags or held bright pink signs that said, “I stand with Planned Parenthood,” and chanted, “We won’t back down.”

The annual Pride march tracked some of the same streets that demonstrators marched on Friday night and into the weekend, when New Yorkers and visitors to the city — some of them canceling plans to take part — joined together to protest against court’s ruling.

The scenes in Manhattan followed 48 hours of almost uniformly peaceful protests, though some cities announced small numbers of arrests.

Police in Virginia are also investigating an alleged act of vandalism at pregnancy center in Lynchburg.

Officers responded to a call Sunday where they found broken windows and messages — including, “If abortion ain’t safe you ain’t safe” — spray-painted at the site.

A day earlier, hundreds of people gathered in Greenville, South Carolina, in response to the ruling. At least six people were arrested at the rally, which included people protesting and supporting the ruling.

Emily Porter, 23, told CNN she was protesting the ruling when she saw police take a woman to the ground after she stepped down from a sidewalk and walked across the street.

“I felt very angry to watch them take an older woman to the ground,” Porter told CNN. “If they wanted to detain her, they could have done it in a respectful manner.”

After the woman was tackled, several people left the sidewalk to come to her aid, prompting police to detain them, Porter said.

“I’d never thought I’d be in the middle of all this,” Porter told CNN. “I was angry, I was afraid and I was confused.”

Greenville police said neither Tasers nor pepper spray was used during the arrests and authorities would review the incident.

In the nation’s capital, police arrested two people Saturday after they were accused of “throwing paint over the fence by the U.S. Supreme Court,” US Capitol Police tweeted.

In New York City, at least 20 people were “taken into custody with charges pending” during the initial round of protests against the ruling, police said. No further details were provided on the arrests.

On Friday night in Phoenix, law enforcement used tear gas to disperse a crowds of protesters who were demonstrating in front of the state Senate.

As some states move to restrict abortion rights, others are taking steps to better protect and expand abortion access and funding.

Minnesota Gov. Tim Walz issued an executive order Saturday providing protections for people who travel into the state for reproductive health care from states where abortion is illegal or criminalized, his office said.

“Our administration is doing everything we can to protect individuals’ right to make their own health care decisions,” he said in a statement.

The announcement comes as Red River Women’s Clinic — the only clinic that performs abortions in nearby North Dakota — is preparing to move its services to Minnesota. North Dakota is one of many states that have trigger laws on the books aiming to ban abortion following the Supreme Court ruling. Its law will go into effect 30 days after the ruling is certified by the state’s attorney general.

Also Saturday, Washington Gov. Jay Inslee promised to create a “sanctuary state” for reproductive choice for people across the country.

In doing so, Inslee announced an upcoming executive order that will direct state police not to comply with extradition efforts from other states seeking to penalize those who travel to Washington to receive an abortion. He didn’t specify when the executive order will be released and or when it will take effect. 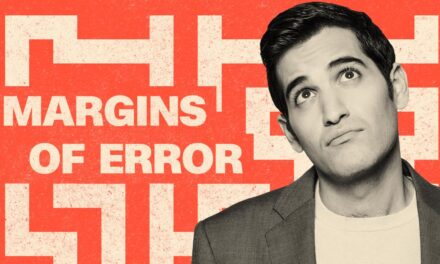 Will Americans ever embrace the metric system? It’s complicated 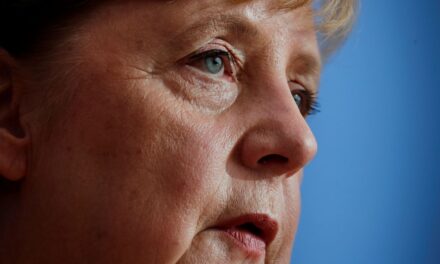 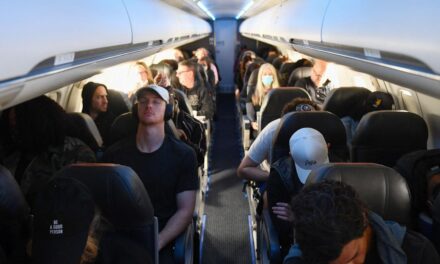 Opinion: What’s revealed when Americans take off their masks