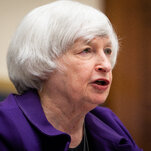 But one of Ms. Yellen’s first orders of business during a stop in Poland will be trying to get the global tax deal that she brokered last year back on track after months of fledgling deliberations about how to enact it. The two-pronged pact among more than 130 countries that was reached last October aimed to eliminate corporate tax havens by enacting a 15 percent global minimum tax. It would also shift taxing rights among countries so that corporations pay taxes based on where their goods and services are sold rather than where their headquarters are.

Turning the agreement into a reality is proving to be a steep challenge.

The European Union has already delayed its timeline for putting the tax changes in place by a year and progress has been halted over objections by Poland, which last month vetoed a plan to enact the new tax rate by the end of next year. Despite initially signing on to the deal, Poland has voiced reservations, including whether the minimum tax will actually prevent big tech companies from seeking out lower-tax jurisdictions. Polish officials have also expressed concern that the two parts of the tax agreement are moving ahead at different paces, as well as trepidation about the impact that raising its tax rate will have on its economy at a time when the country is absorbing waves of Ukrainian refugees.

In meetings in Warsaw on Monday, Ms. Yellen pressed top Polish officials to let the process move ahead, making clear that the tax deal continues to be a priority of the United States. She is meeting with Poland’s prime minister, Mateusz Morawiecki, and the finance minister, Magdalena Rzeczkowska.

According to the Treasury Department, Ms Yellen told Mr. Morawiecki that international tax reform and the global minimum tax would raise crucial revenues to benefit the citizens of both Poland and the United States.

The meetings come at the beginning of a weeklong trip that also includes stops in Brussels and Bonn, Germany, which is hosting the Group of 7 finance ministers’ summit. Ms. Yellen will be focusing on coordinating sanctions against Russia with European allies and addressing growing concerns about how disruptions to energy and food supplies could affect the global economy.

The tax agreement has been one of Ms. Yellen’s top priories as Treasury secretary. Gaining Poland’s support is critical because the European Union requires consensus among its member states to enact the tax changes.

“I think the reality of turning a political commitment into binding domestic legislation is a lot more complex,” said Manal Corwin, a Treasury official in the Obama administration who now heads the Washington national tax practice at KPMG. “The E.U. has moved and gotten over most of the objections, but they still have Poland and it’s not clear whether they’re going to be able to get the last vote.”

With President Emmanuel Macron of France heading the European Union’s rotating presidency until June, his administration was eager to get a deal implemented. But at a meeting of European finance ministers in early April, Poland became the sole holdout, saying there were no ironclad guarantees that big multinational companies wouldn’t still be able to take advantage of low-tax jurisdictions if the two parts of the agreement did not move ahead in tandem, undercutting the global effort to avoid a race to the bottom when it comes to corporate taxation.

Poland’s stance was sharply criticized by European officials, particularly France, whose finance minister, Bruno Le Maire, suggested that Warsaw was instead holding up a final accord in retaliation for a Europe-wide political dispute. Poland has threatened to veto measures requiring unanimous E.U. votes because of an earlier decision by Brussels to block pandemic recovery funds for Poland.

The European Union had refused to disburse billions in aid to Poland since late last year, citing separate concerns over Warsaw’s interference with the independence of its judicial system. Last week, on the eve of Ms. Yellen’s visit to Poland, the European Commission came up with an 11th-hour deal unlocking 36 billion euros in pandemic recovery funds for Poland, which pledged to meet certain milestones such as judiciary and economic reforms, in return for the money.

Negotiators from around the world have been working for months to resolve technical details of the agreement, such as what kinds of income would be subject to the new taxes and how the deal would be enforced. Failure to finalize the agreement would likely mean the further proliferation of the digital services taxes that European countries have imposed on American technology giants, much to the dismay of those firms and the Biden administration, which has threatened to impose tariffs on nations that adopt their own levies.

“It’s fluid, it’s moving, it’s a moving target,” Pascal Saint-Amans, the director of the center for tax policy and administration at the Organization for Economic Cooperation and Development, said of the negotiations at the D.C. Bar’s annual tax conference this month. “There is an extremely ambitious timeline.”

Countries like Ireland, with a historically low corporate tax rate, have been wary of increasing their rates if others do not follow suit, so it has been important to ensure that there is a common understanding of the new tax rules to avoid opening the door to new loopholes.

“The idea of having multiple countries put the same rules in place is a new concept in tax,” said Barbara Angus, the global tax policy leader at Ernst & Young and a former chief tax counsel on the House Ways and Means Committee. She added that it was important to have a multilateral forum so countries could agree on how to interpret and apply the levies.

Yet, while Ms. Yellen is pushing foreign nations to adopt the tax agreement, it remains unclear whether the United States will be able to pass its own legislation to come into compliance.

An earlier effort by House Democrats to adopt a tax plan that would satisfy terms of the agreement fell apart in the Senate, where Democrats continue to disagree over the scope and cost of a tax and spending bill that President Biden has proposed.

Republicans in Congress have made clear that they are unlikely to support any agreement that the Biden administration has brokered and called on the Treasury Department to consult with them before trying to move ahead.

“As it is, there’s very little chance of a global minimum tax agreement — there is already resistance to approval at the E.U., which should be the easiest part of these discussions, and it will only get harder going forward,” said Representative Kevin Brady of Texas, the top Republican on the House Ways and Means Committee. “Meanwhile, here in the U.S., there’s little political support for an agreement that makes the U.S. less competitive and takes a big bite out of our tax base.”

Ms. Yellen is expected to convey to her counterparts this week that the agreement is still a priority for the Biden administration and that she hopes that the United States can make the tax changes needed to comply with the agreement in a small spending package later this year, according to a person familiar with the negotiations. 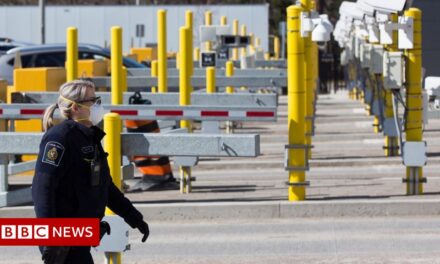 What Matters: So can you hug your grandkids now? 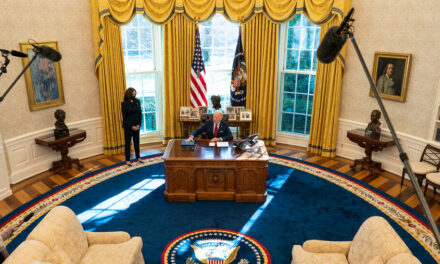