At least nine dead after a massive explosion destroyed a hotel in Havana, Cuba 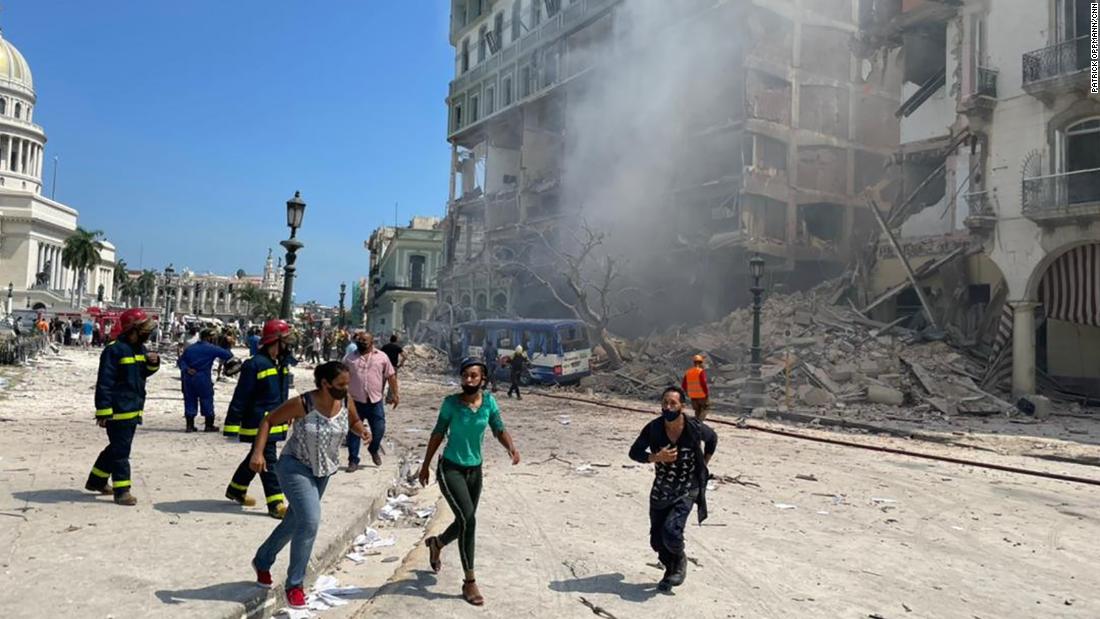 The US Embassy in Havana is closely monitoring reports of the explosion at the Hotel Saratoga, it said in a statement in Spanish.

“Initial reports indicate that it is related to an accidental gas leak,” the embassy said, adding that they would continue to share information with American citizens in the area.

The embassy urged Americans to:

An explosion that destroyed the Hotel Saratoga in Havana on Friday was not caused by “a bomb nor an attack,” Cuban President Miguel Díaz-Canel said.

After returning to the site of the deadly blast following a brief visit to two hospitals treating the victims, Díaz-Canel called the incident a “regrettable accident.”

Hospitals continue to treat the wounded, and rescue activities are still underway, he added.

At least nine people were killed on Friday after a huge explosion destroyed the Hotel Saratoga in Havana, Cuba, according to Cuban state TV.

Earlier Friday, Cuban officials said a gas leak is thought to be the cause of the explosion at Hotel Saratoga.

“Everything indicates that the explosion was caused by an accident,” the Cuban Presidential Office said in a tweet, adding that at least 30 people have been hospitalized after Friday’s blast.

The Hotel Saratoga, which was rocked by an explosion today, is located in the heart of the Cuban capital city of Havana, just a few steps away from the National Capitol building.

The hotel, which was built in the 1930s and has 96 rooms, was reopened in 2005 after refurbishment, according to its website.

Here’s a look at a map of the area: 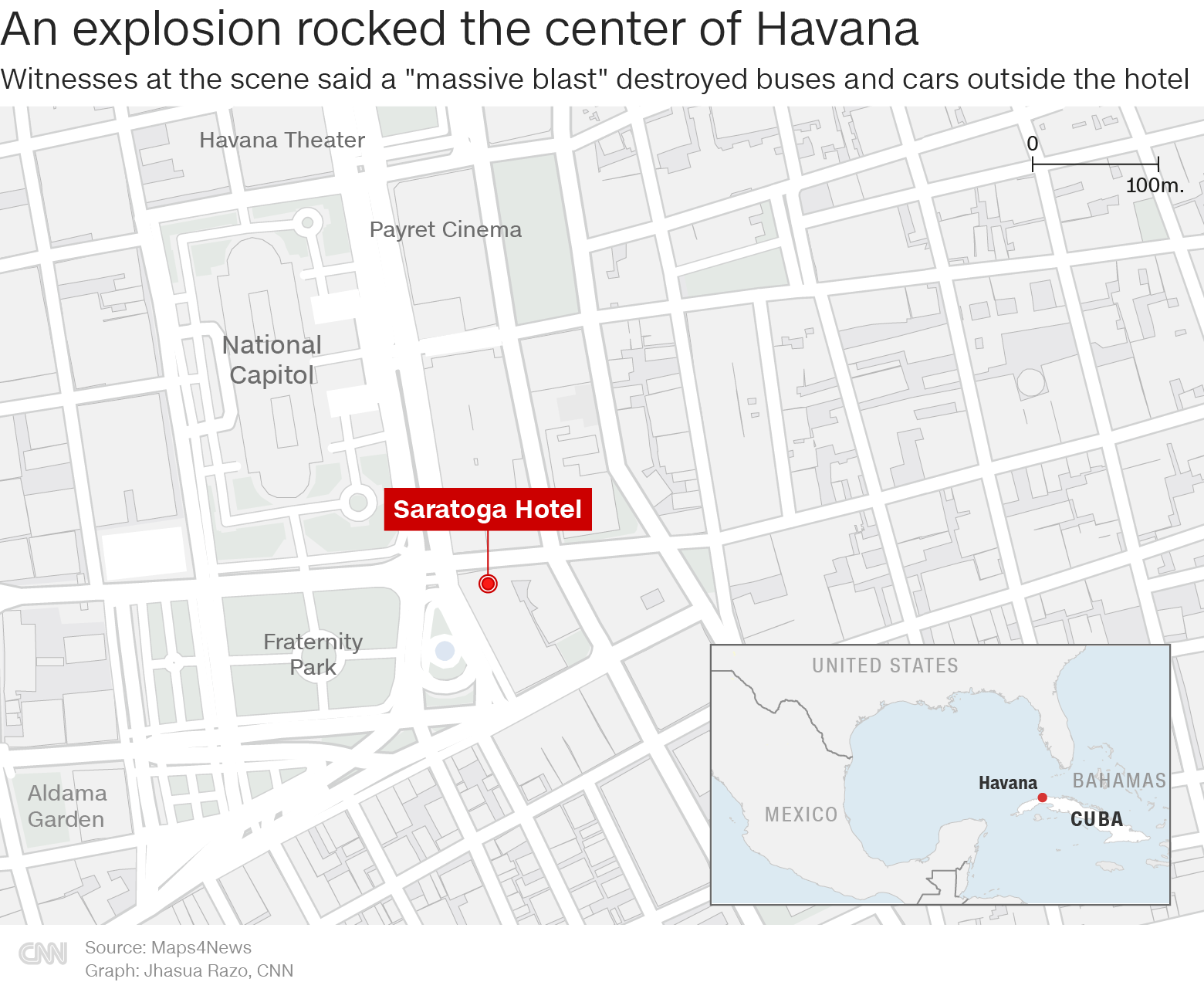 Here’s the moment when an explosion destroyed Hotel Saratoga in Havana, Cuba.

CNN correspondent Patrick Oppmann, who serves as the network’s Havana bureau chief, was on the scene outside the Hotel Saratoga shortly after the explosion occurred.

Cuban officials said a gas leak is thought to be the cause of the blast, and at least 8 people have been reported killed. Officials expect the number to go up as rescuers go through the rubble, Oppmann noted.

The CNN correspondent said he saw heavy smoke in the area as witnesses approached the hotel to see what had occurred. He said the building looked “gutted” from the blast.

“When we arrived, we saw a woman being carried out quite bloodied and very injured,” Oppmann reported on CNN. “Literally, firemen using their bare hands to pull up pieces of granite and stone to get people out from under these chunks of rubble. When we walked in close to this hotel — 100, 150 yards away — there was shrapnel, pieces of metal awnings and balconies and large chunks of stone. Anybody in the area could have been injured. We don’t know if the hotel was open right now. All the same, though, that has caused a significant number of deaths and injuries.”

Oppmann described Hotel Saratoga as an “iconic hotel” in Havana, noting that celebrities and officials have stayed there.

The Hotel Saratoga in Havana — destroyed this Friday after a major explosion — has a long history. The building, located steps from the Capitol, was built at the end of the 19th century and, by the 1930s, it was one of the most important hotels of the city.

The building where the Hotel Saratoga is located, according to the historian Carlos Venegas, had been designed to house warehouses, homes and guest houses. It was ordered to be built by the Spanish merchant Gregorio Palacios around 1879-1880, according to the hotel.

“Gregorio Palacios, a native of Santander, was one of the richest urban owners in Havana and one of the largest contributors to the treasury,” the historian explains, according to the hotel. In 1879 he signed the contract for the construction of the three-story building.

The Hotel Saratoga, which was previously located on the street Monte, was moved to this building on street Prado around 1933.

The hotel’s façade has retained some of the original features. Elements of the building such as bars, wooden lattices, marble stairs and columns show how it was originally, despite the great changes that have occurred inside its doors.

The origin of the hotel’s name has not been verified, the hotel says, but it is possible that it is linked to Saratoga, in the state of New York, where a spa with thermal waters has been a summer place.

“Very close to this location there were important battles in the war for independence of the US,” says the hotel, adding that “perhaps the relationship of its owners with the event could have influenced the selection” of the name.

One of the curiosities highlighted by the hotel, which by 1935 was already listed in tourist guides as one of the most prominent in the Cuban capital, is part of the history of the Anacaonas, which was the first orchestra made up of entirely of women in the country.

The musical shows on the terrace attracted a large number of people to the surroundings of the building in the first part of the 20th century and it was precisely in that corner where the orchestra began.

Personalities such as the writer Rafael Alberti have passed through the Hotel Saratoga, whose visit is framed in a commemorative plaque of the building, which was reopened as a hotel in 2005.

Read more about the hotel in Spanish here.

Police and fire rescuers are combing through rubble for survivors after an explosion late Friday morning destroyed a hotel in Havana, Cuba, killing at least eight people and injuring 30 more.

A gas leak is thought to be the cause of the explosion at Hotel Saratoga, according to the Cuban Presidential Office, who said that more details would follow shortly.

Here’s a look at some images from the scene:

At least eight people have died and 30 are hospitalized after a powerful explosion at Hotel Saratoga in Havana, according to the Cuban presidency. 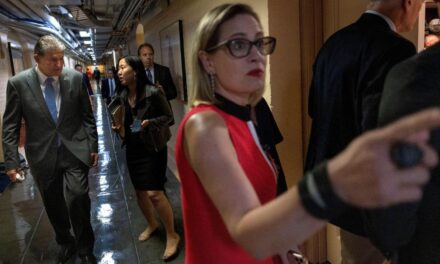 The senator at the center of Democratic negotiations 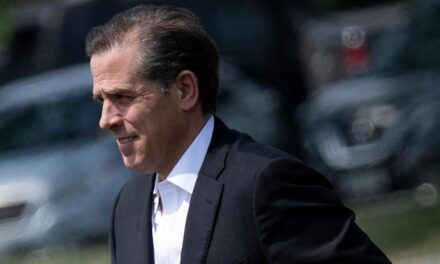 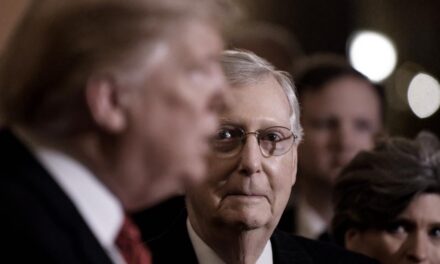 Analysis: An incredibly damning quote from Mitch McConnell on January 6