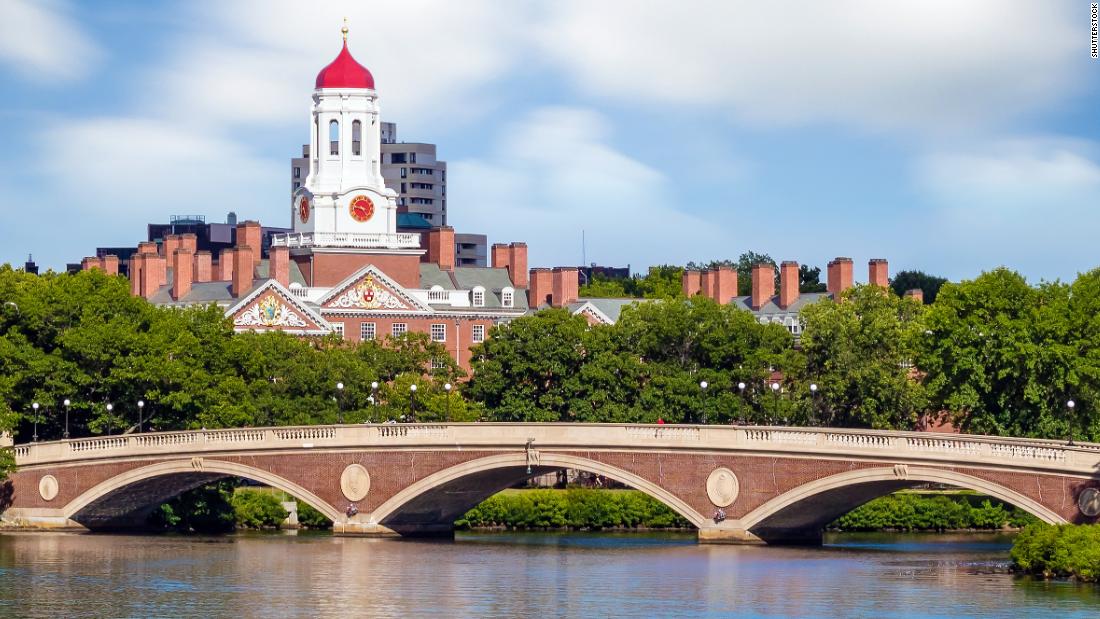 (CNN)A Harvard University report casts new light on how slavery helped forge one of America’s most prestigious universities — and offers some hope for a path toward repairing the deep wounds from the peculiar institution that remain today.

At a moment when dozens of states have passed bills making it illegal for public schools to learn, teach or discuss the deep history of slavery and racial injustice in America, the Harvard report stands out as a breath of fresh air in a vast ocean of intolerance, fear and falsehoods.

Appropriately titled “Harvard & the Legacy of Slavery” the 134-page document illustrates the depth and breadth of slavery in the making of the university. Written by a committee of prestigious scholars and chaired by the renowned historian, legal scholar and Dean of the Radcliffe Institute Tomiko Brown-Nagin, the report’s findings have been accepted by Harvard president Larry Bacow, and he released a letter on behalf of the school’s leadership outlining its commitment of $100 million dedicated to rectifying past wrongs tied to the university’s immoral but economically profitable relationship to slavery.

The report calls for the money to be used in multiple ways: to create monuments and memorials to the enslaved people who once worked at Harvard; to implement a curriculum that can convey this history to students, scholars and the wider public; to start an exchange program between students at Harvard and Historically Black Colleges and Universities and to build partnerships to uplift schools in the Caribbean and the American South.

Those latter locations matter — both acknowledge the origins of the profits made by White elites at Harvard (and elsewhere), extracted from the lives and labor of Black people then defined as a species of property. Part of the endowment will be used to assist tribal colleges and to trace the lineage of the more than 70 enslaved Black people owned by slavers with deep and intimate ties to past Harvard presidents and affiliated clergy and politicians.

“The university is committed to deeply meaningful and sustained remedies that will endure in perpetuity,” Brown-Nagin told the New York Times. The report does not mention reparations, and in the same interview with the Times, Brown-Nagin observed of “reparations” that it “means different things to different people, so fixating on that term, I think, can be counterproductive,”

The promised endowment’s proposed remedies, when implemented, will arrive too late for some descendants of enslaved Black folk at Harvard who have lived and toiled in Boston — many of them unaware of their connection to the era when this august institution fattened its coffers with wealth created from the human wreckage of subjugated Black people.

Despite the news flash earned by its $100 million price tag, the historical and contemporary context for Harvard’s report is far more crucial in the short term than the potential impact for actions that have not yet taken place. Harvard’s report comes 16 years after Brown University, under the leadership of the first Black president of an Ivy League university, the legendary Ruth Simmons (who then went on to lead historically Black Prairie View A&M University), published a similar report that ignited a reckoning with slavery at elite schools.

Brown’s actions proved generative, with more than 80 universities in North America and Europe conducting their own investigations into their past relationship with slavery. Georgetown’s own recently documented history of the Jesuit institution’s relationship with slavery inspired the creation of a similar endowment that has offered scholarships for some of the descendants of enslaved people owned by the university to attend the school for free.

As important and groundbreaking as the Brown report and subsequent investigations are, Harvard’s arguably carries more meaning in 2022 due to the institution’s global influence and the crucial timing of this report’s release.

Since 2020 at least 35 states have passed or considered passing legislation designed to ban the teaching of racial injustice in America’s public schools. The teaching of America’s long history of structural and institutional racism against Black, Indigenous, LatinX, Asian American and Pacific Islanders and other groups has been labeled as “Critical Race Theory,” a phrase that has become a leading signifier in the nation’s new cultural war.

The assaults against the teaching of the unsavory parts of American history, or indeed in some cases of mentioning them at all, are growing in scope and momentum as this election year heats up. Many of those attacks are rooted in conservative anxiety and intent to demonize the New York Times’ “1619 Project,” a multimedia investigation of slavery and democracy edited by the journalist Nikole Hannah-Jones.

Derrick Bell, one of the founders of Critical Race Theory as a school of academic legal analysis, and the first Black tenured law professor at Harvard Law School, died in 2011. But if he were here, he would perhaps not be surprised by the way in which conservatives have disfigured CRT as a political instrument to deny Black citizenship and dignity.

A civil rights lawyer turned law professor, Bell’s work continues to shape generations of Black and multiracial scholars interested in the relationship between race and law in America. Bell’s bestselling 1992 book, “Faces at the Bottom of the Well: The Permanence of Racism” presciently anticipated White political backlash, of the kind that fueled both the rise of President Donald Trump and the successful passage of so-called anti-CRT bills so extreme that they seek to avoid or deny historical truth to protect students’ feelings and regulate how employers can talk about race at work.

The Harvard report comes then at a pivotal moment in American history, one where the nation seems poised to either erase or replay some of the grimmest parts of its past or forge ahead by taking bold steps to build a new world by sharing a new story about ourselves.

Instructively, the report documents the historic ties — intellectual, financial and direct — between Harvard and slavery as an institution that created profit and leisure time, added personal value and offered direct benefits to generations of Harvard students, faculty, staff, alumni, trustees and affiliates without ever acknowledging Black pain and suffering or the invaluable contribution African Americans made to the university.

Harvard not only used enslaved people’s labor during the 17th century, but received a third of its financial resources during the first half of the 19th century from a handful of wealthy donors whose fortunes rested on “slavery and slave produced commodities.”

This is heavy stuff.

The most poignant parts of the report, the ones that made me cry, come toward the end. The first appendix lists the more than 70 human beings enslaved by Harvard Presidents, Fellows, Overseers, Faculty, Staff and Major Donors. The anguish that I felt reading these names and parts of their stories was magnified as I pondered the gaps in the narrative, the information we don’t have about them. I ache for that knowledge, even as I understood this would cause me (and others) more pain.

The bits of biography surrounding the enslaved woman Dinah, who worked in the extended household of Harvard President Edward Holyoke during the 18th century, is particularly heart-wrenching. Her initial entree into this history is through a recording of her weight as a 51-pound child. A dozen years later she reappears as a household servant cleaning one of the familial homes of the Holyoke clan. Dinah’s ultimate fate remains unclear, she may have left her position of servitude with the end of slavery in Massachusetts in 1780, but a more definitive answer is still elusive.

Still, the relentless optimist in me sees this report as an opportunity to have a thoughtful, mature and necessary push toward national reparations for racial slavery. The candor of Harvard’s report, the institution’s pledge of $100 million endowment to remedy past wrongs and the diligence of the committee members and President Bacow in getting this right offer a model for a more thoughtful, invigorating and impactful confrontations of slavery’s legacy in other parts of our country.

I hope every schoolteacher in America takes the time to read the report and shares it with at least one student and friend. Parents, school boards, churches, synagogues and mosques should do likewise.

Harvard has, in its own small and significant way, with its willingness to face the most unseemly and dishonorable parts of its past, taken meaningful steps toward a path of healing. We can only build a new story of America — our past, present, and future — by confronting how we arrived at this moment together. 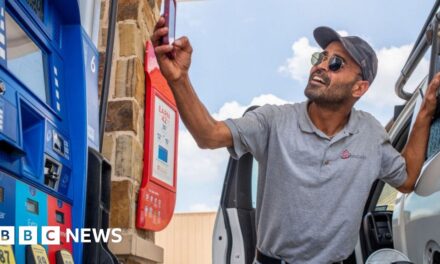 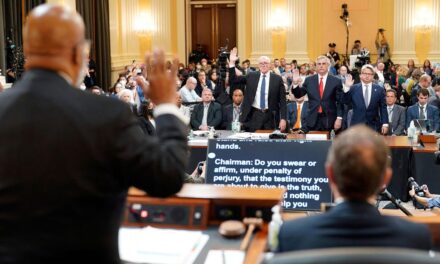 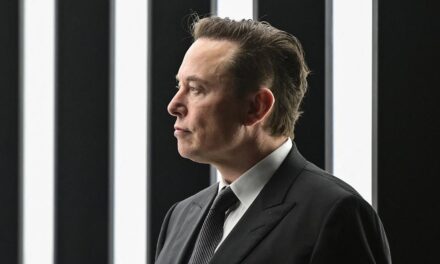