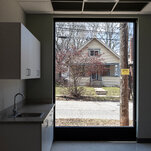 LANSING, Mich. — In an underserved neighborhood of Michigan’s capital city, a health clinic is being built with nearly $900,000 in federal pandemic relief funds, a project that could transform the community’s access to care.

Wedged among new affordable apartments and a community center, the clinic is a symbol of the rapid effect the funds have had on many local public health programs.

In Michigan and some other states, stimulus aid for cities and counties has been put to use more quickly than billions in state-designated funds, some of which remain tied up in legislatures deadlocked over how to spend them. And while much of the local aid is going to other priorities, many cities and counties say the rescue funds have provided an opening to improve chronically underfunded public health systems as they recover from the pandemic, addressing entrenched health disparities that Covid-19 has made worse.

Here in mid-Michigan, where officials have warned of soaring rates of violence, drug addiction and delayed care during the pandemic, the local aid from last year’s stimulus bill, the American Rescue Plan, has rewritten the economic fortunes of Ingham County and its public health programs — at least for now.

Of the $350 billion for states and localities in the rescue plan, $195 billion went to state governments, with another $130 billion steered to cities, counties and other local governments, many of which were projecting enormous revenue losses at the onset of the pandemic. Local governments were given broad discretion over how to spend the money, and many are using at least some of it to shore up public health.

Nearly $60 million was sent to Ingham County, home to almost 300,000 people in Lansing and its suburban and rural surroundings. Local officials worked quickly last year to use an initial tranche of $28 million, and are ready to begin applying another $28 million that will arrive this spring, some of which could be spent on an ambitious series of public health proposals.

“We have the relationships in the community and know where it can go quickly,” said Gregg Todd, the county controller.

The Ingham Health Department requested money to replace septic systems along the county’s rural fringes; hire a nurse case manager and more health providers for the new clinic and a separate addiction clinic; renovate a community dental practice; and start a harm reduction program that would aim to reduce transmission of H.I.V. and viral hepatitis. So far, the county plans to use the rescue money to fund the septic program, Mr. Todd said.

Nowhere is the money’s effect clearer than the new clinic, the Allen Neighborhood Community Health Center, which will join a network of community health centers that serve tens of thousands of patients each year. Linda Vail, Ingham County’s public health officer, said that before the stimulus funds arrived, her department had planned to open the clinic in a “bare bones” fashion and pull staff from other community clinics, “robbing Peter to pay Paul.” The stimulus funding, $750,000 for construction of the clinic and $137,956 for hiring staff, allowed the county to scrap that plan and speed up the timeline.

The county hopes to open the clinic by the summer and have it serve as many as two dozen patients a day to start.

Nearly two miles away at the Capitol, lawmakers in the Republican-controlled Legislature have yet to allocate billions in American Rescue Plan funds designated for state use, in what some state Democrats have described as an attempt to stifle the agenda of Gov. Gretchen Whitmer, a Democrat. Congress last month considered taking back unspent state funds, including from Michigan, raising howls from both parties.

Curtis Hertel Jr., a Democratic state senator who represents Ingham County, said the county’s swift use of its stimulus funds was an apt counterexample to the State Legislature’s grip on the larger pot of money, which he said could have already had a meaningful impact had more of it been released quickly.

“Michigan has a broken mental health structure,” he said. “We could have saved more Michigan lives.”

Local officials have until 2026 to spend American Rescue Plan money. In some communities, the money is just beginning to flow. Everywhere, the stimulus funds are proving to be a litmus test of local priorities.

Ingham County’s first $28 million tranche went not just to public health initiatives, but to infrastructure projects and hundreds of local businesses. One million dollars was spent on emergency medical equipment, including new ambulances, and training. The county also spent $150,000 to repair public storm drains, and $450,000 to hire more behavioral health specialists in a local mental health program, with a focus on adolescent mental health.

The resources have extended far beyond public health. Over $8 million in small business grants helped curb some of the commercial downturn Lansing suffered during the pandemic. Nikki Thompson Frazier, who owns the Sweet Encounter Bakery and Café in downtown Lansing, said her $5,000 grant allowed her to purchase more mixers, produce more pastries and hold more baking classes. The money snowballed into more growth, she said, allowing her to hire two workers.

“Sometimes you just need that little bit of push,” she said.

The clinic will have a pharmacy that provides free or low-cost prescriptions to its patients, and a lab for blood draws.

The neighborhood the clinic will serve has more than 17,000 residents and is roughly 20 percent Black, 12 percent Hispanic, 60 percent white and 3 percent Asian, according to Joan Nelson, who directs a community center next to the future health clinic. Roughly 25 percent of the community lives below the poverty level, and 20 percent of the families do not own cars, she said. A new bus stop was recently added outside the center, to help patients get to the clinic.

Dr. Adenike Shoyinka, the county Health Department’s medical director, called the investment in the Allen complex a “template” for how to reshape public health programs in Lansing.

The community center next to it includes a food pantry that distributes over 1,000 pounds of baked goods and produce each week and has a year-round farmers’ market, gardening classes and a community-supported agriculture program. The center also enrolls low-income residents in Medicaid and Affordable Care Act coverage. But Ms. Nelson said her staff often has to refer people to community clinics far away, a position it will no longer be in after the clinic opens next door.

Ms. Vail, the county health officer, said the influx of stimulus money had helped renew a focus on primary care in the area. It served a different purpose than vaccines, tests, treatments and personal protective equipment, she said, but one that was equally important.

“It takes investment and money to recover from a pandemic, not to just respond to a pandemic,” she said.

The new resources, Ms. Vail added, could help reverse sagging faith in local public health departments, some of which are working to restore their reputations after they became the target of people angry about pandemic restrictions.

“I think we have a big job to do to regain trust,” she said. “Unless people trust us, then they’re not going to continue to come to us for all of the things that we can provide for them,” including “the immunizations, the nurse home visiting programs that keep mothers from losing their babies before they’re a year old” and the food assistance program for women, infants and children, known as WIC.

United States Representative Elissa Slotkin, a Democrat whose district includes Ingham County, traveled to Lansing recently to announce a project she had shepherded with federal funds, which will add social service workers to the Lansing Police Department for mental-health-related calls.

Ms. Slotkin said she worried that the benefits of federal Covid-19 stimulus aid could be fleeting in a state in which some counties have just one public health official.

“The entire health care system is being propped up by Covid money,” she said in an interview, referring to stimulus funds passed under both the Trump and Biden administrations. “What are they going to do to take some of those temporary gains and turn them into a strategic change in the state on public health and mental health?”

The next day, several miles north at another community health center, staff members prepared strips of Suboxone, a medication that can help wean opioid users off the drugs, part of a program that aims to address a spiraling fentanyl crisis in Lansing.

The clinic, which treats homeless residents of an adjoining shelter, is still looking to hire more providers. More funds are needed for a new project to reduce drug overdoses and deaths, which spiked during the pandemic, Ms. Vail said.

Further south, at the Forest Community Health Center, federal stimulus could be used to revamp the facilities of the dental practice, which is seeing enormous demand. In a refugee resettlement city, the clinic treats thousands of refugees each year, including more than 300 who arrived recently from Afghanistan.

Federal relief was initially a challenge for the clinic to use quickly, said Izabela Wackowski-Norris, who oversees it. But federal and local assistance eventually helped the clinic to afford protective equipment, an outdoor drive-through structure and telehealth software, among other resources.

Ms. Wackowski-Norris said she hoped to soon hire a psychiatrist and a dietitian, and to build out the clinic’s H.I.V. treatment program.

“We’re here, and we do the best that we can,” she added. “But we just can’t do everything we want to do, because we’re not made out of money.”

After Biden stimulus, US economic growth could rival or even surpass China’s

Unemployment benefits expire March 14. What’s at stake for the stimulus

Evictions are halted: Here’s what you need to know