Yellen to Warn of Economic Repercussions From Ukraine Invasion 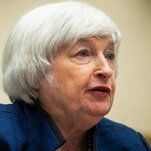 Business|Yellen to Warn of ‘Enormous Economic Repercussions’ From Ukraine Invasion

Treasury Secretary Janet L. Yellen plans on Wednesday to warn of major consequences for the global economy as a result of Russia’s invasion of Ukraine, with both the conflict and global sanctions imposed in response to Russia’s aggression disrupting the flow of food and energy around the world.

The comments by Ms. Yellen, who will appear before a House committee on Wednesday, come as the United States and the European Union are poised to announce another round of sanctions on Russian financial institutions, government officials and state-owned enterprises as the war in Ukraine shows no sign of abating.

“Russia’s actions represent an unacceptable affront to the rules-based, global order, and will have enormous economic repercussions in Ukraine and beyond,” Ms. Yellen will say at a Financial Services Committee hearing, according to her prepared remarks.

Ms. Yellen will make clear that the United States has no intention of easing the economic pressure it is exerting on Russia through sanctions on its central bank, financial institutions and leaders. Ms. Yellen plans to emphasize that more than half of the world economy is united in the effort to impose sanctions on Russia and that the Biden administration is working to ensure that Russia does not benefit from financing available through the World Bank and International Monetary Fund.

“Treasury is committed to holding Russia accountable for its actions so it cannot benefit from the international financial system,” Ms. Yellen plans to tell lawmakers.

Ms. Yellen also plans to underscore how the war in Ukraine is causing global food prices to surge amid disruptions to wheat exports, casting the effect as especially problematic for poor countries. She will also argue that Russia’s actions are a reminder to invest in energy independence so the world is not reliant on such nations for oil and gas.

“We are witnessing the vulnerability that comes from relying on one fuel source or one trade partner, which is why it is imperative to diversify energy sources and suppliers,” Ms. Yellen will say.

The economic disruption is taking place at a fragile moment, as the global economy emerges from the coronavirus pandemic, which has snarled supply chains and fueled inflation.

Ms. Yellen plans to note that low-income countries continue to need assistance in addressing their debt burdens and to call on international financial institutions to improve vaccine distribution to developing countries.

“As long as this pandemic is raging anywhere in the world, the American people will still be vulnerable to new variants,” Ms. Yellen plans to say. 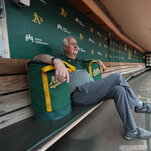