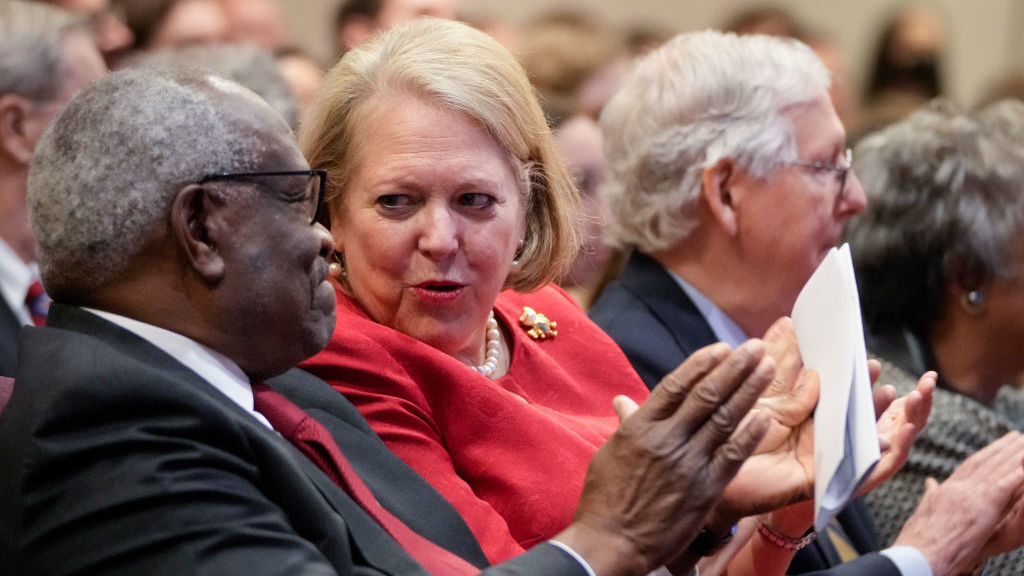 CBS and the Washington Post report that toward the end of the Trump administration, Ginni Thomas exchanged text messages over several weeks with Mark Meadows, who was White House chief of staff at the time.

The text messages were obtained by the House committee investigating the Jan. 6 attack on the U.S. Capitol.

Robert Costa, CBS News’ chief election and campaign correspondent, told NPR that Ginni Thomas reached out to Meadows days after the election, when “President Trump was already eyeing a potential hearing at the U.S. Supreme Court.

“It was the beginning of a 29 text message-exchange between November 2020 and January 2021,” Costa said. NPR has not independently confirmed the reporting.

It is not the first time Ginni Thomas has been the center of controversy.

Earlier this month, Thomas tried to rebut claims that there was a conflict of interest between her conservatives activism and her husband’s work on the highest court. In an interview with the conservative website the Washington Free Beacon, she said that while she did attend the Jan. 6 rally that preceded the violence at the Capitol, she left before Trump spoke at noon and before the rioters breached the Capitol complex.

It is not clear whether Justice Thomas was aware of his wife’s correspondence with Meadows.

Read more of the highlights of Costa’s interview with NPR and what the text messages revealed below.

On how the texts show relationships across different branches of the U.S. government:

It’s extraordinary. This is a pipeline between the spouse of a Supreme Court justice and the chief of staff at the White House, one of the top executives and officials in the executive branch, and they’re communicating at times about the legislative branch — Congress. It’s this overlapping of relationships across the United States government, and they all have seemingly one mission: to overturn the 2020 election to stop Joe Biden from taking the White House, and at times they are communicating about legal strategy.

On whether Ginni Thomas referenced her husband in the texts:

It’s important to note that the Supreme Court and Justice Thomas … are never referenced in a way that is clear. And we’ve reached out to Justice Thomas and Ginni Thomas repeatedly for some kind of clarification. They have so far not responded.

But what we do see is a reference in the text messages from Ginni Thomas to a best friend. She does not say whom she is referring to in that. Public documents and speeches show that Ginni Thomas and Clarence — the Supreme Court justice — have both referred to each other as “best friend” in the past. But again, we do not know exactly who she is referring to. She also mentions his 1991 confirmation hearings at one point.

On how Meadows reacted to Ginni Thomas’ messages:

There are times he seems to seriously embrace her message. At one point, he invokes his faith, talks about God, the “King of Kings,” and how this is not just an election fight. He frames it as a fight of good vs. evil.

On the possible conflicts of interests in a Supreme Court justice’s wife communicating with the White House chief of staff to overturn a presidential election:

And the bigger picture is he ruled on several Trump-related cases. He was part of decisions about throwing out some of the election cases, but he said, in his own writing, [that] those cases should be heard.

On possible consequences for Justice Thomas: 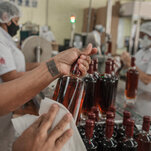 In Venezuela, a Rum Maker Offers Gangsters a Life Outside of Crime 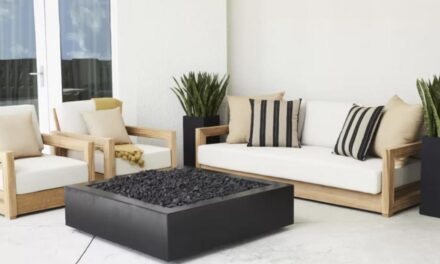 4th of July sales have kicked off early: Here’s what you should buy