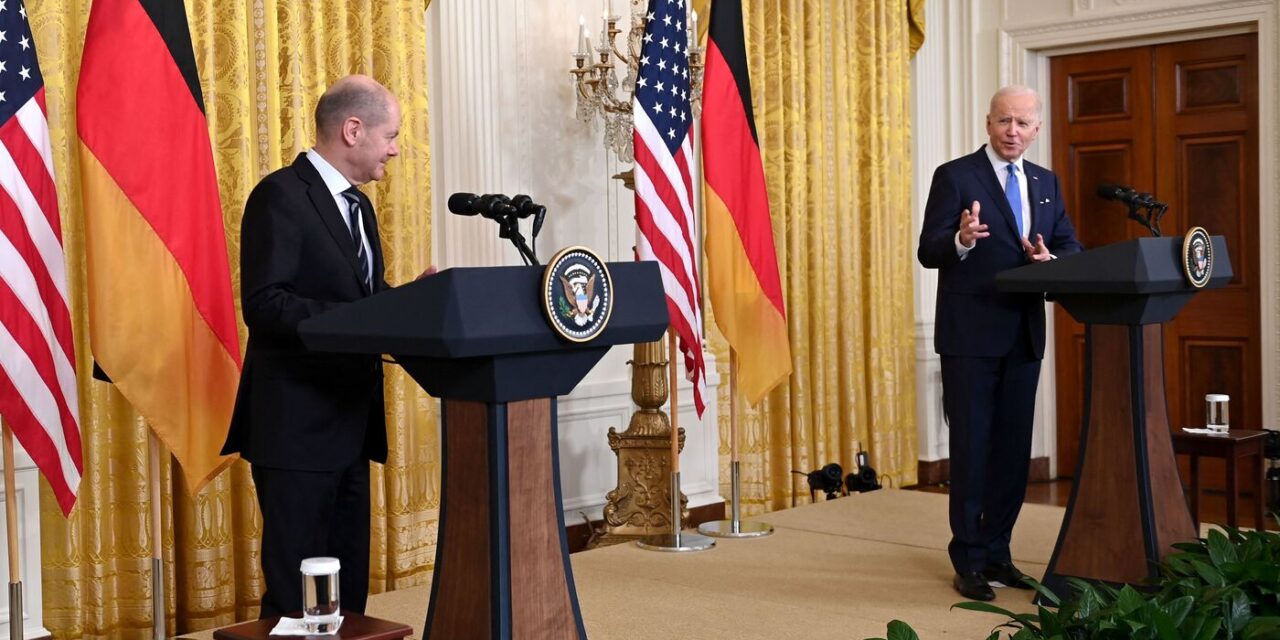 President Biden speaks during a joint news conference with German Chancellor Olaf Scholz at the White House on Monday.

President Biden and German Chancellor Olaf Scholz said during a joint news conference on Monday that they are in complete agreement on sanctions against Moscow if diplomacy fails and Russia invades Ukraine again.

That includes working together to stop the Nord Stream 2 gas pipeline — a multibillion-dollar vein that runs from Russia to Germany.

The pipeline is not yet operational but has emerged as a key issue in the standoff.

“If Russia invades, that means tanks or troops crossing the border of Ukraine again, there will no longer be a Nord Stream 2,” Biden said. “We will bring an end to it.”

Asked how the U.S. would ensure that, Biden did not offer specifics: “I promise you: We will be able to do it.” It’s a point Biden administration officials have stressed in recent weeks.

Scholz, who did not speak specifically about the pipeline, emphasized that Germany and the U.S. are united on a package of potential sanctions, saying there would be no measures with a differing approach.

“We will be united. We will act together,” Scholz said, speaking in English to reinforce his point. “We will take all the necessary steps, and they will be done together.”

Cutting off the Nord Stream 2 pipeline could damage Russia’s economy but could also have negative impacts on Europe at large. Moscow supplies nearly 40% of Europe’s natural gas.

In response to sanctions, the Kremlin could be tempted to weaponize its energy reserves and cut supply to its European customers, impacting home heating and natural gas-powered factories.

Asked for his latest assessment of whether Russian President Vladimir Putin would invade Ukraine, Biden said: “I know that he’s in a position now to be able to invade. … What he’s going to do, I don’t know.”

Biden said a Russian invasion would be a “gigantic mistake,” saying, “We will impose the most severe sanctions ever imposed.”

He said it would be wise for Americans to leave Ukraine in case an invasion happens, though he said he was not recommending that the U.S. diplomatic corps leave.

The meeting between the two global powers on Monday marked the latest strategy session regarding how best to address Russia’s escalating military actions along its border with Ukraine.

French President Emmanuel Macron traveled to meet Putin on Monday and then is on to the Ukrainian capital, Kyiv.

Last week, the White House authorized the temporary relocation of some 3,000 U.S. troops closer to Ukraine in response to Putin positioning a large military force along the Russia-Ukraine border. 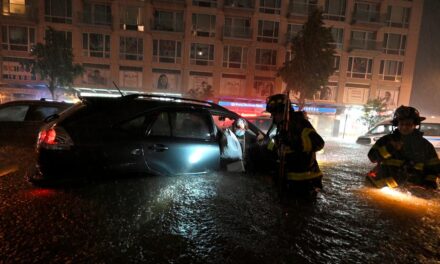 In photos: Remnants of Ida wreak havoc in the Northeast