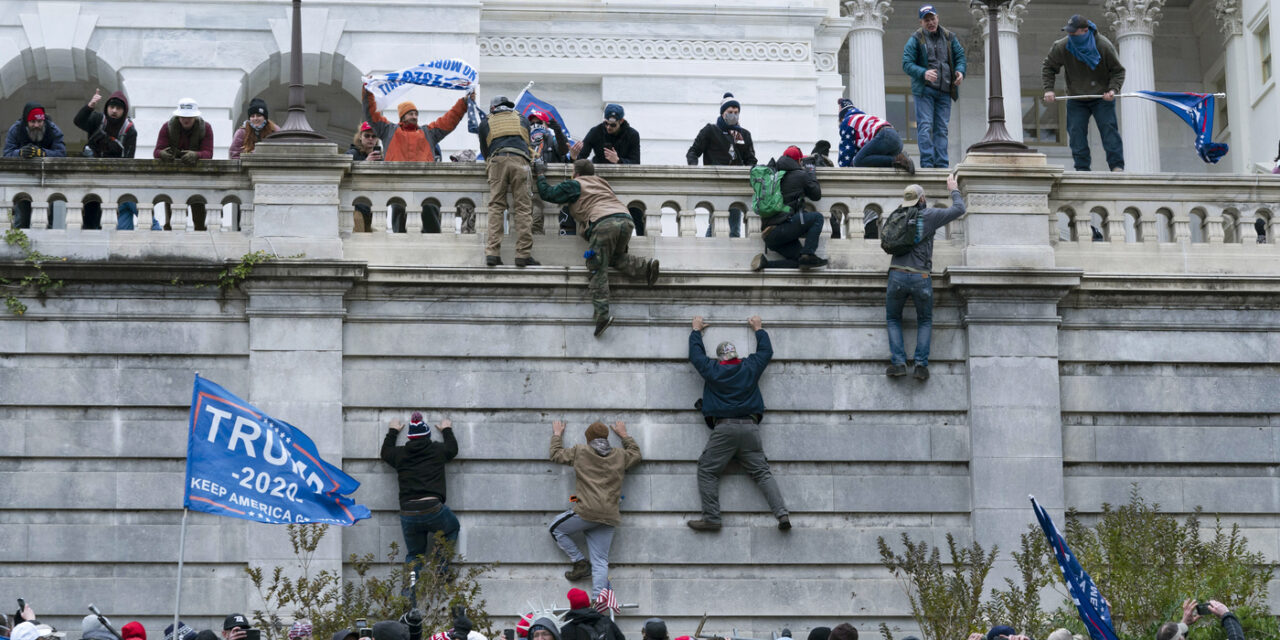 In this file photo, supporters of President Donald Trump climb the west wall of the the U.S. Capitol on Jan. 6, 2021. A new survey finds 1 in 10 Americans say violent protests are justified. Jose Luis Magana/AP hide caption

In this file photo, supporters of President Donald Trump climb the west wall of the the U.S. Capitol on Jan. 6, 2021. A new survey finds 1 in 10 Americans say violent protests are justified.

Nearly a quarter of Americans say it’s sometimes okay to use violence against the government — and one in 10 Americans say violence is justified “right now.”

That’s the finding of a new report by The Covid States Project, which asked 23,000 people across the country whether it is “ever justifiable to engage in violent protest against the government?” The report is one of several in recent months that find people more likely to contemplate violent protests than they had been in the past.

Nearly one in four said violence was either “definitely” or “probably” justifiable against the government. A similar percentage of liberals and conservatives agree on this point.

That’s not surprising when you think about how American history is taught, said Covid States Project co-director David Lazer.

“You know, we begin with the American Revolution against an illegitimate government and so we are, in a sense, taught from grade school that it is at some points in history justifiable to engage in violent protest,” he said.

The Covid States Project typically asks questions about Americans’ Covid-related policy preferences and behaviors — whether they understand what kinds of masks are better at filtering viral particles, for instance, or what they think about vaccine mandates. But in the current political climate, Covid questions aren’t too far-removed from questions about violence, Lazer said.

“Before the election in 2020, we were looking at both beliefs around the anticipated legitimacy of the election, as well as things like vote modality — because obviously how people voted was determined in part by Covid,” he said. “We see it all in part as a package with what has happened over the last two years to American society.”

The survey also found that one in ten Americans say violence is justified right now. Republicans and ideological conservatives are most likely to say violent protest against the government is justifiable right now, the report found. Among Republican men, the figure rises to nearly one in five.

Two-thirds of those who believe violent protest is justified say the federal government is an appropriate target; about one-third direct their ire at state governments.

“Unfortunately, these survey findings are not at all surprising,” said Rachel Kleinfeld, a senior fellow at the Carnegie Endowment for International Peace. Kleinfeld, who was not involved in the survey, says the findings are consistent with other recent polling.

Last year, a University of Chicago poll found almost one in ten Americans believed the use of force was justified to restore Trump to the presidency after he lost. And in December, the Washington Post and University of Maryland together found that one in three Americans think violence against the government is sometimes justified.

The number of Americans who support violent political protests have doubled over the last decade, she said. And to Kleinfeld, these poll results reflect more than just philosophizing.

“It’s moved from the sphere of chest thumping into the sphere of reality, and it’s affecting election workers, volunteer poll workers, school boards, you know, really the kind of warp and weft of our democratic system,” she said.

The government needs to hold citizens to account, says Kleinfeld: Not just those who would storm the Capitol, but anyone who threatens the workers that keep our democracy running.

Polls can overstate potential for violence, some researchers say

But some researchers, who weren’t involved in conducting the survey, worry that the findings — while provocative — may overstate American support for political violence. Sean Westwood, a professor of government at Dartmouth College, is working on a paper that tries to correct for the errors in measurement that exist when people are questioned about political violence.

“When trying to measure violence, there’s this tendency to try to be as general as possible to try and capture as much support as possible,” Westwood said. And people who are indifferent — who haven’t thought much about political violence or protests — may randomly pick between the options, which could lead to an over-counting of people who support political violence, he said.

“There are a lot of instances we can think of where violent protests against the government could very well be justified,” he said, pointing to the Warsaw Ghetto riots against the Nazis, or the civil rights movement in the U.S. “And that is going to vary quite dramatically from what we saw on January 6.”

Yet, both scenarios would be captured in the survey question.

“So it’s really impossible, in the set up, to know what respondents are agreeing to,” Westwood said.

Christian Davenport, a professor at the University of Michigan and a research professor at the Peace Research Institute Oslo, is similarly circumspect. While the numbers are “not especially surprising,” Davenport said he’s “not a fan of the use of polls exclusively” to determine a populace’s potential for violence.

“Individuals will say a great number of things on a poll,” he said, “but never show up for anything.” 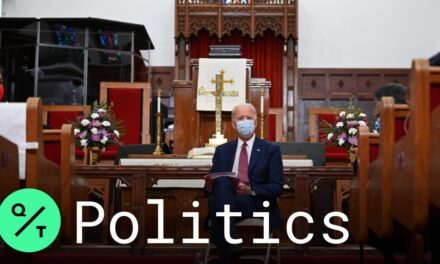 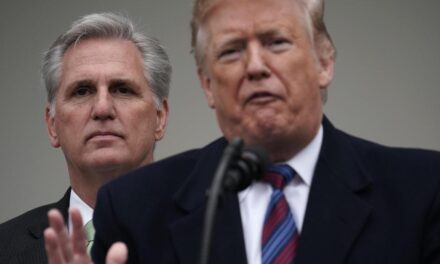