Ten people were injured and at least three hospitalized after a bridge collapsed early Friday in Pittsburgh’s East End.

At least 10 people were injured when a snow-covered bridge in Pittsburgh collapsed early Friday, just hours before President Biden was due to visit the city to highlight his push for infrastructure improvement.

Pittsburgh Public Safety confirmed the collapse in a tweet just before 7 a.m. ET. The bridge covers a wooded ravine and creek within the city’s Frick Park, according to the Pittsburgh Post-Gazette.

A short time later, Pittsburgh Public Safety said there was a strong smell of gas in the area and confirmed that a gas line had been cut. It added that the Red Cross had been contacted for “victim assistance.”

At least three of the 10 people who were hurt were taken to the hospital, according to Pittsburgh Public Safety. They said the injuries were not life-threatening.

Fire Chief Darryl Jones said that there was a “massive gas leak, but that is now under control.” The families who had to evacuate have since been allowed to return, according to CBS affiliate KDKA.

All K-5, K-8, 6-8 and Special Schools will transition to remote learning, Pittsburgh Public Schools said, citing “the impact of a bridge collapse in the East End and a high volume of bus driver call-offs.”

How the collapse unfolded

It is not clear what caused the bridge to collapse. Several cars and a Port Authority bus were involved.

Port Authority spokesperson Adam Brandolph told NPR that the bus was “nearly at the East side of the bridge” when it began to collapse at around 6:45 a.m. Crews helped get the operator and two passengers off the bus, and none were injured.

“We are extremely thankful that no one from the bus has reported any injuries, and grateful for the first responders who risked their own lives to save others,” Brandolph added.

Pennsylvania Gov. Tom Wolf said in a tweet that his office is monitoring the situation and is prepared to provide support as needed.

The incident occurred on the same day as Biden’s scheduled visit to Pittsburgh. The White House previously said he would visit Carnegie Mellon University at Mill 19 and deliver remarks “strengthening the nation’s supply chains, revitalizing American manufacturing, creating good-paying, union jobs, and building a better America, including through the Bipartisan Infrastructure Law.”

Biden’s trip will proceed, the White House told reporters, adding that it will stay in touch with state and local officials about the cause of the collapse and any federal assistance needed.

“This is a major artery; a lot of work needs to be done,” he said, according to WESA.

Pittsburgh Mayor Ed Gainey stressed how important passage of the federal infrastructure plan is for Pittsburgh and southwestern Pennsylvania, the station reported.

“We know we have bridges we need to take care of,” Gainey said. “For him coming today to talk about why this funding is so important … this is critical we get this funding.”

The bridge has been listed in poor condition

The 447-foot-long bridge is listed in poor condition in the National Bridge Inventory database. The Pennsylvania Department of Transportation ranks elements of its structure from “poor” to “satisfactory,” member station WESA noted.

Kim Lucas, acting director of Pittsburgh’s Department of Mobility and Infrastructure, the agency responsible for the structure, told NPR that the bridge was inspected on time in September 2021. But, she said, the inspection report is not publicly available. NPR has requested the report from the city.

“We’ll see what that will (tell) us, but I would imagine you’ll likely see in the City of Pittsburgh an effort to try to do additional assessments on all the bridges around the area to prevent things like this from happening again,” he said.

Proud Boys Kick Off Portland Rally With a Prayer 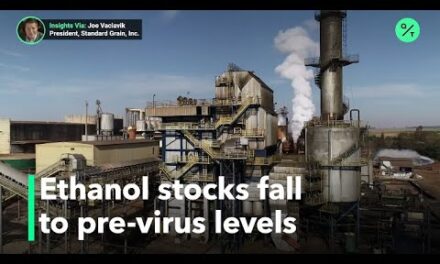