Why humans are losing the race against superbugs 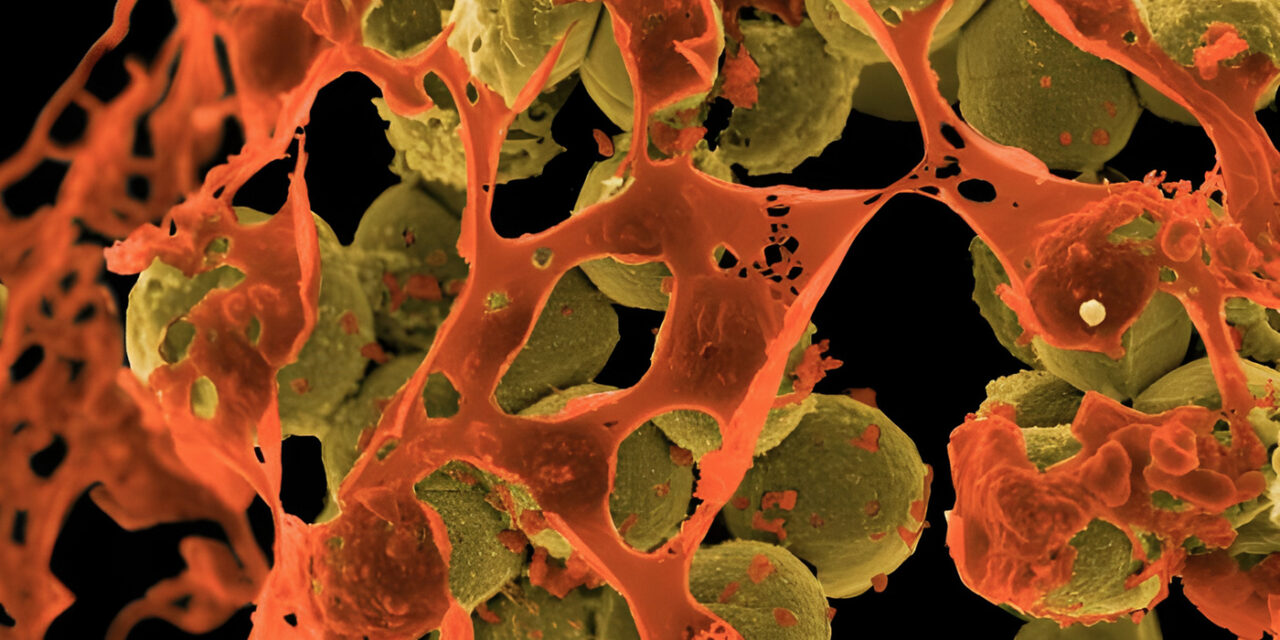 MRSA, depicted above in yellow and surrounded by cellular debris, is the name of a staph bacteria that resists treatment by many common antibiotics. The image is from a scanning electron micrograph. MRSA stands for methicillin-resistant Staphylococcus aureus. NIH/NAID/IMAGE.FR/BSIP/Universal Images Group via Getty Images hide caption

MRSA, depicted above in yellow and surrounded by cellular debris, is the name of a staph bacteria that resists treatment by many common antibiotics. The image is from a scanning electron micrograph. MRSA stands for methicillin-resistant Staphylococcus aureus.

Drug-resistant bacteria –also known as superbugs — are on the rise globally, and they’re now killing more people each year than either HIV/AIDS or malaria. And low- and middle-income countries are being hit the hardest by the rise in antibiotic resistant infections.

“That resistance out there is actually now one of the leading causes of death in the world,” says Chris Murray, the director of the Institute for Health Metrics and Evaluation. Murray is one of the authors of the new study, published in the medical journal The Lancet, that finds that in 2019 drug resistant infections directly killed 1.2 million people and played a role in 5 million more deaths worldwide. Murray and his colleagues set out to quantify how much of a problem antibiotic resistance is globally and they found that bacteria are mutating to evade antibiotics at a pace far faster than many researchers had previously forecast.

The conventional wisdom used to be that the failure of antibiotics was a so-called “First World” problem. But Murray says this new study shows it happening all over the world.

“In the past, we all thought that you had to be rich enough to use a lot of antibiotics inappropriately to have this problem,” he says. “But that’s not the case.”

Latin America is right in the middle. But Dr. Fiorella Krapp Lopez, an infectious disease physician in Lima, says being in the middle is still quite bad.

“We do have a very high frequency of resistance to different types of antibiotics, first line and second line [antibiotics],” Krapp says. “And the problem has been increasing in the last years.”

She says antibiotic resistance is affecting every level of health care in Peru.

“Unfortunately, I think it’s everywhere. We are seeing it in the community with infections that used to be very simple to treat like urinary infections,” she says. Physicians are seeing minor wounds that in the past may have only needed a bandage but now are turning into multi-drug resistant infections. “And we also see it in very sick patients with bloodstream infections or very severe pneumonia. So unfortunately, it’s across the full spectrums of bacterial infectious diseases right now in Peru.”

Kapp was one of dozens of researchers around the world who contributed to the new Lancet report. She provided data specifically on drug resistance in Peru.

She says there are many reasons that this problem is harder to address in low- and middle-income countries.

First, antibiotics are often readily available to anyone without a prescription. Misuse and overuse of these fuels mutations in bacteria, leading to more resistance.

Second, the systems to flag and test for potentially drug resistant infections are not as robust as in some wealthier countries.

Krapp says the COVID crisis exacerbated all of these problems in Peru. And while it’s too early to tell she worries that the pandemic has led to a significant increase in drug resistance.

“First, there was a lot of antibiotic use during the pandemic,” she says. As the COVID crisis pounded Peru, many people who contracted the virus did not want to go anywhere near the overcrowded hospitals so they self-medicated at home.

“It is still very easy to get antibiotics in the local pharmacy without a prescription,” she notes. “Unfortunately, more than 70, 80% of [COVID] patients that arrived to the hospital were already using antibiotics at home.” They believed the drugs would aid in their recovery. But antibiotics target bacteria and wouldn’t be of much help against a coronavirus.

This scenario may be one of the reasons that Peru has had highest per capita death rate in the world from COVID. At times, hospitals and clinics were barely able to function as they were inundated with patients.

“We believe that a lot of the high COVID mortality that we had in Peru was due to secondary infections acquired in the hospitals rather than just by COVID 19,” she says. Whether or not that happened is hard to say. Monitoring for antibacterial resistance in Peru — and many other lower income countries — is limited during the best of times but especially unlikely when hospitals are overflowing with COVID patients.

“During the pandemic, the hospitals were overloaded. A lot of patients went into ICUs that were understaffed. That was just the perfect storm to have a very high transmission of these [drug-resistant] pathogens.”

It’s unclear if that was happening because as health care workers were simply trying to keep COVID patients breathing, testing bacterial samples for resistance fell low on the priority list.

Kapp says overall she’s very concerned that bacterial are evolving and learning how to evade what had been some of the world’s most powerful drugs are no longer effective against common bacterial infections. 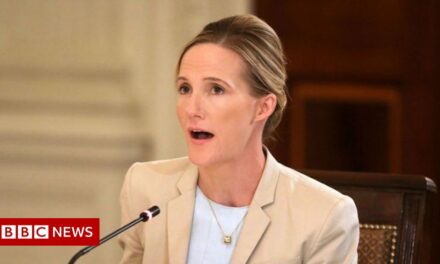 After Months of Election Mishaps, Can N.Y.C. Pull Off Early Voting?

The Volatile Mix Of A South Korean Church, Politics And The Coronavirus : NPR