11-Month-Old Girl Is Hit by a Stray Bullet in the Bronx, Police Say 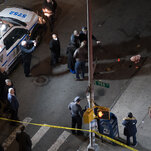 An 11-month-old girl was in critical condition late Wednesday after being hit in the cheek by a stray bullet while sitting in a parked car with her mother in the Bronx, the police said.

After first being taken to St. Barnabas Hospital in the Bronx, the girl, whose first birthday is on Friday, was intubated and moved to Weill Cornell Medical Center in Manhattan, the police said. Her condition was later described by the police as critical but stable.

The shooting was the latest in a series of violent episodes that have put New Yorkers on edge while testing Mayor Eric Adams’s vow to improve public safety after increases in some crimes during the pandemic. Gun violence in particular has surged in parts of the city.

After being briefed on the shooting, Mr. Adams met with the girl’s family at the hospital, according to a spokesman. From there, the mayor went to the shooting site for a further briefing with investigators, to meet with anti-violence activists and to address reporters.

Speaking at the scene, Mr. Adams labeled the episode a “wake-up call” and argued again for tougher rather than more lenient measures for detaining violent criminals, especially those facing weapons charges. He urged the city’s district attorneys and state lawmakers to adopt his stance.

“When you look at the video, it was a total disregard for the innocent people who are walking these streets,” he said, an apparent reference to footage from security cameras. “This is not the city our children should grow up in. And we need help.”

One of the bullets traveled through the back of the car, hitting the baby in the cheek before landing in the front seat, the police said.

Mr. Adams described the girl’s father, who was in a nearby drugstore at the time of the shooting, running out when he heard his wife’s scream and seeing her “holding his baby in a coat colored pink, but stained with red blood from his child.” Several hours later, the bloodstained jacket was still in the street near where investigators were working.

The two men involved in the shooting ran off, no one was in custody and the investigation was continuing, the police said.

“They are the bedrock of our city” the mayor said of the girl’s parents, adding that when he met them at the hospital “the first thing the mother did when she walked in the room, she grabbed our hands and she prayed.” The couple have two other children, Mr. Adams said.

Before addressing reporters, Mr. Adams, wearing a Police Department jacket emblazoned with the word “Mayor,” huddled with several anti-violence activists. Afterward, in his news conference, he criticized those who “say that we should not incarcerate those who are discharging bullets of death.”

Shanequa Charles, one of the activists he had just spoken with, said later that focusing on incarceration ignored the root of the problem.

“We can be incredibly angry with the person that pulled the trigger, we can be incredibly angry at the situation that caused for yet another one of our babies to be hurt,” said Ms. Charles, the executive director of Miss Abbie’s Kids, a youth-development nonprofit in the Bronx. “But the question that we also need to be asking ourselves, as we are angry at those conditions, is: What caused them?”

The early days of Mr. Adam’s term, which began on Jan. 1, have been accompanied by a spate of violence, including the fatal shoving of a 40-year-old woman into the path of a subway train at Times Square station last weekend. The police said a homeless man who was once deemed too mentally ill to stand trial on drug-related charges had confessed to the killing.

About a week earlier, a 19-year-old woman was shot and killed by a man who was robbing a Burger King in East Harlem, the police said. On New Year’s Day, an off-duty police officer was shot in the head while sleeping in a car between shifts outside an East Harlem station house.

The shooting of the baby on Wednesday came the night after, and about a mile from, an incident in the Bronx in which a police officer was shot while scuffling with a person who the police said had a gun.

On Wednesday, the 16-year-old suspect in the shooting of the officer, whose name officials have not released and who was also wounded, was arrested and charged with attempted murder and criminal possession of a weapon.

Officials said on Tuesday that the teenager had been sentenced to probation last month in connection with a gun arrest last year. They also said the gun he had with him on Tuesday was reported stolen in South Carolina in 2020.

Mr. Adams has called in the past for strict measures to stop the flow of guns from the South into New York and other northern cities, and he said on Wednesday that he planned to raise the issue at a scheduled appearance at the U.S. Conference of Mayors in Washington on Thursday.

The shooting of the baby also came about 18 months after a toddler named Davell Gardner was fatally struck by a bullet when gunmen attacked a nighttime cookout in Brooklyn.

Late Wednesday, Betsy Abril, 32, leaned against the brick wall of an apartment building overlooking the shooting scene. She said she lived half a block away and had three children of her own, including a 3-month-old daughter. The shooting, she added, made her uneasy about letting her son to go to the store by himself for snacks.

“As a mother myself, this was heartbreaking,” Ms. Abril said. “It’s scary, this neighborhood is getting out of hand, so many things going on. It wasn’t like this before.”

Mr. Thomson, who was standing not far from the site of the shooting Wednesday night, said he had grown up in the area and still visited periodically.

“This doesn’t really surprise me, but you usually don’t see things as big as this,” he said, gesturing past police cars and yellow tape to the block between Valentine Avenue and the Grand Concourse.

“I’ve witnessed a drive-by, a guy pointing a gun to somebody else, so I’ve seen things in this neighborhood,” Mr. Thomson, 34, said. He said he was aware of Mr. Adams’s pledge to make the city safer, but he was not confident that things would improve soon.

There would, he said, “always” be “bad people, with bad intentions.” 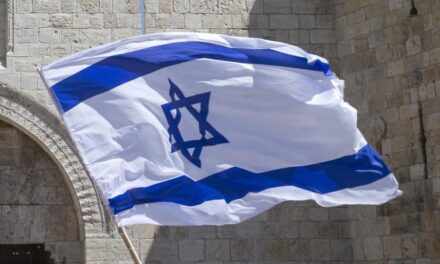 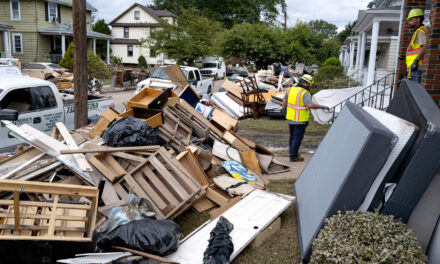 Former Ohio House Speaker Is Expelled After His Indictment : NPR 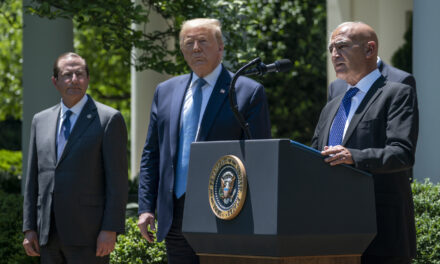