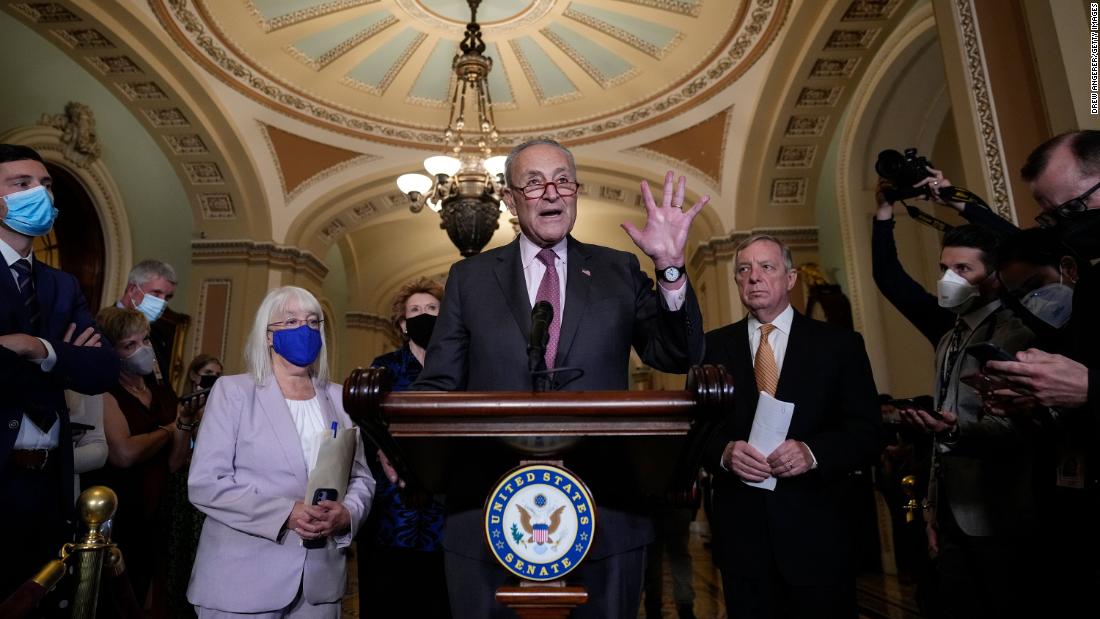 (CNN)Senate Democrats are desperately searching for a way to pass voting legislation amid pressure from President Joe Biden, but the path ahead looks increasingly grim with influential moderates Joe Manchin and Kyrsten Sinema unlikely to support a rules change necessary to get the bills over the finish line despite a frantic lobbying campaign from their own party.

Biden called on the Senate to change its filibuster rules in a forceful speech on Tuesday and is coming to Capitol Hill on Thursday to meet with Senate Democrats to discuss the voting rights push. Senate Democrats are also holding a series of meetings on the issue, but so far Manchin and Sinema, two Democratic senators who have long expressed opposition to eliminating the 60-vote threshold for most legislation, appear unmoved.

Sinema had no comment on Biden’s speech, but a spokesperson told CNN that her position hasn’t changed: She still opposes eliminating the 60-vote threshold but is open to discussing ideas to improve the way the Senate works.

The Arizona Democrat’s position — along with Manchin’s — underscores the reality that there is no viable path to get the sweeping legislation to overhaul election laws onto Biden’s desk.

Democratic talks with Manchin and Sinema have been “intense,” a Senate source who attended the meetings told CNN, but they have not had any breakthroughs on gutting the 60-vote threshold to pass bills that would overhaul voting laws. As a result, Democratic leaders have not decided on which rules change to vote on yet.

“We have gone back-and-forth and up-and-down,” the source said.

Manchin on Wednesday declined to give his views about Biden’s speech other than saying it was a “good speech.”

Asked about Biden’s comments that the majority should rule in the United States Senate, Manchin said, “He understands — we all understand how the Senate works.”

Manchin and Sinema have repeatedly voiced concerns over the long-term ramifications for the country if a majority could work its will over the minority party without being reined in by the filibuster. And Manchin has indicated that any rules changes should only be done on a bipartisan basis.

The dynamic has created a seemingly immovable obstacle for Democrats, who hold a narrow majority in the Senate and House — and face enormous pressure to pass voting legislation.

Voting bills are a major priority for liberal activists and voters, but Democrats have continually run up against a wall of Republican opposition in the Senate where the 50 votes that Democrats control is not enough to pass the bills as long as the filibuster remains in place.

As Democrats now push to change filibuster rules, the party is again hitting a wall of opposition, but this time from within their own ranks.

The party recently suffered another major blow to Biden’s agenda when Manchin said he could not support the Build Back Better Act, sweeping legislation to expand the social safety net and fight climate change. The legislation had stood as a centerpiece of Biden’s domestic agenda, but it is now unclear whether Democrats will be able to pick up the pieces and salvage any of the it.

As the clock ticks down to the 2022 midterm elections, it is also likely to become increasingly difficult for Democrats to pass any kind of major legislation.

Despite the obstacles in their way, Senate Democrats are not giving up for now or conceding defeat.

Senate Majority Leader Chuck Schumer said on Wednesday that “intense” meetings with Manchin and Sinema continue as they “try to come to a place” where 50 senators can support both Democrats’ elections bills as well as a Senate rules change to pass them. He said, however, “we’re not there yet.”

The New York Democrat indicated that he is prepared to hold a vote no matter where the discussions land.

Schumer has previously set a deadline of January 17 — Martin Luther King Jr. Day — for the Senate to vote on a rules change if Republicans continue to block voting rights legislation.

While Democratic leaders have not yet decided on which rules change to vote on, Democrats have focused mainly on instituting a so-called talking filibuster, forcing senators to hold the floor if they want to filibuster — or a carveout, which would allow voting rights legislation to be advanced by a simple majority.

Manchin and Sinema have not been in favor of anything that would reduce the 60-vote threshold. Manchin has been open to more modest reforms — such as eliminating the filibuster on opening debate and also making the new filibuster threshold three-fifths of those present and voting, rather than 60.

But he has opposed changing the rules via party lines, instead seeking to do so by 67 votes under regular order.

Sinema met with Democrats on Tuesday night and also will gather Wednesday.

“I wouldn’t want to delude anybody into thinking this is easy, but we’re trying to come to a place where 50 senators can support two bills — the Freedom to Vote Act and the John Lewis Act — and with a change in the rules, so we can get the votes to pass these bills into law,” Schumer said.

Most Republicans have dismissed the Democratic voting bills as partisan overreach and have lined up in opposition.

“How profoundly — profoundly — unpresidential,” McConnell said. “I’ve known, liked and personally respected Joe Biden for many years. I did not recognize the man at the podium yesterday.”

This story has been updated with additional developments Wednesday.

‘Whole thing is a joke’: Arizona Secretary of State on election ‘audit’ 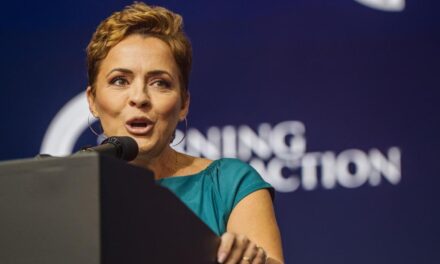 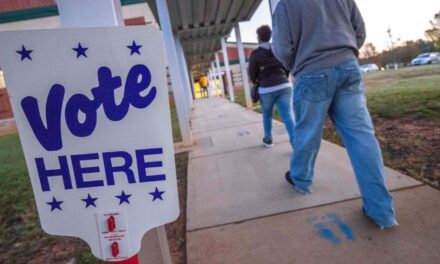