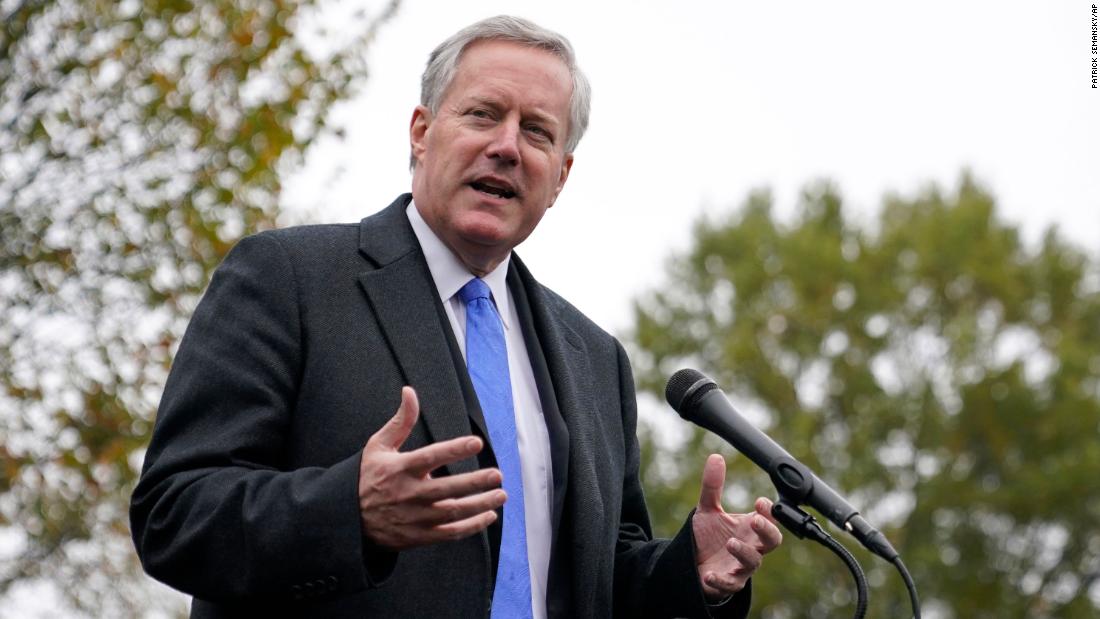 Those texts, as several members of the committee noted, were already turned over to the committee and are not covered by any claim of privilege — which Meadows has continued to assert since reversing his decision to cooperate with the investigation.

The Jan. 6 committee publicly released graphics that include texts sent to Meadows during the days around the insurrection.

The committee pointed to texts exchanged between Meadows and lawmakers, Fox News personalities and Trump’s eldest son about the urgency for the former president to act to stop the siege.

Here’s what the texts said:

Texts from unnamed lawmakers sent to Meadows said that former Vice President Mike Pence “should call out all electoral votes that he believes are unconstitutional as no electoral votes at all.”

Cheney said other texts were sent in real time about the events as they unfolded.

“These text messages leave no doubt. The White House knew exactly what was happening here at the Capitol,” Cheney said.

“One text Mr. Meadows received said quote ‘We are under siege here at the Capitol,'” she read.

“In a third, ‘Mark, protesters are literally storming the Capitol, breaking windows on doors, rushing in. Is Trump going to say something?’ A fourth, ‘There’s an armed standoff at the House chamber door.’ And another from someone inside the Capitol: ‘We are all helpless.'”

“As the violence continued, one of the President’s sons texts Mr. Meadows, ‘He’s got to condemn this ASAP. The capitol police tweet is not enough,’ Donald Trump Jr. texted. Meadows responded, ‘I am pushing it hard. I agree.'”

When the events of the certification of the Electoral College eventually happened in the early hours of Jan. 7, Meadows received a text calling Jan. 6 a “terrible day.”

“Yesterday was a terrible day. We tried everything we could in our objections to the 6 states,” the text read. “I’m sorry nothing worked.”

The House Rules Committee voted 8-4 to advance a contempt of Congress resolution against former Trump White House Chief of Staff Mark Meadows to the House floor for debate and a vote, which is expected to happen this afternoon.

The vote was along party lines.

The committee is now adjourned.

House Republican leadership is recommending its members vote “no” on the Jan. 6 committee’s referral for charges of criminal contempt against former Trump White House chief of staff Mark Meadows to the Department of Justice.

The House will hold a vote today to advance the committee’s referral.

In a memo from Republican Whip Steve Scalise, leadership outlined why they believe it is “inappropriate for Congress to find Mr. Meadows in contempt and refer him for prosecution.”

Here’s a look at what they said in the email:

“This resolution finds Mark Meadows, a former Member of the House of Representatives and Chief of Staff to the President of the United States, in contempt of Congress for allegedly failing to respond to a subpoena issued by the Select Committee and refers him to the Department of Justice for prosecution.

“He has not claimed and doesn’t have any privilege basis to refuse to answer our questions about these texts and about these topics,” she said while speaking at a Rule Committee hearing this morning. The Rules Committee is taking up the contempt item, with a full vote in the House expected later today.

“Mr. Meadows’ testimony will bear on a key question in front of this committee: Did Donald Trump, through action or inaction, corruptly seek to obstruct or impede Congress’ official proceeding to count electoral votes?” she said.

Cheney also said that Meadows was present during Trump’s efforts to try to persuade Georgia Secretary of State Brad Raffensperger to “find” votes to overturn the 2020 election.

“Jan. 6 was without precedence. There has been no stronger case in our nation’s history for a congressional investigation into the actions of a former president. We must investigate the facts in detail and we are entitled to ask Mr. Meadows about the non-privileged materials he has produced to us,” Cheney said.

Speaking during a House Rules Committee meeting on Tuesday morning, Thompson said that Meadows “has no basis to refuse to cooperate” with the Jan. 6 committee.

“I have no great desire to be here seeking consideration of this contempt referral. Mr. Meadows was a colleague for more than seven years. But that doesn’t excuse his behavior,” Thompson said.

Thompson continued: “If anything, his time as a member of the House should make him more aware of the potential consequences of defying a congressional subpoena. We have given Mr. Meadows every opportunity to cooperate with our investigation. We have been more than fair.”

Thompson said that Meadows “brought this situation on himself.”

“There’s no doubt in my mind that he is in contempt of Congress and has to be held accountable,” Thompson said.

Members of the House select committee investigating the January 6 attack on the US Capitol have shown they’re willing to pursue criminal contempt referrals against witnesses who refuse to comply with the panel’s subpoenas.

But what does that mean? Criminal contempt is one of the three options the congressional panel can pursue to enforce its subpoenas, along with civil and inherent contempt.

Former President Trump’s former chief of staff Mark Meadows is the latest official to face such a referral from the panel. Committee Chairman Bennie Thompson, a Democrat from Mississippi, said that Meadows left the committee with “no choice but to advance contempt proceedings” after he stopped cooperating with the panel.

Once a criminal contempt referral clears the House select committee, it heads to the full House for a vote. If that vote succeeds, House Speaker Nancy Pelosi certifies the report to the United States attorney for the District of Columbia.

Under law, this certification then requires the United States attorney to “bring the matter before the grand jury for its action,” but the Justice Department will also makes its own determinations for prosecuting.

Any individual who is found liable for contempt of Congress is then guilty of a crime that may result in a fine and between one and 12 months imprisonment. But this process is rarely invoked and rarely leads to jail time.

The committee approved a criminal contempt report against Trump ally Steve Bannon in October after he refused to comply with a subpoena deadline.

Read more about criminal contempt and how it compares with civil and inherent contempt. 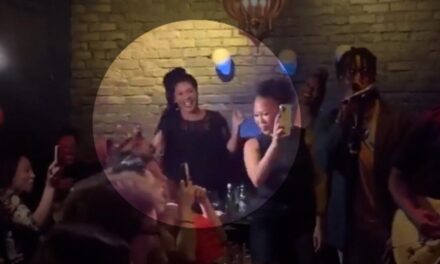 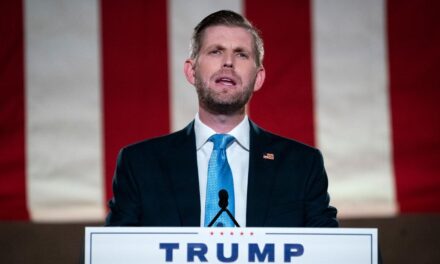 Analysis: Eric Trump thinks he knows why Putin didn’t invade Ukraine while his dad was president 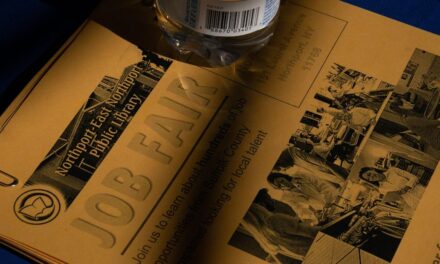 Why America’s economy may still need trillions of dollars 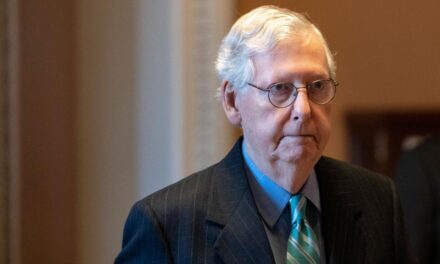 Virginia congressman blasts McConnell for comment on voters of color