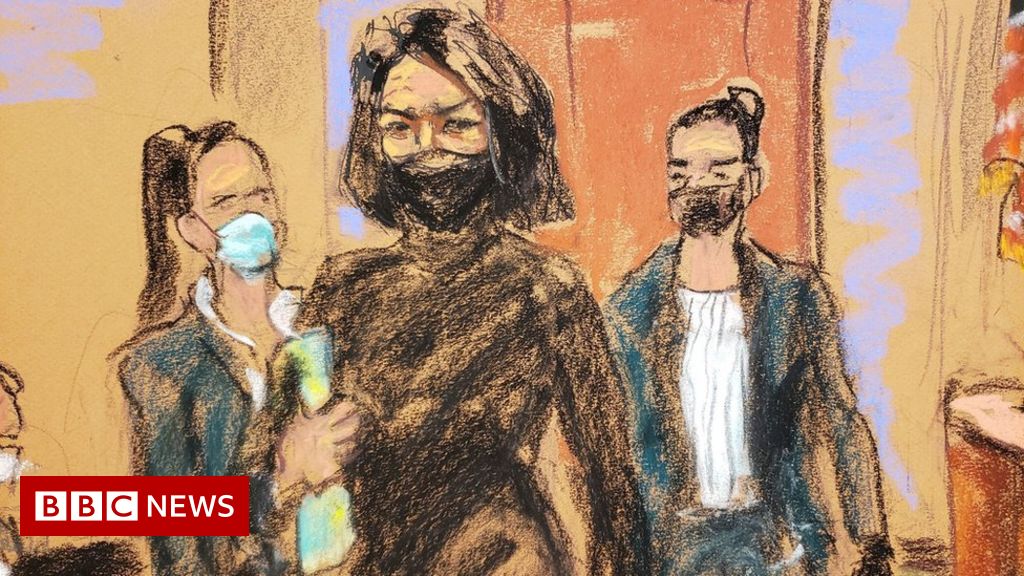 Prosecutors in Ghislaine Maxwell’s sex trafficking trial dragged in one of paedophile Jeffrey Epstein’s green massage tables to show jurors, as the first week of proceedings wrapped up in New York.

The socialite, 59, is accused of grooming teenage girls for abuse by the late Epstein. She’s pleaded not guilty to all the charges, which cover a period from 1994 to 2004.

The opening week of the trial heard emotional testimony from some of the alleged victims of Epstein and Ms Maxwell. But there were also claims that Ms Maxwell was being targeted because Epstein, whose death in prison was ruled to be a suicide, could no longer face trial himself.

Ms Maxwell, who has British, American and French citizenship, has been in a US jail since her arrest last year. She faces up to 80 years in prison if convicted.

Here are the key moments in her trial so far.

In her opening statement on Monday, prosecutor Lara Pomerantz called Ms Maxwell a predator who recruited and groomed underage girls for her long-term companion Epstein to abuse.

“She preyed on vulnerable young girls, manipulated them, and served them up to be sexually abused,” the prosecutor said. Ms Maxwell and Epstein were said to be “partners in crime” in the abuse.

But the defence said Ms Maxwell was being scapegoated because Epstein was no longer alive.

Mr Visoski recalled flying Prince Andrew, Bill Clinton and Donald Trump. None of them are accused of criminal wrongdoing.

“Epstein was the big number one,” he told the court.

The first of four Maxwell accusers to give evidence at the trial cried as she described being sexually abused by Epstein when she was 14.

The woman, using the pseudonym Jane, said Ms Maxwell showed her how Epstein liked to be massaged, and sometimes took part in their sexual encounters.

“Ghislaine was very casual, acting like it wasn’t a big deal,” Jane said.

But on Wednesday, Ms Maxwell’s defence sought to find inconsistencies in Jane’s testimony. Defence lawyer Laura Menninger pointed out that Jane now worked as an actress.

“You are an actor who convincingly portrays someone else for a living,” the lawyer stated. “You are able to cry on command.”

Employee ‘told not to look Epstein in the eye’

Ms Maxwell was the “lady of the house”, ordering staff to speak only when spoken to and to avoid eye contact with Epstein, according to Mr Alessi, who said his job included cleaning their sex toys.

He said staff were given a 58-page instruction manual, warning them to keep Epstein’s and Ms Maxwell’s activities or whereabouts secret.

“I was supposed to be blind, deaf and dumb,” Mr Alessi told the court.

Wrapping up a week of testimony in New York, Ms Maxwell’s legal team sought to undermine the credibility of Mr Alessi during cross-examination.

They challenged his recollection of meeting 14-year-old Jane in 1994, pointing to an earlier statement that he met her years later when she may have been of legal age.

Prosecutors have alleged that Epstein used massages as a “ruse” before escalating his encounters with young girls.

Michael Dawson, a detective who took part in the 2005 search, recalled how officers found a variety of sexualised images at Epstein’s home. Prosecutors also displayed a photo of a box labelled “Twin Torpedos”, which Mr Dawson said contained sex toys and was taken from an upstairs cupboard.

Gruelling testimony in the courtroom

After nearly 18 months in a New York prison, this was the week Ghislaine Maxwell finally faced her first accuser. Smartly turned out and out of her prison scrubs, the British socialite sat calmly – occasionally whispering to her lawyers, and listening intently to each testimony.

In a wood-panelled Manhattan courtroom, her alleged relationship with Jeffrey Epstein was laid out for the world to see. We saw pictures from inside his Florida mansion and his infamous “portable and collapsible” massage table. Epstein’s former pilot and house manager revealed a life of power and opulence socialising with the rich and famous.

But for the alleged victims, the week was one of gruelling testimony of alleged abuse at Epstein’s hands.

In an emotional testimony, the first accuser, “Jane,” described in graphic detail alleged sex acts at the hands of Epstein and Ms Maxwell. Though Epstein’s shadow looms large over this trial, the prosecution tried to elucidate how Ms Maxwell may have facilitated abuse.

Two of Ms Maxwell’s siblings have been there to show solidarity.

There was a gasp in the courtroom when one of the defence lawyers, accidently, uttered Jane’s real name despite a strict anonymity order – prompting an admonishment from Judge Alison Nathan. 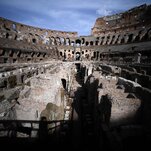 Colosseum Opens Its Belly to the Public 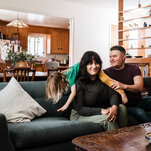 How the Coronavirus Pandemic Stalled Some Parents’ Careers