A decidedly amateur piece of adult cinema, the video shows a married couple exuberantly enjoying each other’s company. The action, recorded on a cellphone, is inadvertently comical (a mother-in-law knocks on the door in medias res) and mildly kinky. There’s a lot of breathless dirty talk, and also a latex flogger, a magenta wig and a leopard-print mask — the costume-party kind, not the Covid-precautionary kind.

There will be plenty of those in evidence later, when the camera (now wielded by professionals) moves out into the noisy, pandemic-anxious streets of Bucharest and the focus shifts from sex as a conjugal pastime to sex as a political and cultural issue. That’s where the bad luck comes in. The naughty video has made its way onto the internet — exactly how is a matter of some ambiguity — causing problems for one of the participants, Emilia Cilibiu (Katia Pascariu), a history teacher at a prestigious secondary school. Outraged parents have demanded a meeting, and much of the movie consists of Emi (as she is called) preparing for that event and then enduring it.

But plot summary is more than usually irrelevant here. “Bad Luck Banging” announces itself as “a sketch for a popular film,” and it unfolds, in its first two-thirds, as a portfolio of documentary gleanings and notebook entries rather than as a linear narrative. Shooting in the summer of 2020, Jude and his team were clearly constrained by the realities of Covid-19, but they also succeeded in turning a bad situation to creative advantage, facing the awfulness and absurdity of the present with wit, indignation and a saving touch of tenderness.

In the first section (following the pornographic prologue), Emi walks through Bucharest, talking on her phone and pursuing various errands. Dressed in a sober gray suit, her blue surgical mask double-looped over her ears, she navigates a tableau of bustling urban banality, her own stress visible in her eyes and brows.

She tries to purchase a single Xanax at a pharmacy and is given an herbal remedy instead. She pays a visit to the school director (Claudia Ieremia), whose apartment is a scene of baroque domestic chaos. The atmosphere in the shopping malls and open-air markets is even more hectic, and much less polite. Citizens lower their masks to scream obscenities at one another. Rudeness is so endemic that it seems like its own form of civility. Graphic remarks about someone’s genitals — or, more often, their mother’s genitals — sound almost neighborly.

This dissonant city symphony ends on a somber note, in a shot of a closed-down movie theater with a “For Rent” sign in the window. In the scheme of things, this may be a minor catastrophe, but it segues into a litany of disasters that make up the film’s essay-like middle chapter.

Taking a break from Emi and her plight, Jude compiles a “short dictionary of anecdotes, signs and wonders.” The entries run from “August 23, 1944” (the date Romania left the Axis and joined the Allies in World War II) to “Zen” and consist of brief skits and snippets of archival and social-media video. With grim humor, they glance at ugly facts of human existence — war, misogyny, household violence, racism, workplace exploitation — and pay special attention to Romania’s complicity in the two major forms of 20th-century totalitarianism.

Some of that information will be on the exam — or will at least resurface when Emi faces her accusers in an open-air, socially distanced inquisition in the courtyard of the school. The indignant parents include an airline pilot, a military officer, an Orthodox priest and a hipster intellectual who reads long passages of sociological theory from his phone. (He may actually be on Emi’s side, but with an ally like that, who needs trolls?) Someone invokes the name of Mihai Eminescu, Romania’s national poet of the 19th century, and Emi responds by reciting one of his lesser-known bawdy poems.

Five Movies to Watch This Winter

Someone else — an unseen heckler at a gathering that teeters between learned seminar and barroom brawl — shouts “Fox News!,” a clue that “Bad Luck Banging” is not only about Romania. In his recent films (notably “Aferim!,” “I Do Not Care if We Go Down in History as Barbarians” and “Uppercase Print”), Jude has dug into the ways the atrocities and tragedies of his country’s past continue to afflict its present. The legacies of anti-Roma and anti-Jewish racism, of Nazi collaboration and of the Ceausescu dictatorship are unavoidably connected to complacent, consumerist 21st-century Romanian life.

An American viewer may be startled at how close to home these “foreign films” can land. (“Bad Luck Banging,” which won the top prize at the 2021 Berlin Film Festival, is Romania’s official submission to the Oscars’ international film category.) “Aferim!,” a western set in 19th-century Walachia, is about how law enforcement upholds caste and racial inequalities in a slave-owning society. “I Do Not Care …” dramatizes a rancorous debate about which version of a nation’s history should be taught, and how it should be commemorated. These are fascinating windows into a distant country, and troubling mirrors of our own.

There is no American filmmaker I can think of who tackles our modern-day culture wars and their historical roots with anything approaching Jude’s honesty, wit or intellectual rigor. He’s hardly neutral, but he allows all the arguments to unfold in good faith, in a way that shows the vulnerability of his own worldly, liberal, anti-nationalist position.

This is a real achievement, though not one that makes for easy or comfortable viewing. Emi, in the last scenes of “Bad Luck Banging,” reluctantly becomes almost a Joan of Arc figure, a would-be martyr for sanity and reason facing down hypocrites, bigots and slut-shamers. Pascariu’s performance, always quiet and understated (apart from those first three minutes), turns almost heroic as the movie approaches its frenzied, demoralizing conclusion.

An onscreen text suggests more than once that “the film is but a joke.” Which is true, in a very particular sense. You have no choice but to laugh. Otherwise, you might go mad. 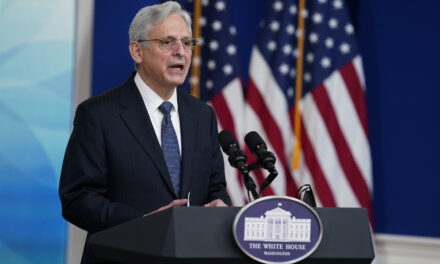 ‘The [Ortega] regime is willing to kill’, says wife of Nicaraguan activist