Now that the stimulus sugar rush has worn off, consumers are going back to their old ways of spending with their credit cards 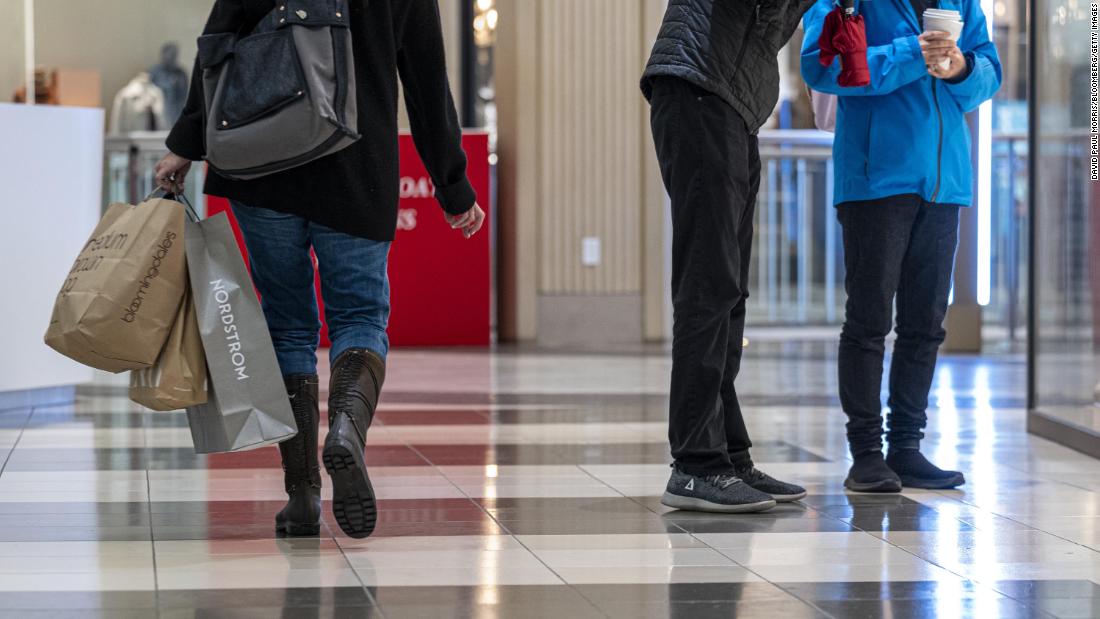 New York (CNN Business)American households are carrying record amounts of debt as home and auto prices surge, Covid infections continue to fall and people get out their credit cards again.

Between July and September, US household debt climbed to a new record of $15.24 trillion, the Federal Reserve Bank of New York said Tuesday.

“As pandemic relief efforts wind down, we are beginning to see the reversal of some of the credit card balance trends seen during the pandemic,” such as lower spending in favor of paying down debt balances, said Donghoon Lee, research officer at the New York Fed.

Now that the stimulus sugar rush has worn off, consumers are going back to their old ways of spending with their credit cards. Credit card balances rose by $17 billion, just as they had during the second quarter. But they’re still $123 bullion lower than at the end of 2019 before the pandemic hit.

Mortgages, which are the largest component of household debt, rose by $230 billion last quarter and totaled $10.67 trillion.

Even though credit card debt has yet to get back to its pre-pandemic level, total debt is already $1.1 trillion higher than at the end of 2019.

Americans are spending big at the moment. Economists’ explanation is, for the most part, “because they can”.

With the labor market recovery chugging along and the worker shortage driving up wages, people’s wallets are getting filled ahead of the holidays.

That’s a good thing, because everything is getting more expensive.

Inflation is sitting at multi-year highs thanks to supply chain disruptions that have increased the costs of shipping and raw materials. At the same time, consumer demand is also going through the roof.

The latest inflation data from early Tuesday showed prices producers receive for their products rose 0.6% in October, adjusted for seasonal swings, or 8.6% over the preceding 12-month period. Much of the increase was due to higher energy costs.

Businesses can only absorb so much of the increase in prices before passing the higher costs down to end-consumers.

Stripping out energy and food prices, as well as trade services, the producer price index rose a seasonally adjusted 0.4% last month, or 6.2% over the 12-month period.

Over the 12-month period ended October, the index has climbed 25.4%, the biggest increase since January 1975.

Consumer price inflation, which tracks prices paid for food, housing and the like in October is due Wednesday morning.

How Murray and DeLauro Scored Big Wins in Biden’s Stimulus

Opinion: What 56 million kids, and their parents, need to hear from Biden and Trump