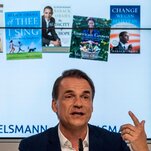 The Biden administration on Tuesday sued to stop Penguin Random House, the largest publisher in the United States, from acquiring its rival Simon & Schuster, a major antitrust lawsuit and a sign of a different view of corporate consolidation than the one that has prevailed for decades in Washington.

In a publishing landscape dominated by a handful of mega corporations, Penguin Random House towers over the others. It operates more than 300 imprints worldwide and has 15,000 new releases a year, far more than the other four major U.S. publishers. With its $2.18 billion proposed acquisition of Simon & Schuster, Penguin Random House stood to become substantially larger.

The deal, announced a year ago, has been under review by the government, which is increasingly scrutinizing the power wielded by big companies like Amazon and Facebook. Earlier this year, President Biden signed an executive order focused on spurring competition across the economy. He has appointed skeptics of corporate concentration to the Federal Trade Commission and his economic policy team. His nominee to lead the Justice Department’s antitrust division, Jonathan Kanter, is a lawyer who represented critics of the tech giants. And the federal government has gone to court to block a series of corporate deals this year, including a merger between insurance brokers and agreements to consolidate the operations of American Airlines and JetBlue in the Northeast.

Tuesday’s lawsuit, filed in the United States District Court for the District of Columbia, is a sign that the administration is willing to make more aggressive cases against corporate giants in court. It argues that the acquisition, because it would merge two publishers that are often the final bidders on the same books, would be detrimental to authors and lower their pay.

“If the world’s largest book publisher is permitted to acquire one of its biggest rivals, it will have unprecedented control over this important industry,” Attorney General Merrick B. Garland said in a statement accompanying the lawsuit. “American authors and consumers will pay the price of this anticompetitive merger — lower advances for authors and ultimately fewer books and less variety for consumers.”

Penguin Random House said it planned to fight the challenge and hired Daniel Petrocelli as its trial lawyer. Mr. Petrocelli successfully defended AT&T and Time Warner against the Justice Department when it tried to block their $100 billion merger.

In response to the Justice Department’s decision, Penguin Random House and Simon & Schuster issued a joint statement noting that the department “has not alleged that the acquisition would harm competition in the sale of books” and that Penguin Random House had not planned “any reduction in the number of books acquired or in amounts paid for those acquisitions.” The rationale for bringing the companies together, they said, was to find efficiencies that would save money on the back end, and that it had no plans to reduce the number of books it acquires or the amounts it pays for them.

“Blocking the transaction would harm the very authors D.O.J. purports to protect,” the companies added.

The department’s focus on the advances paid to authors — rather than what a consumer pays for a book — signals a significant shift. For decades, courts have largely judged mergers on whether or not they will result in higher prices for customers. But a growing cadre of lawmakers, activists and academics say that focus is too narrow. Instead, they say prosecutors should consider harms to competitors, workers and suppliers.

Many of the most sought-after books sell at auction, with multiple publishing houses bidding against one another. But some publishers don’t allow different imprints within the same company to compete at an auction. The rules at Penguin Random House have allowed for some internal competition, but only if there was also an outside party involved — say, Knopf and Riverhead, both owned by Penguin Random House, could compete as long as there was another publishing house in the game.

Want to keep up with the latest and greatest in books? This is a good place to start.

In September, Markus Dohle, Penguin Random House’s chief executive, held a virtual meeting with literary agents in an effort to address these concerns, with books by Barack and Michelle Obama — some of the most enormous blockbusters of recent years — visible behind him. He said that imprints at Penguin Random House and Simon & Schuster would still be able to bid against one another if they became part of the same company. In its statement on Tuesday, Penguin Random House said this would hold true “up to an advance level well in excess of $1 million.”

Some in publishing consider these internal bidding rules to be cold comfort given the scale Penguin Random House has already achieved and how much more of the market it would gain if the two companies combine.

Penguin Random House, which is owned by the German media conglomerate Bertelsmann, has said that it and Simon & Schuster together would account for less than 20 percent of the United States’ general-interest publishing revenue. That data is drawn from the Association of American Publishers, a trade association, which looks at the complete book market in the United States. NPD BookScan, which tracks printed books sold through most U.S. retailers, said that the market share of the two publishers was significantly higher, at about 27 percent of books that sold in the first nine months of this year.

Both companies also have substantial distribution businesses, and Penguin Random House has by far the most sophisticated printing, warehouse and shipping operations, which has helped it weather the supply-chain crisis better than some of its rivals. Penguin Random House said that bringing the two companies together would be a boost to authors because its distribution services would be available to what are now Simon & Schuster books, “making it easier to discover new titles and less likely that books will be out of stock, particularly at local retailers.”

Together, they publish roughly half of the new best-selling printed books in recent years. In 2019, Penguin Random House and Simon & Schuster had a combined 49.3 percent of hardcover best sellers, according to an analysis done by Publishers Weekly.

Antitrust prosecutors said that private statements from executives at the two companies undercut their own arguments for the deal. The companies have hinted that they saw the merger as a way to combat the power of Amazon, according to the lawsuit, but a Penguin Random House executive said that he had “never, never bought into that argument” and that a goal of the deal was for the combined companies to be a great “partner” to the online retail giant.

“PRH is a valued partner of independent bookstores in many ways,” said Allison K Hill, the group’s chief executive, “but the continued consolidation of publishing power that this sale could represent threatens to undermine competition in the book industry, harming the interests of American consumers and putting bookstores and authors at risk.”

The Authors Guild, on the other hand, was more measured, calling the decision “unexpected,” and focusing instead on larger questions of consolidation and on Amazon’s dominance in book selling. “We look forward to working with the Biden administration on antitrust reform that gets to the root of the problems in the industry, whereas the proposed merger was just a symptom,” it said.

Some antitrust experts argued that the Justice Department’s decision could have a chilling effect on other publishing companies that are angling to consolidate.

“​Other companies will take into account the probability that if they merge, they will go through the same wringer,” said Erik Gordon, a professor at the Ross School of Business at the University of Michigan.

The book business has been transformed by mergers and acquisitions in the past decade, a shift that accelerated with the merger of Penguin and Random House in 2013.

One side effect of growing consolidation could be fewer editors who operate their own imprints according to their tastes, and ultimately a less varied literary landscape.

“There’s less diversity of thought within the industry to generate new exciting ideas,” said Matt Keliher, the manager and book buyer at SubText bookstore in St. Paul, Minn. “You can see it when you come into the shop and all the book covers look the same. Everything gets flattened.”

Barry C. Lynn, the executive director of the Open Markets Institute, a research and advocacy group focused on antitrust issues, said that growing consolidation in the industry should be reined in because of publishers’ power to shape public discourse.

Mr. Lynn celebrated the Justice Department’s decision on Tuesday, calling it “a huge win for authors, readers, editors, publishers and American people as a whole.”

Regardless of what happens in this case, ViacomCBS, the current owner of Simon & Schuster, still plans to sell, and it’s not clear who would buy it. The decision came as a shock to people in the industry who were confident that the deal would go through.

In a memo to Simon & Schuster employees, Jonathan Karp, its chief executive, sought to reassure his staff.

“For all of us, this news is unsettling: Nobody likes to work in an atmosphere of uncertainty,” he wrote. “We will carry on as the creative and industrious jewel of the publishing industry that made us attractive to buyers in the first place.” 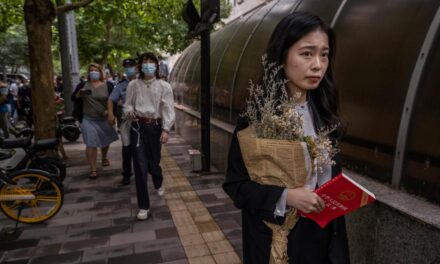 Analysis: An intern took on one of China’s stars in a #MeToo case. She lost, but vowed to fight on 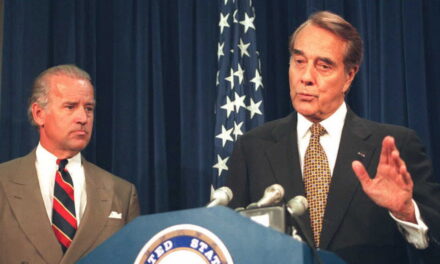