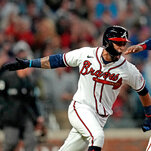 ATLANTA — Surely, the thinking around town went, the Atlanta Braves would find a way, as usual, to blow it.

Not this time (or at least not yet).

By vanquishing the reigning champion Dodgers, four games to two, Atlanta advanced to its first World Series since 1999. This season’s last best-of-seven showdown will begin on Tuesday, when Atlanta will travel to Houston to face the Astros, who won the American League pennant.

Whether Atlanta will prove able to go all the way will not be clear for at least another week. In a city, though, where postseason underachievement is about as customary as flying Delta Air Lines, Atlanta has already surpassed expectations.

Atlanta last reached the World Series when it had a Hall of Fame manager, Bobby Cox, in the dugout and long-tenured, generational stars like Chipper Jones, Greg Maddux and Tom Glavine on its roster. This club is decidedly different, battered early this season by injuries and then renovated, not merely tweaked, by the trading deadline. Indeed, some of the signature moments of Atlanta’s postseason have come from players, including Eddie Rosario and Joc Pederson, who were not on the roster until July.

Rosario, whose three-run homer in the fourth inning on Saturday gave Atlanta all the cushion it would need to win, was named the most valuable player of the N.L.C.S. He battered the Dodgers all series, going 14 for 25 with three home runs and nine R.B.I. He had a walk-off single in Game 2, was the catalyst of the offense in a blowout Game 4 and came through yet again in Game 6.

Although much of Atlanta’s postseason magic has come late — it won the first two games of this series with walk-off hits — the home team scored quickly on Saturday night.

With two outs in the bottom of the first inning, Ozzie Albies doubled off Walker Buehler. Austin Riley worked a full-count, as the crowd at a sold-out Truist Park began to erupt, and the young third baseman delivered with a graceful, fluid swing that sent the ball soaring toward the left-field fence. It bounced once on the warning track before hopping the wall for a ground-rule double, allowing Albies to score.

It was not much, of course, not against an offensive powerhouse like Los Angeles.

The Dodgers, though, struggled at first against Ian Anderson, the Atlanta starter, and his changeup. Los Angeles did not have a base runner until the third, when A.J. Pollock doubled to center. Anderson escaped the threat by getting a fly ball, a strikeout and a grounder.

Los Angeles had another opportunity in the very next inning. Trea Turner drew a walk with one out, and Will Smith beat the shift with a single to right. Chris Taylor, who had hammered Atlanta on Thursday with three home runs in California, struck out on the seventh pitch of his at-bat.

The trouble with Los Angeles comes from the reality that another menace almost always lurks. The role, in that moment, fell to Cody Bellinger, who delivered a single into left field to score Turner and tie the game. With runners at first and third, though, Pollock could not find the kind of power he had enjoyed just a frame earlier; this time, he popped out to end the inning.

Fast forward a few minutes. Atlanta’s first two batters in the fourth were quick outs. Travis D’Arnaud then walked and Atlanta announced that Ehire Adrianza would hit for Anderson, even though Anderson had thrown just 66 pitches and allowed only three hits.

Any doubts about the decision bubbling around Atlanta did not last. Adrianza doubled a cutter into the right-field corner, where Mookie Betts, a five-time Gold Glove winner, scrambled and fired toward the infield. Ron Washington, Atlanta’s third base coach, held D’Arnaud before he could try to scamper home.

It was the kind of setup that could have gone down in Atlanta history as a missed opportunity, as another debacle in a city that went a dozen postseason berths between World Series appearances. It was only a year ago that Atlanta blew a three-games-to-one lead against the Dodgers in the N.L.C.S. And there is still the civic agony of the Atlanta Falcons’ loss after they built what seemed like an insurmountable 28-3 lead in a Super Bowl.

All of Saturday’s uncertainty, it turned out, amounted to a mere prelude for Rosario. Buehler fired a pair of 93 mile an hour cutters. Rosario swung at, and missed, both. A third cutter went foul. A sinker missed. Two more fouls.

Rosario did not miss. The ball climbed higher, racing along the first-base line and over the fence, abruptly giving Atlanta a 4-1 lead. Buehler hung around until the end of the inning, but ended his outing charged with seven hits, four runs, six strikeouts and three walks.

Los Angeles, which added a second run in the seventh but did not score beyond that, had intended to start Max Scherzer in Game 6, but pulled back because the ace right-hander said his arm had been “locked up the past couple of days.” Instead, the Dodgers turned to Buehler, who had last pitched on Tuesday.

Scherzer, the thinking around the Los Angeles clubhouse went, would perhaps be ready for Game 7. If they could have gotten there.

But, for at least this moment in Atlanta, someplace else will be doing the second-guessing. 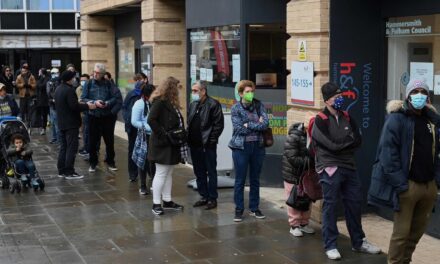 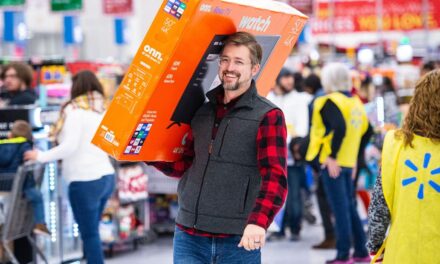 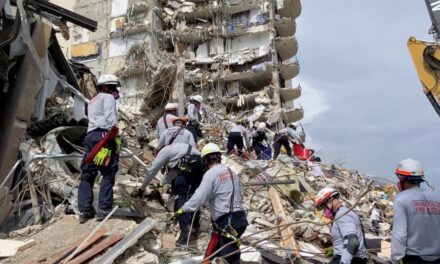 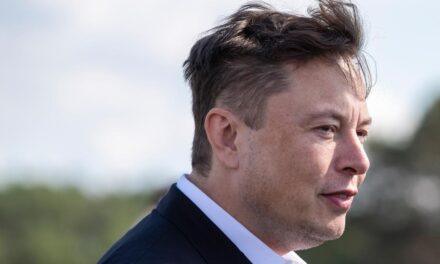 Analysis: Elon Musk used government money to build Tesla. But he fears a tax on billionaires