The Velvet Underground: The band that made an art of being obscure 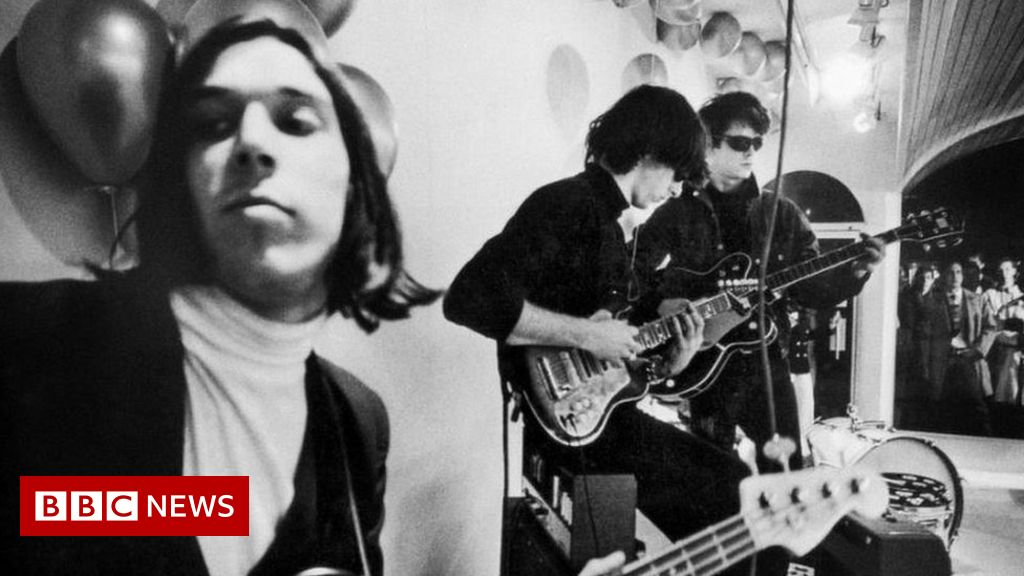 A quote often attributed to music producer Brian Eno is: “The first Velvet Underground album only sold 10,000 copies, but everyone who bought it formed a band.”

The saying summarises the profound influence of The Velvet Underground, which included songwriter Lou Reed, guitarist Sterling Morrison, Welsh musician John Cale and drummer Moe Tucker. Along with German singer Nico, they are credited with inspiring generations of other artists, from David Bowie to Nirvana, Arctic Monkeys and U2.

Now Todd Haynes, the director of Oscar-nominated films including Carol and I’m Not There (about the life of Bob Dylan) has made a documentary about the music of the 1960s New York-based group.

Often shown in split screen, the film focuses heavily on the band’s sound – their musical experimentation, their provocative lyrics – and how they were influenced by avant-garde cinema and contemporary art.

But although pop artist Andy Warhol was their manager and patron, Haynes agrees the band didn’t win commercial success or critical acclaim at the time.

“They didn’t sell records then,” he agrees.

“I think we’ve learned though to re-evaluate the value of art outside of market success. Often the thing that was lost in the shadows has the most endurance, and the thing that shone brightest and made the most money loses its meaning over time. I don’t think you’ll get a stronger example of that in rock ‘n’ roll than The Velvet Underground.”

The Velvet Underground isn’t the only recent film made by an influential director about a band, or bands, from that era. Earlier in 2021, British film-maker Edgar Wright released The Sparks Brothers, looking at the musical legacy of Sparks, formed by two brothers, Ron and Russell Mael, at the start of the 1970s.

Summer of Soul, directed by musician Questlove, showcases an extraordinary 1969 concert in Harlem, New York, featuring black superstars including Stevie Wonder, Sly and the Family Stone and Nina Simone, and was released by streamer Disney+.

Oscar-winner Peter Jackson is poised to release a three-part documentary about The Beatles, titled Get Back, on the same platform, based on the making of their 1970 album, Let It Be. In addition, Becoming Led Zeppelin, which focuses on the musical history and influences that led the group to form in 1968, premiered at the Venice Film Festival last month.

The eagerness of these celebrated directors to document the music of that time might be partly explained by their age – they were born in the 60s or early 70s.

“There’s no question that the 60s was a decade with such an intense vitality and energy to challenge conventions and feel new possibilities in the air,” says Haynes.

“I was a child in the 1960s but even I felt something in the air, you just felt like you should go and make something. It was an incredibly rich period and to rekindle any of that feeling is just something that can inspire us again today.”

But it’s streaming services that are the major factor in making these documentaries possible, according to Variety magazine’s music critic Chris Willman.

While Asif Kapadia’s 2015 Oscar-winning documentary Amy, about Amy Winehouse, made $24m (£17m) at the box office, that was rare for a music documentary. But cinema is no longer the obvious route for films of this genre.

“I think if all these films were only being released in cinemas at first we’d be calling it a glut, and asking why there are so many, because the market wouldn’t be able to stand it,” Willman says.

“With streaming, the market can stand anything, it’s not like these films have to be in competition with each other to be in the one or two music films audiences would traditionally go and see in a year.

“Audiences are thinking, ‘The more the merrier – I don’t have to go out to go and see this.’ So, music films are now a genre that I’d expect to see as much of as action or suspense or comedy nowadays.”

They can also be profitable: Summer of Soul was sold for $12m (£8m) after it first premiered to critical acclaim in January 2021. And Willman agrees that a streaming service like Disney+ should benefit, even temporarily, from a new demographic of subscribers because of the series on The Beatles.

“Many people signed on to Disney+ to see the musical Hamilton, who otherwise would have little interest in viewing other content, and it could be twice that for The Beatles, I wouldn’t be surprised,” he says.

There’s also the prospect of increased music, or ticket, sales after fans have been inspired by a documentary, or a band being “re-discovered” – or even “discovered” in the case of Edgar Wright’s documentary on Sparks. It was released in cinemas in the US this summer and notched up $500,000 (£366,000) in one weekend during a limited release.

At its premiere, Wright told the BBC’s film show Talking Movies, “I would show it to people who didn’t know Sparks at all, and they would be dumbfounded, saying, ‘How did I miss this entire chapter of music history?'”

‘It’s just heartening to think that a documentary can revive interest in a band’s career,” adds Willman.

“For Sparks in particular, it feels like a long-winding Cinderella story, where they’ve struggled so long to get the recognition. They’re unexpectedly selling out their tour dates and it’s really gratifying to see. It wouldn’t have happened without a documentary.”

Haynes also hopes that a new generation will discover The Velvet Underground through his documentary. As well as their music, he hopes their attitude will inspire those living in the 2020s.

“They always maintained this outsider stance,” he explains. “And it’s very hard to find precise parallels to today, where corporate culture is so absorbed, and so all-consuming.

“It’s this idea they had of standing outside the system, and actually being obscure, or the idea of resistance that they had. That’s not something that you hear young people wanting to be very often, but it’s so elemental to how I found my own attitudes when I was young.

“Ultimately their legacy was to set in motion a creative reaction in other artists to do their own thing – and I think that’s more valuable than we could ever quantify.”

The Velvet Underground is in cinemas and on Apple TV+ globally from 15 October.

Vigil for Sarah Everard Moves Ahead

GOP senators spoke at length about religion at the Barrett hearing

A Row Over Rare-Earth Deposits Could Bring Down Greenland’s Government : NPR