U.S. Signals No Thaw in Trade Relations With China 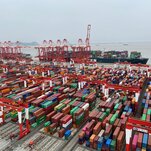 WASHINGTON — The Biden administration offered its strongest signal yet that the United States’ combative economic approach toward China would continue, with senior administration officials saying that President Biden would not immediately lift tariffs on Chinese goods and that he would hold Beijing accountable for trade commitments agreed to during the Trump administration.

Comments on Monday by Katherine Tai, the United States trade representative, and other officials provided one of the first looks at how the Biden administration plans to deal with a rising economic and security threat from China. They indicated that while Mr. Biden may have criticized the Trump administration’s aggressive approach, his White House will continue trying to counter China’s economic threats with trade barriers and other punitive measures.

That includes requiring China to uphold commitments it agreed to as part of the Phase 1 trade deal that it signed with the United States in January 2020, as well as pressing China on the issue of subsidies it offers to give its industries a competitive edge. So far, China is on pace to fall short of its 2021 purchasing commitments by more than 30 percent, after falling short by more than 40 percent last year, according to Chad P. Bown, a senior fellow at the Peterson Institute for International Economics, who tracks the purchases.

China denies that it has failed to live up to the Phase 1 agreement, contending that the pandemic has created unique circumstances.

In a speech on Monday at the Center for Strategic and International Studies, a Washington think tank, Ms. Tai highlighted how some of Beijing’s unfair practices have affected U.S. workers and said the United States would continue working with allies to counter them.

“We will use the full range of tools we have and develop new tools as needed to defend American economic interests from harmful policies and practices,” she said.

Ms. Tai said she would begin talking with her Chinese counterparts in the coming days about the country’s failure to live up to its agreements. In a call with reporters Sunday, senior administration officials did not rule out the possibility of imposing further tariffs on China if talks with did not produce the desired results, warning Beijing that they would use all available tools to defend the United States from state-directed industrial policies that harm its workers.

The Biden administration has been drawing up an investigation into China’s use of subsidies under Section 301 of U.S. trade law. If it is carried out, that inquiry could result in additional tariffs on China, according to people familiar with the plans.

In a move that would offer some relief to businesses that import Chinese products, the administration said it would re-establish an expired process that gives some companies a reprieve by excluding them from the tariffs. Trade officials would make those decisions based on the priorities of the Biden administration, officials said, without elaborating further.

“For too long, China’s lack of adherence to global trading norms has undercut the prosperity of Americans and others around the world,” Ms. Tai said.

“We continue to have serious concerns with China’s state-centered and nonmarket trade practices that were not addressed in the Phase 1 deal,” she added.

Last week, Gina Raimondo, the commerce secretary, pointed to China’s blocking of its airlines from buying “tens of billions of dollars” of products from Boeing.

“The Chinese need to play by the rules,” Ms. Raimondo said in an interview with NPR last week. “We need to hold their feet to the fire and hold them accountable.”

The Biden administration has given no indication that it plans to lower the hefty tariffs that President Donald J. Trump placed on Chinese goods anytime soon, despite protests by economists and some businesses that they have dragged on the U.S. economy.

Mr. Biden has frequently criticized Mr. Trump’s 18-month trade war with China as erratic and counterproductive. But more than eight months into his presidency, Mr. Biden has announced few policies that differentiate his approach, beyond warmer appeals to American allies. In addition to the tariffs on Chinese goods, the president has maintained restrictions on the ability of Chinese companies to access U.S. technology and expanded the list of Chinese officials under sanctions by the United States for their role in undermining Hong Kong’s democratic institutions.

Mr. Biden’s hard-line approach to China comes at a moment of extraordinary tension between the world’s largest and second largest economies, and remarkably little interchange between their governments.

In the past month, the United States has announced a new deal to provide nuclear-powered submarines to Australia, an effort to push back on Beijing’s military modernization and its claims of territory in the South China Sea. Mr. Biden also met at the White House with the leaders of Japan, Australia and India, aiming to put the major democracies of the region in accord on how to deal with China’s influence and authoritarianism. And the United States and China are both seeking technological advantage, even if it means cutting off each other’s access to key goods.

China, having repressed dissent in Hong Kong and essentially wiped away its guarantees to Britain about keeping its hands off the territory for decades, is now regularly threatening Taiwan. The United States formally protested some of China’s actions on Sunday, after dozens of military aircraft flew on Friday and Saturday into Taiwan’s air defense identification zone, although not over the island itself. While U.S. officials do not expect Beijing to move against Taiwan, they are increasingly concerned about the possibility of an accidental conflict.

Trade was one area — along with climate — where mutual interest might steer the two countries to some agreements, even as they compete in other areas. But it is unclear whether they can find a way to reach an accord amid other tensions.

Some Biden officials, like many economists, have made clear that they see the tariffs as counterproductive and taking a toll on American consumers and manufacturers as well as Chinese businesses. Treasury Secretary Janet L. Yellen said in July that the China deal had “hurt American consumers.”

Asked if they would consider additional tariffs on China, officials said the Biden administration would not be taking any tools off the table. The administration planned to use the enforcement mechanism established in the trade deal, they said, which would allow the United States to resort to further tariffs if consultations were unsuccessful.

The Biden administration could face an even more difficult task in reaching any trade agreement with China than the Trump administration did four years ago. Republican lawmakers are ready to pounce on any perceived weakness on China from Mr. Biden, and diplomatic and economic relations between the two countries have deteriorated.

“Against the backdrop of worldwide opposition against Cold War and division, the United States blatantly violated its policy statement of not seeking a new Cold War and ganged up to form an Anglo-Saxon clique,” Wang Yi, the Chinese foreign minister, said on Sept. 28 in response to the Australian submarine deal.

The U.S. release of Meng Wanzhou, a Huawei executive who had been detained in Canada at the request of the United States, and China’s subsequent release of two Canadians and two Americans, have done little to cool tensions.

Mr. Trump’s tariffs have discouraged imports of some Chinese goods, but exports to the United States have grown strongly through the coronavirus pandemic, as Americans purchased workout equipment, furniture, toys and other products during lockdown.

China’s leaders have also doubled down on the kinds of domestic industrial subsidies that the United States has long objected to. They have greatly expanded programs, started more than a decade ago, aimed at eliminating their need to buy computer chips and passenger jets — two of the United States’ main exports to China — among other industrial products.

The Biden administration has been exploring ways to persuade China to limit its broad industrial subsidies, but that will be difficult. The George W. Bush, Obama and Trump administrations all tried with little success for ways to coax China to abandon its long-running use of subsidies to domestic producers as a tool to wean itself from any reliance on imports.

China’s leader, Xi Jinping, has called for making sure that other countries remain dependent on China for key goods, so that they will not threaten to halt their own sales to China. The United States has done so over issues like surveillance, forced labor and the crackdown on democracy advocates in Hong Kong.

“The dependence of the international industrial chain on our country has formed a powerful countermeasure and deterrent capability for foreign parties to artificially cut off supply,” Mr. Xi said in a speech last year.

In the call on Sunday, Biden administration officials acknowledged that talks might not persuade China to abandon its increasingly authoritarian, state-centered approach. So instead, they said, the administration’s primary emphasis will be on building the competitiveness of the U.S. economy, working with allies and diversifying markets to limit the impact of Beijing’s harmful trade practices. 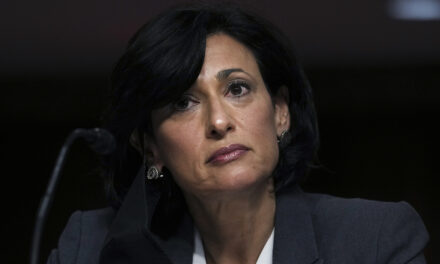 CDC is criticized for failing to communicate, promises to do better 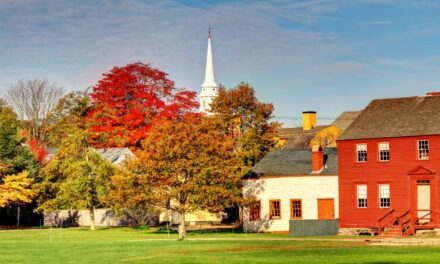 The 9 best weekend getaways to book this month