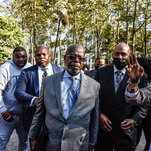 Midway through the singer R. Kelly’s trial in Brooklyn, during a sidebar conversation out of the jury’s earshot, one of Mr. Kelly’s lawyers brought up an accuser’s suggestive dancing.

The lawyer, Deveraux L. Cannick, had returned more than once to the topic of twerking, as he questioned a woman who first encountered Mr. Kelly at a music festival when she was 17 and said he abused her for years, and Judge Ann M. Donnelly had heard enough.

“You need to get yourself here into 2021 with the rest of us, OK?” Judge Donnelly said, criticizing the implication that dancing at a concert was somehow an invitation to sexual abuse.

Mr. Kelly’s case, which ended with his conviction this week on racketeering and sex-trafficking charges, was widely seen as a critical moment in the #MeToo movement, which seeks to hold powerful men accountable for sexual misconduct. But throughout his trial, Mr. Kelly’s legal team appeared to employ tactics that recalled an earlier era, attempting to paint the bevy of accusers who testified as jealous, fame-seeking, promiscuous liars.

Legal experts said the verdict, reached after brief deliberations despite weeks of complex testimony, underscored a profound and recent shift in the way juries approached cases involving accusations of sexual abuse. And while chipping away at an accuser’s credibility has long been a key part of defense strategy, they said, attacking women who testify against their accusers risks losing jurors entirely.

“The defense’s arguments may have had some impact decades ago, but in Brooklyn in 2021 you can’t just say ‘she was asking for it’ and get an acquittal,” said Moira Penza, a former prosecutor who led the team that secured the racketeering conviction of the Nxivm sex cult leader Keith Raniere.

Ms. Penza called many of the defense’s cross-examinations of accusers “offensive” and said the defense had failed on a fundamental level.

“Rule No. 1 of being a trial lawyer is to have a clear narrative and consistent themes that you elicit throughout your case,” said Ms. Penza, who is now a partner at the firm Wilkinson Stekloff. “Here, the defense does not seem to have had a clear strategy of how to respond to the prosecution’s evidence.”

To be sure, Mr. Kelly’s defense team was facing an uphill battle. The singer, once one of the best-known recording artists in the world, had been trailed by sexual abuse accusations for decades. At trial, nine women and two men shared hours of graphic testimony about the physical, sexual and emotional abuse he inflicted that could not easily be explained away.

Jurors saw hours of Mr. Kelly’s homemade pornography, much of it plainly abusive. In one video, a woman who testified was forced to stand naked and berate herself; in another, she was forced to record herself sloshing around in her own urine and defecating on herself while Frank Sinatra’s “Come Fly with Me” played in the background.

“When jurors hear weeks of complicated evidence and they return a verdict of conviction with dispatch, they’re sending a message,” said Paul Butler, a former federal prosecutor who is now a professor at Georgetown University Law Center.

Given the mountain of evidence against the singer, whose full name is Robert Sylvester Kelly, the case would have been difficult to win. But legal experts said Mr. Kelly’s defense team — a group of four defense lawyers that was partially assembled in the months before the trial after Mr. Kelly parted ways with his longtime counsel — made clear missteps.

Nicole Blank Becker, a Michigan lawyer who had never argued in a federal courtroom before, fumbled repeatedly as she delivered a lengthy opening argument in Mr. Kelly’s case.

And while Mr. Cannick conducted aggressive cross-examinations of many of Mr. Kelly’s accusers, it was not clear how effective his questions were.

“I felt like his questions were a reach,” a woman who testified under the pseudonym Angela said of her cross-examination, in an interview the day after the verdict. “You can’t defend when you have no defense.”

Mr. Cannick also delivered a bombastic closing argument that seemed at one point to compare Mr. Kelly — whom jurors had just heard described as a violet sexual predator — to Martin Luther King Jr.

Mr. Cannick told reporters after the verdict that he discusses Dr. King in all of his summations. But doing so in Mr. Kelly’s case was met with ridicule on social media and from legal experts.

“The defense should be ashamed of even mentioning the name of Rev. Martin Luther King, Jr., in any discussion of R. Kelly, a dangerous sexual predator who has harmed so many women and underage girls,” the lawyer Gloria Allred, who represented five of Mr. Kelly’s accusers, four of whom testified, said at a news conference after the verdict.

Ms. Blank Becker declined to comment on the defense team’s strategy until after sentencing. Mr. Cannick did not reply to repeated requests for comment.

“In this trial there was not the historical baggage of false accusations by white women against Black men,” Mr. Butler said. “It might have been more effective in a case with different racial dynamics or at a time before #MeToo, but obviously it didn’t work this time.”

From start to finish, legal experts said, the defense focused on an ill-conceived plan to discredit Mr. Kelly’s accusers instead of attacking the underpinnings of the unusual racketeering charge he faced.

The charge is often associated with organized crime, but it can be applied to any ongoing coordinated illegal scheme or criminal enterprise to carry out a common purpose. In this case, prosecutors said Mr. Kelly and his inner circle worked for decades, in multiple states, to recruit girls and young women for sexual exploitation.

Michael Leonard, a Chicago trial lawyer who represented Mr. Kelly until this summer, said he had been preparing a different defense strategy before he and another lawyer, Steve Greenberg, left the case.

“The best way to attack the government’s case was to not treat it as a run-of-the-mill sex case, arguing whether or not something happened,” said Mr. Leonard. “The government’s Achilles’ heel was the concept that Mr. Kelly — as the leader of a band — constituted a criminal enterprise. That was completely novel, something that’s never been tried before, and we thought that could be exploited.”

Mr. Greenberg, who tweeted, “Sometimes you can’t save someone from themselves, no matter how hard you try,” shortly before leaving the legal team, said that one of the many disagreements he had with the lawyers who remained involved was over what he described as a problematic woman-blaming strategy.

Mr. Butler, who specializes in the intersection of race and law, said Mr. Kelly’s team might have hoped its strategy would have worked in a case where the accusers were mostly Black women. He said the strategy might have been more likely to sway some jurors in the years before the #MeToo movement, which, he pointed out, was started by a Black woman.

He also noted that two of Mr. Kelly’s accusers were men, which may have helped convince jurors to convict.

“It’s unfortunate that we still have to think about men corroborating women’s claims of victimization,” he said. “But in this case men were also victims.”

With the burden of proof on the prosecution, the defense called only a handful of witnesses. But those who did take the stand for the defense may have done more harm than good, experts said.

One witness, a former Chicago police officer, admitted on the stand that he had pleaded guilty to forgery. Another, Mr. Kelly’s former accountant, acknowledged that he had created a diagram depicting Mr. Kelly’s organization as an octopus with the singer controlling its various tentacles — valuable evidence for the prosecution’s argument that Mr. Kelly ran an illegal enterprise.

Moe Fodeman, who prosecuted many racketeering cases as a federal prosecutor and is now a white-collar defense lawyer, said the defense’s decision to call any witnesses at all was a risky one.

“Having just a few defense witnesses that respond to some aspect of the prosecution’s case may risk highlighting the lack of response to the rest of it,” Mr. Fodeman said. He added that jurors are often struck by “the stark contrast to the sheer number of witnesses the government called.”

In Mr. Kelly’s case, five people testified for the defense. The prosecution called 45. Mr. Kelly, who also faces charges in Illinois and Minnesota, will be sentenced in May. 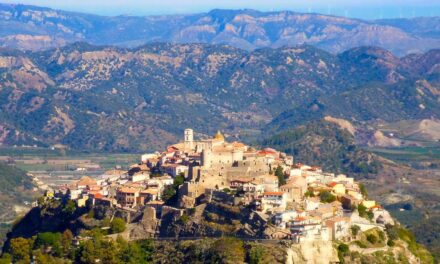 These pretty Italian villages want to pay you $33,000 to move in