Congress passes the funding bill to keep the government funded through early December. It now heads to Biden’s desk for his signature. 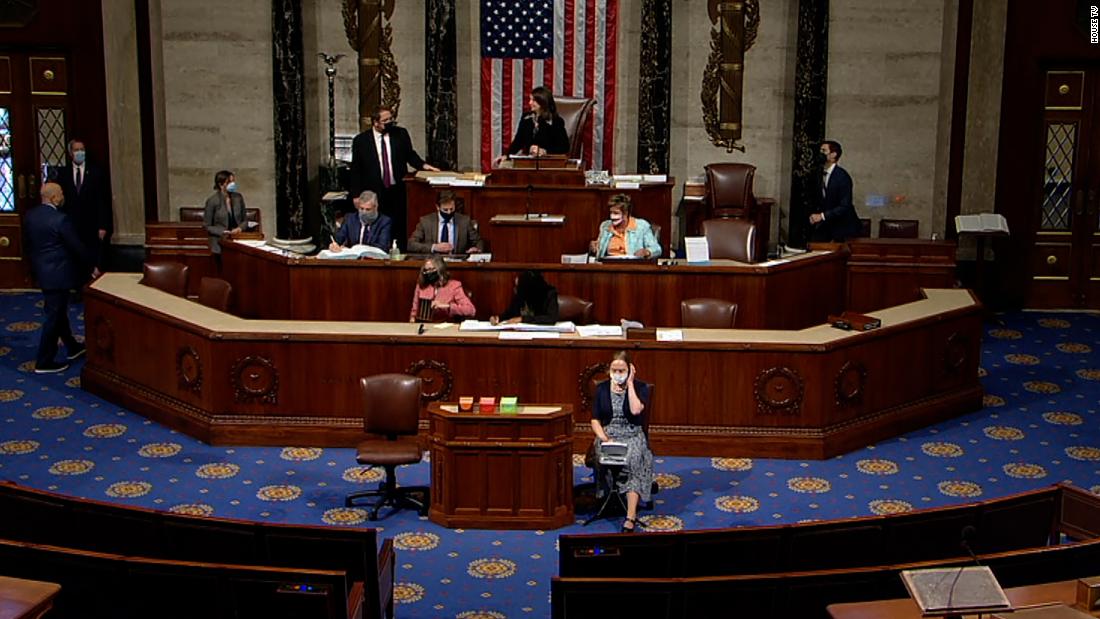 The House is holding a final vote on the Senate-passed stopgap funding bill to avert a shutdown by extending government funding through Dec. 3. The bill is expected to be approved in the chamber.

Government funding will expire at midnight Thursday, but Democratic congressional leaders, who control both chambers of Congress, have projected confidence there will not be a shutdown.

With the deadline rapidly approaching, lawmakers have no room for error.

Congressional Democrats initially attempted to address the government funding issue alongside the debt limit, a strategy that was thwarted by Republicans in the Senate who have insisted that Democrats must act alone on the debt limit.

“What we are seeing from this conservative side, this small cadre of people, is a fundamentally unserious pattern of negotiation,” she said.

House Majority Leader Steny Hoyer says there are still meetings on the infrastructure bill and that moderate Democratic Sen. Joe Manchin’s statement made clear that there are a number of programs the West Virginia senator would be for.

Asked if he was confident the bill would pass if it came to the floor, Hoyer said, “I’m confident there are a majority of members who are for it.”

That statement is not the same as saying the votes are there. Progressives have threatened they have dozens of members ready to vote “no.”

Even though there appears to be little path to get the bill passed today, House Speaker Nancy Pelosi has been trying to see if she can get progressives on board.

But there’s deep skepticism that they can get the votes today, with virtually everyone on the leadership team privately conveying to the speaker they shouldn’t move ahead with the vote today given that the votes aren’t there.

Earlier today, Democratic Rep. Pramila Jayapal, the chair of the Congressional Progressive Caucus, told reporters that half of her caucus is still committed to voting against the bipartisan infrastructure bill, if the larger spending bill is not passed by both chambers.

“The way the President sees it, is that this is an ongoing discussion, an ongoing negotiation. Here’s what we know. We know that timelines helped make progress. We’ve seen that play out over the course of the last couple of days. We know that compromise is inevitable. We’ve also seen that play out over the last couple of days. And right now, we’re clearly in the thick of it,” Psaki said.

Earlier Thursday, moderate Democratic Sen. Manchin made clear Thursday that $1.5 trillion was the price tag he was willing to settle on for his party’s plan to expand the social safety net, putting him $2 trillion away from the lowest number progressive Democrats have said they would accept. Manchin said he informed President Biden that was his number, and Biden said he needed more than that. “I’ve never been a liberal in any way, shape or form,” Manchin said. “I’m willing to come from zero to 1.5 (trillion).”

Pressed by CNN’s Phil Mattingly on the wide gap between Manchin’s proposal and the White House’s proposed $3.5 trillion price tag, Psaki struck an optimistic tone, saying, “I think the President views this as the last several days, and even longer than that, his view is we’ve made some progress. You’ve seen some members come down, you’ve seen some members come up. You’ve seen active negotiations, he’s obviously been hard at work with them himself.”

“And what we clearly see is an agreement about the need to get this done, whether it’s the infrastructure bill, or the reconciliation practice package, which has key priorities for the president,” Psaki added.

Psaki would not say if Biden planned to remain in Washington this weekend, telling reporters, “we’re taking it hour by hour here on making a decision and determination about what’s most needed.”

“So, as it relates to what’s even going to happen this afternoon, we’re open, he’s available, he’s been making calls this morning, he’s open to having visitors, he’s open to going places, but we’re going to make those decisions, hour by hour, so the weekend’s a little bit away, but I will tell you that this is the President’s top priority right now,” she said, adding the White House is “working towards,” a framework that can unlock the infrastructure vote later today.

When asked what it means if the bipartisan infrastructure bill doesn’t pass the House today, Vice President Kamala Harris said, “I’m optimistic it will get done,” as she arrived at the US Capitol this afternoon.

She did not answer when pressed if she thought it would get done today.

The Senate passed a massive, $1.2 trill n, bipartisan infrastructure bill in August and now the House needs to vote on it before it goes to PresideBid iden’s desk to be signed into law.

The path to get to a final vote still remains uncertain. House Speaker Nancy Pelosi saat the House still plans to voay on the b todayill, despite threats from progressive members of her caucus to tank it if it is not tied to the larger spengnding balthough, but she kept the door open on delaying it.

Here’s what the bill would fund:

Read more about what is in the bill hre.

“This is absolutely absurd,” said Bush, responding to Manchin’s stated limit on a the price tag for Democrats’ plans to expand the social safety net.

Bush went on to attack Manchin, suggesting he opposed Democrats $3.5 trillion proposal because he himself would not benefit from the government spending.

“The fact that one person who is not affected by what would come out of this Build Back Better Act, he’s not affected by it personally, but the people in our communities all across this country are,” she said. “They deserve a voice.”

“It is unconscionable that he can stand puffed-up and hold the line on something that hurts people now and to say that ‘I’ll toss you some crumbs right now and then hopefully you can say you ate,’ it’s not good enough, and I won’t stand for it,” she added.

The Senate just voted to pass a short-term funding bill to keep the government open past midnight tonight.

The stopgap funding bill will avert a government shutdown and keep the government funded through early December.

The bill next heads to the House, which is also expected to approve the measure.

How we got here: Senate Majority Leader Chuck Schumer announced Wednesday evening that an agreement had been reached, paving the way for a Thursday vote in the chamber on a continuing resolution, which keeps the government funded at current levels for a set time period.

Congressional Democrats initially attempted to address the government funding issue alongside the debt limit, a strategy that was thwarted by Republicans in the Senate who have insisted that Democrats must act alone on the debt limit.

In a new statement, key moderate Democratic Sen. Kyrsten Sinema’s office says that she has shared her concerns about the spending bill — including dollar figures — directly with Senate Majority Leader Chuck Schumer and the White House, calling claims that she has not detailed her views to Biden and Schumer “false.”

“Senator Sinema said publicly more than two months ago, before Senate passage of the bipartisan infrastructure bill, that she would not support a bill costing $3.5 trillion. In August, she shared detailed concerns and priorities, including dollar figures, directly with Senate Majority Leader Schumer and the White House. Claims that the Senator has not detailed her views to President Biden and Senator Schumer are false,” said Sinema communications director John LaBombard in a statement.

The statement continues: “Like our bipartisan infrastructure bill, the proposed budget reconciliation package reflects a proposal of President Biden’s — and President Biden and his team, along with Senator Schumer and his team, are fully aware of Senator Sinema’s priorities, concerns, and ideas. While we do not negotiate through the press — because Senator Sinema respects the integrity of those direct negotiations — she continues to engage directly in good-faith discussions with both President Biden and Senator Schumer to find common ground.” 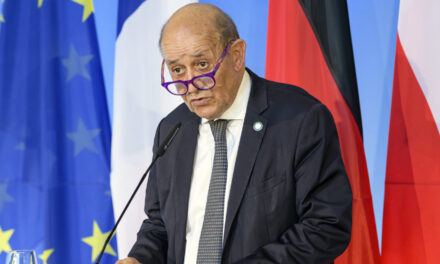 France Recalls Ambassadors To The U.S. And Australia Over Snubbed Sub Deal

Shelby Houlihan Says Burrito Is To Blame For Her Ban From Tokyo Olympics : NPR