America’s radicals are a problem we can’t ignore 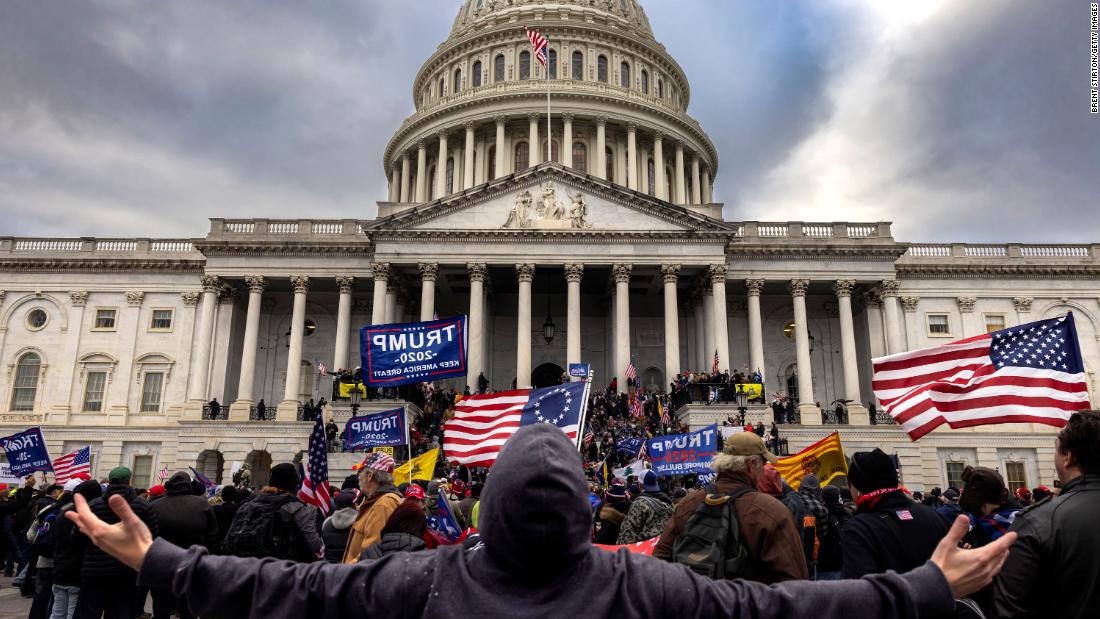 Daniel Miller is a lawyer and democracy activist living in Philadelphia. Follow him on Twitter: @DanielMillerEsq. The views expressed in this commentary are his own. Read more opinion articles on CNN.

(CNN)Last month, a man drove to Washington, DC , police said, with explosive-making materials and threatened detonations near the US Capitol, although no functioning weapons were found in his vehicle. You’d think this would have been a big story, but after what seemed like just a few hours, it was swamped by the news of the Taliban taking over Afghanistan. This is understandable, as what was unfolding a world away was both dramatic and tragic. However, it was also a mistake to so quickly look away from the DC standoff.

From the violent Unite the Right Rally in Charlottesville, Virginia in 2017 to the January 6 US Capitol riot this year, and the planned right-wing rally at the Capitol this Saturday drawing concerns of yet more violence, right-wing domestic extremism has become a serious problem in America. We can’t be distracted from the problem of radicalization in the US.

The motivations of 49-year-old Floyd Ray Roseberry, the alleged would-be bomber in DC, aren’t exactly clear, but the videos he posted on social media were filled with typical right-wing talking points, including that the election had been stolen, that Joe Biden is not the legitimate president, and that illegal immigrants get health insurance. He also talked a lot about starting a revolution. A federal magistrate judge agreed to a 30-day delay last month after a court-appointed psychologist said Roseberry was diagnosed with bipolar disorder and needed further medical treatment. Roseberry could face up to life in prison.

There is not much new here, unfortunately, as far as stories of radicalization go. What struck me, though, were Roseberry’s references to the South. For example, during a 30-minute livestream on his now-removed Facebook page on August 19, he said “You thought the South wasn’t coming, well, Joe Biden, the South’s come.”

This resonated for me. Back in June, I drove to Gettysburg from my home in Philadelphia and when touring the famed Civil War battlefield, I had several arresting experiences. I noticed in front of the North Carolina memorial at the site, somebody had placed a small Confederate flag. And when I went to inspect more closely, a man nearby, who seemed to be standing reverently at attention, blurted out, “Good, gotta take a picture before the woke people take it down.” I politely ignored him and then drove to the Virginia memorial where I saw another small Confederate flag. I overheard a father tell his young daughters, “They’re tearing down statues all over the country.”

I had gone to Gettysburg that day to reflect on our country during a particularly dark period. I also went to gain some measure of inspiration from the sacrifices Union soldiers had made in 1863 to preserve our country. But what I realized was that some of the people at Gettysburg that day had gone for another purpose. Their cause wasn’t the American experiment. It wasn’t pluralism. It wasn’t democracy.

If you asked them, they likely wouldn’t have said it was white nationalism or the Lost Cause of the Confederacy, either. At least, not exactly.

In fact, we can’t know what was in Roseberry’s mind, exactly, but I doubt that even his cause was actual “Revolution,” and all that would really entail.

America today appears to be filled with people who are ready to believe in something. Anything. Sometimes it seems that it doesn’t matter so much what. As long as the thing gives them a sense of power over their lives. And a small fraction of these folks isn’t just ready to believe, they’re ready to commit violent acts like Roseberry allegedly seemed geared up to do. This longing for something to believe in exists on the left too, of course, but it manifests itself in violence to a much lesser extent. A Washington Post analysis of data from the Center for Strategic and International Studies found since 2015, attacks from right-wing extremists have resulted in 91 deaths, as opposed to 19 from those on the far-left. Obviously, both are unacceptable.

I lived in Cairo for 16 months after graduating from college in 2005, and aside from learning Arabic, I learned a lot about Egyptian society. One thing I found was many people who were underworked or out of work, politically aggrieved, bored and alienated. Decades of authoritarianism, corruption and a dysfunctional economy had left the Egyptian people without sufficient jobs or educational opportunities, housing, access to social services, and, of course, a legitimate form of government. These factors caused many Egyptians to be vulnerable to outlandish conspiracy theories, such as “the Mossad or the CIA were involved in planning 9/11,” as well as fundamentalist forms of Islam that oppressed others—particularly women. It was these theories and extreme forms of Islam that supplied many with identity.

Obviously, there are differences between America today and Egypt in 2005. But I see similarities, too. Our own increasingly dysfunctional society has left too many Americans, particularly on the right, vulnerable to radicalization. Of course, only a tiny percentage of right-wing extremists in the United States become terrorists, or even would-be terrorists. But like in Egypt, many derive meaning and purpose from such a belief system, as psychologists have pointed out.

This isn’t to say some Americans on the right aren’t bigoted or don’t hold white supremacist beliefs. It’s just to say what’s leaving so many people susceptible to radicalization isn’t merely ideology, but other important issues, such as lack of community, joblessness, mental health problems and deficient health care, among others.

A Rand study examining former extremists in the US, including those characterized as white supremacists, found out of 32 cases of radicalization, 22 noted financial instability, 17 noted mental health challenges, and 16 noted victimization, stigmatization, or marginalization. These vulnerabilities are exploited by the right-wing media and political establishment, including on social media, who play to people’s worst fears and instincts. (This dynamic isn’t so different from the poisonous one between radical clerics and their followers throughout the Arab world).

Indeed, from his videos, it seems Roseberry wasn’t just upset immigrants were getting free health care; he was upset, he said, he and his wife (who has cancer) had been denied coverage for essential treatments.

Given the complex nature of the problem of radicalization in America, the question becomes what can we do to counter it? To address economic grievance, we need a robust economy that provides investment to communities across the country and meaningful work to millions more Americans. Perhaps the bipartisan infrastructure bill passed last month is one part of this solution.

To address the epidemic of isolation, we need to rebuild communities across America and consider outside-the-box ideas similar to a Minister of Loneliness like they have in Great Britain since 2018. The position was created after a report found that more than 9 million people in the country—an estimated 14% of the population—often or always felt lonely, which reportedly cost UK employers up to $3.5 billion annually.

Encouraging young people to participate in a national year of service could reduce prejudice, promote empathy, and decrease hyper polarization in the country. We could also focus significant resources online to counter misinformation and radicalization. And last, it is essential for politicians across the political spectrum to denounce radicals, whether on the January 6 US Capitol riot or from this Saturday’s rally at the same site. On this front, however, as long as the right-wing media and political establishment fuels and validates the polarization and conspiracy theories that drive radicalization, as well as benefits from it, we’re in for a rough road ahead.

When Roseberry referenced the South rising again, maybe he was channeling old fashioned, southern racism and white supremacy—that is often the meaning of such a pronouncement. The same goes for the two people at Gettysburg.

Or maybe something else is going on here. These people are singing the same lyrics we’ve heard throughout American history. But it’s a different time—a different song. This isn’t just about white nationalism. It’s about a society that doesn’t provide enough positive outlets for meaning and purpose and leaves too many of us behind.

And ultimately, it’s about a political, right-wing cable TV and social media environment, filled with America’s own brand of radical clerics, that breeds radicalization. We must not look away. 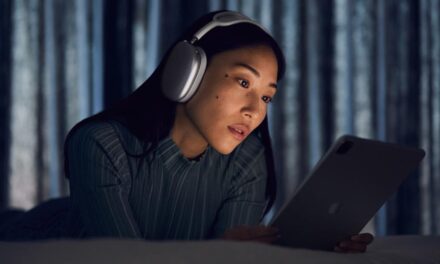 Black Friday sales are still going: Here’s the ones to shop 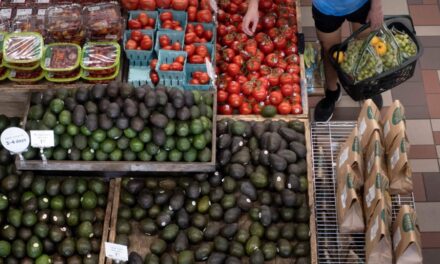 Analysis: The sneaky biggest issue of the 2022 election 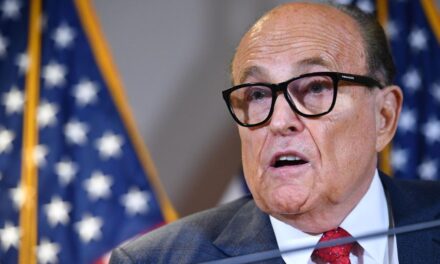