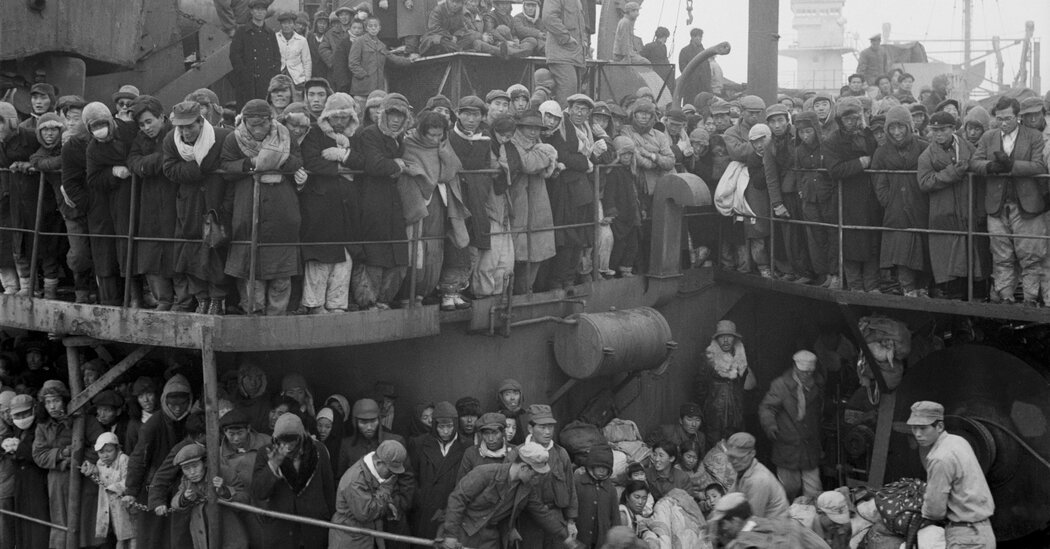 SEOUL — When he watched the scenes of desperate refugees trying to escape Afghanistan during the American withdrawal ㅡ mothers clutching babies, men begging to board airplanes in Kabul — Sohn Yang-young, 70, felt tears welling up in his eyes, his heart aching as if he were there.

His family had lived through a similarly traumatic wartime experience.

Mr. Sohn’s parents were among 91,000 refugees that the American military evacuated from Hungnam, a port on the eastern coast of North Korea, in a frantic retreat from Chinese Communist troops during the Korean War in 1950. They boarded the last ship leaving the port with refugees — the S.S. Meredith Victory, a United States merchant marine cargo freighter.

Mr. Sohn was one of five babies born on the ship.

“When I watched the chaotic scenes at the Afghan airport, I thought of my parents and the same life-or-death situation they had gone through in Hungnam,” Mr. Sohn said in an interview. “I could not fight back tears, especially when I saw those children.”

In late December 1950, six months after the Korean War began, 100,000 American and South Korean troops were pulling back through the bitter cold and deep snow after the United Nations forces suffered a heavy loss at the Battle of Chosin Reservoir, also known as Lake Jangjin. The only route to safety in the south was by sea.

As was the case in Afghanistan this year, news of the American withdrawal triggered a large exodus. By the time the American troops reached Hungnam, throngs of people had already arrived at the port, hoping to flee the violence as Chinese troops, fighting alongside the North’s forces, closed in.

The Americans decided to rescue as many refugees as possible, jettisoning weapons and other cargo to make room ​on the 190 ships​ dispatched to evacuate the soldiers. The operation became known as “the Miracle of Christmas,” and by some estimates, it was the single largest wartime evacuation of civilian refugees in American history until Afghanistan.

Older South Koreans invariably cite the evacuation when they talk about their country’s alliance with the United States, forged during the war. When South Korea airlifted 391 Afghans last month — people who worked for South Korean troops stationed in Afghanistan and their family members — its decision was compelled in part by what the American military did in Hungnam.

“The Americans were our savior,” said Lee Kweng-pil, another baby born aboard the Meredith Victory. “Without them, my parents would not have survived the war and I would not be here.”

Mr. Sohn, Mr. Lee and other children of the Hungnam refugees, including President Moon Jae-in, grew up listening to their parents recount how terrified they were of being left behind under Communist rule, and how panicked they were to get on the American ships. Mass extrajudicial executions of civilians accused of collaborating with the enemy were rampant during the war.

When the Americans retreated, fear spread through Hungnam. Its streets and harbor were flooded with people shouting for lost family members, babies screaming and military police officers blowing whistles to control the crowds, according to testimonies by some of those who escaped. Fire and smoke rose as soldiers burned trucks and other matériel they could not take with them.

“Shells flew overhead as the Allied ships fired to deter the Communist advance while the Communists fired back to sink the American ships,” said Han Geum-suk, a nurse in Hamhung who joined the evacuation. “We rushed through the cross-fire back and forth several times before we could catch a ship. The ground was strewn with people with their luggages who were killed. There was hardly any standing room on the ship.”

Few events of the Korean War have seared the psyche of older South Koreans as deeply as the Hungnam evacuation, which they saw as a symbol of wartime calamity and humanitarian grace. It is memorialized in South Korean textbooks, as well as in one of the country’s most beloved pop songs​​. “Ode to My Father,” a 2014 movie based in part on the evacuation, became one of the highest-grossing films in ​the history of South Korean cinema​​. ​

Mr. Moon’s parents were among the refugees who caught the Meredith Victory. The ship, designed to carry no more than 59 people, left Hungnam on Dec. 23, 1950, with 14,000 refugees. Sailing with no escort, it arrived at Geoje Island, off the south coast of South Korea, on Christmas Day. Mr. Moon, who was born in a refugee camp on Geoje in 1953, said his mother used to tell him about the candies handed out to refugees who were jam-packed into the cargo hull on Christmas Eve.

He has called the Meredith Victory’s voyage “one of the greatest humanitarian operations in human history.”

“I am deeply moved by the humanity the American military demonstrated when it evacuated not just its own troops, but refugees as well during such a desperate situation,” Mr. Moon said when he visited the United States in 2017.

Understand the Taliban Takeover in Afghanistan

Who are the Taliban? The Taliban arose in 1994 amid the turmoil that came after the withdrawal of Soviet forces from Afghanistan in 1989. They used brutal public punishments, including floggings, amputations and mass executions, to enforce their rules. Here’s more on their origin story and their record as rulers.

Who are the Taliban leaders? These are the top leaders of the Taliban, men who have spent years on the run, in hiding, in jail and dodging American drones. Little is known about them or how they plan to govern, including whether they will be as tolerant as they claim to be. One spokesman told The Times that the group wanted to forget its past, but that there would be some restrictions.

The Meredith Victory’s captain, Leonard LaRue, made the decision to abandon weapons and cargo to carry as many refugees as he could in what has been called “the largest evacuation from land by a single ship.” The captain became a Benedictine monk in New Jersey after the war and died in 2001. The U.S. bishops’ conference has recently expressed support for his canonization.

​Since the coronavirus pandemic, Mr. Moon’s government has sent millions of face masks as a token of gratitude to Korean War veterans around the world, including three surviving crew members of the Meredith Victory: Robert Lunney, Burley Smith and Merl Smith.

Mr. Sohn, one of the babies born on the ship, met with Mr. Lunney several years ago when the American was invited to South Korea. Together they confirmed that Mr. Sohn was “Kimchi One.” According to Mr. Lunney, the ship’s American crew nicknamed the five babies born on board “Kimchi” because, apparently, it was the Korean word most familiar to them, Mr. Sohn said.

Both Mr. Lee and Mr. Sohn said that when they saw the news of a young Afghan soccer player falling off an American plane and of ​babies being born during airlifts from Kabul​, they relived the pain ​of war-torn Korean families.

Before joining the mad rush onto the Meredith Victory, Mr. Sohn’s father and mother entrusted their 9-year-old son and 5-year-old daughter to his brother, who stayed behind. His parents believed the family would be reunited when the tide of the war turned in favor of the United States.

Instead, the war was halted in a cease-fire and the Korean Peninsula remains divided. Mr. Sohn’s parents died without seeing their two children in the North again.

Thousands of refugees were stranded in Hungnam after the last ship departed. The American military bombarded the harbor to destroy its equipment and supplies so that the Communists could not use them. Mr. Lee, 70, said he ​has ​heard from North Korean defectors who say that many refugees left behind at the port died during the bombing, and that others were sent to prison camps. ​

​After resettling in South Korea, Mr. Lee’s father ran a photo studio and his mother a grocery store. Mr. Lee became a veterinarian. They all named their shops “Peace,” he said. “My father didn’t want another war ​in Korea.”

Kamala Harris to campaign in Texas this week 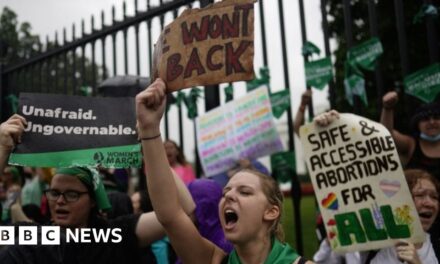