At A Shelter, Lake Tahoe Residents Fleeing A Massive Fire Wonder What’s Next 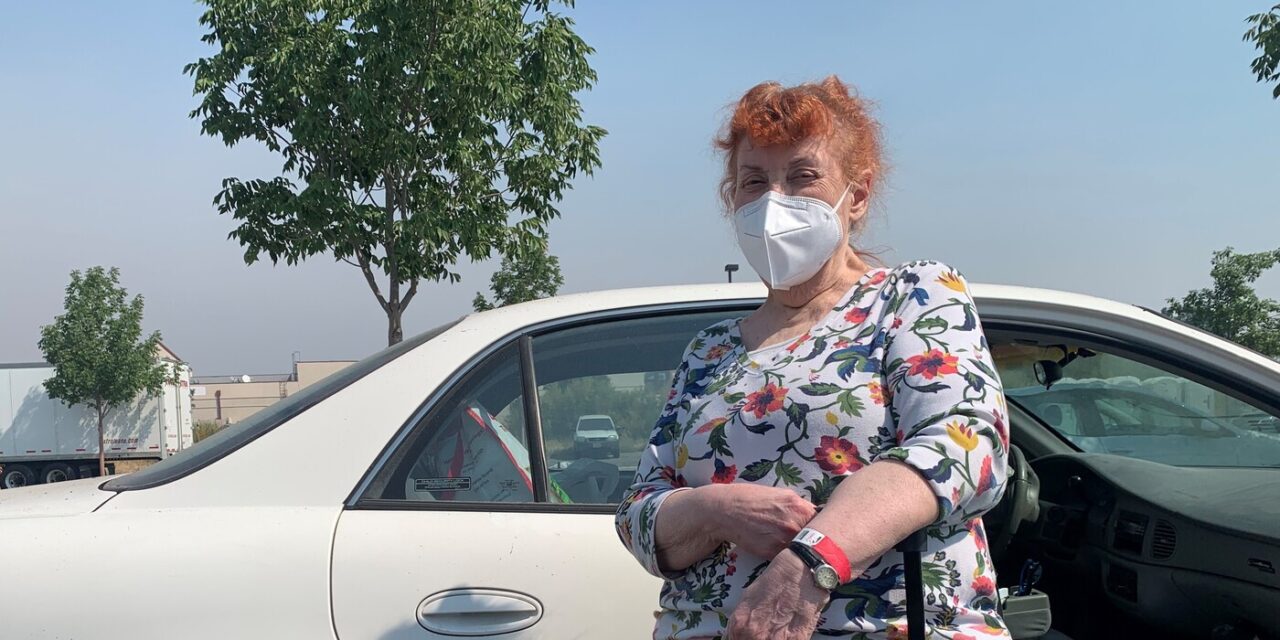 Mimi Routh, 79, unloads a suitcase from her car after evacuating from the Tahoe Senior Plaza to a shelter in nearby Gardnerville, Nev. Kirk Siegler/NPR hide caption

Mimi Routh, 79, unloads a suitcase from her car after evacuating from the Tahoe Senior Plaza to a shelter in nearby Gardnerville, Nev.

When Mimi Routh got orders to evacuate from the Tahoe Senior Plaza where she lives, she decided not to wait for the city bus like most of her neighbors who were also fleeing the flames of out of control Caldor Fire.

Instead, the 79-year-old Air Force veteran decided to head out on her own. She grabbed a few cherished essentials and drove herself to a shelter in Nevada about twenty miles away.

Routh is one of about 50,000 people who have been evacuated in the Tahoe area since the fire began. The mass exodus, coupled with the unfavorable weather conditions that have made it difficult to contain the fire for weeks, means shelters are filling up and hotel rooms are hard to find and expensive. COVID restrictions have also limited the number of people that can be housed in any given shelter.

Routh tells NPR she is grateful to have landed a safe spot at the Red Cross shelter at the Douglas County Community Center in Gardnerville, Nev. Initially she was told there was no cot available and that she’d have to drive to another shelter in Reno, Nev., 55 miles north.

“It was a big shock,” she says, talking through an N95 mask and shielding her eyes from the ominous orange smoke-obscured sun after a mostly sleepless night.

Firefighters work to put out a spot fire ahead of the main wall of flames on the Caldor Fire near South Lake Tahoe. Kirk Siegler/NPR hide caption

Firefighters work to put out a spot fire ahead of the main wall of flames on the Caldor Fire near South Lake Tahoe.

“One of my neighbors was beside me in the next cot,” she explains. “He talked and he coughed and people were walking on the gym boards.”

Routh is exhausted and uncomfortable but glad she’s being allowed to stay for now.

“I expect it’ll be a couple of weeks,” she estimates.

Meanwhile, there are more new worries: “We’re looking at how to do laundry, you know, things for ongoing living.”

Evacuees struggle to cope with uncertainty

Throughout the shelter, people look stressed and worn out and are wondering what their future holds.

Among them is Gayle Wedgewood, who says this is the first time she has evacuated from fire in more than two decades of living in Tahoe. She had planned to ride it out but then the winds shifted and the Caldor Fire started making runs toward the Nevada side of the lake, triggering more evacuations.

She and a friend have spent a few nights at the shelter, but Wedgwood tells NPR that they’re about to leave because they can’t bring in their dogs. She’s hoping to find a hotel.

“The nice thing is we’re not in some mountain community where there’s no services around,” she says, choosing to focus on a tiny bright spot in an otherwise grim situation. “I forgot a couple things at home and I was able to go over to Walmart and pick them up in a minute so no problem.”

A fire chief hopes for a major weather change, but he may have to wait weeks

The fire has been raging for 19 days and at this point, firefighters can only try to keep the flames from burning down whole neighborhoods.

Part of his crew mobilized to fight the Caldor Fire directly from the nearby Dixie Fire — the second-largest wildfire ever recorded in California. It’s clear they’re tired and under tremendous strain, Erlach notes.

“You can see some guys get a little fatigued,” he says, adding that he reminds them to take breaks.

This week they were mopping up hot spots from a small spot fire that blew out in front of the main flank and ignited near a subdivision in the woods. Meanwhile, on the front lines, a chopper dropped water on a steep granite slope in a canyon near South Lake Tahoe. Towering pine trees above were engulfed in flames.

Erlach says the fire won’t be slowed down until there is a major weather change. Meaning it could be weeks or more until thousands of people can even try to go home. 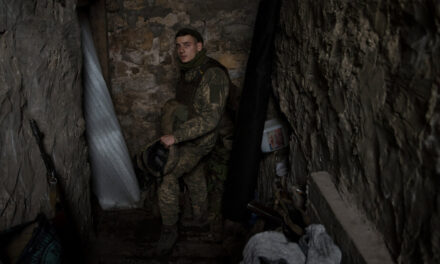 Putin Issues Threat Against ‘Anyone Who Tries to Interfere’ 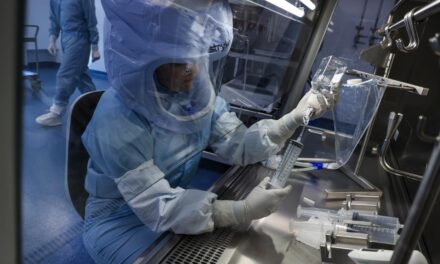 ‘This is just the start’: Research into Covid-19 opens doors to understanding other diseases

Inflation: The housing market is on fire. The Fed keeps adding gasoline