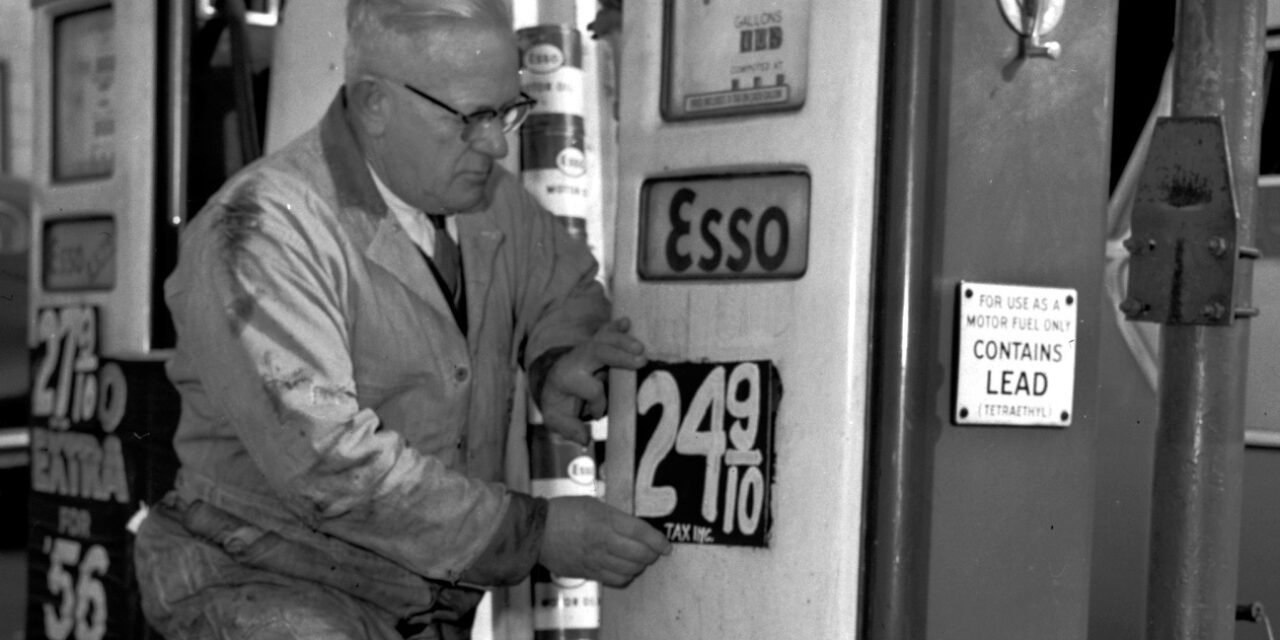 In December 1955, a man posts a price for leaded gasoline at a station in Everett, Massachusetts. The United Nations said on Monday that the world is no longer using the toxic fuel, bringing an end to a century of damaging pollution. Anonymous/Associated Press hide caption

In December 1955, a man posts a price for leaded gasoline at a station in Everett, Massachusetts. The United Nations said on Monday that the world is no longer using the toxic fuel, bringing an end to a century of damaging pollution.

Leaded gasoline’s century-long reign of destruction is over.

The final holdout, Algeria, used up the last of its stockpile of leaded gasoline in July. That’s according to the U.N. Environment Programme, which has spent 19 years trying to eliminate leaded gasoline around the globe.

“The successful enforcement of the ban on leaded petrol is a huge milestone for global health and our environment,” Inger Andersen, the UNEP’s executive director, said Monday.

The United Nations estimates that the phaseout of the toxic fuel will save $2.44 trillion per year, thanks to improved health and lower crime rates, and prevent more than 1.2 million premature deaths.

In 1921, researchers at General Motors discovered that adding a compound called tetraethyl lead to gasoline could improve engine performance. (Not-so-fun fact: Thomas Midgley Jr., a scientist who played a key role in what proved to be a calamitous discovery, also developed chlorofluorocarbons, a class of refrigerants that went on to damage the ozone layer.)

There were other additives that could serve the same purpose — today, ethanol is widely used as a far safer alternative. But lead quickly became the standard.

Gasoline containing ethanol is on sale in Des Moines, Iowa, in July 2013. Today, ethanol is one of the gasoline additives that serve the same purpose that tetraethyl lead once did. Charlie Riedel/AP hide caption

Gasoline containing ethanol is on sale in Des Moines, Iowa, in July 2013. Today, ethanol is one of the gasoline additives that serve the same purpose that tetraethyl lead once did.

At the time, it was well known that lead was a poison, and there was concern over the risk to workers exposed to the dangerous additive.

But researchers working for automakers, oil companies and chemical giants said that the general public would not be harmed by low levels of exposure through leaded gasoline.

That turned out to be disastrously false. Children, in particular, are vulnerable to even minute amounts of lead exposure, and the use of leaded gasoline has been linked to lower IQs and higher rates of violent crime. Lead exposure also causes heart disease, cancer and other diseases, and when burned in an engine, lead can easily contaminate air, water and soil.

It took decades for scientists to establish the damage that leaded gasoline was causing. By that point, virtually all the gasoline in the world had lead added to it.

Developed countries phased it out first

In the United States, the Environmental Protection Agency started an effort to phase out leaded gasoline in 1973. Starting in the 1970s, new vehicles were designed to run on unleaded. In fact, the new cleaner generation of cars couldn’t run on leaded gasoline — it would destroy their catalytic converters.

The new unleaded gasoline was more expensive, but the transition was unstoppable.

By the mid-’80s, most gasoline used in the U.S. was unleaded, although leaded gasoline for passenger cars wasn’t fully banned in the U.S. until 1996. (Today, leaded fuel can be used only in aircraft and off-road vehicles.)

Most other high-income countries followed suit.

But in much of the developing world, leaded gasoline continued to be in widespread use at the turn of the millennium. So in 2002, the UNEP launched an effort to work with governments and industry to phase out leaded fuel everywhere.

Now, a century after it was developed and 50 years after its dangers were established, leaded gasoline — at least as a legal fuel for street vehicles — is no more.

Rob de Jong, the head of UNEP’s sustainable transport unit, has been working on the leaded-gasoline phaseout effort since it started in 2002. It has meant persuading people who had only ever driven on leaded fuels that it would be worth paying more money to switch to exclusively unleaded.

He says the vast majority of the developing world embraced the phaseout within a decade. But a handful of countries were holdouts, particularly Algeria, Iraq, Yemen, Myanmar, North Korea and Afghanistan.

He points to two main reasons. First, countries like Iraq, Afghanistan and Yemen were at war. “Of course, it’s not easy to work in these countries, and they have got other priorities,” he says.

Secondly, corruption: “In some of these countries, officials were bribed by the chemical industry that was producing these additives. … They were bribed to buy large stockpiles,” he says.

The fight for cleaner vehicles continues

The last of those known stockpiles has been eliminated. Now, de Jong says he’ll be focused on the developing world’s need for better vehicle standards, higher-quality diesel fuel and a rapid switch to zero-emission vehicles.

He says the long battle to end the use of leaded gasoline has taught valuable lessons for the fight against climate change — including that it is possible to shift consumers and industries away from a profitable but damaging product.

But unlike with leaded gasoline, he says, a “two-track” approach won’t work for climate. With leaded gasoline, rich countries cleaned up their air decades before the rest of the planet did and were able to ignore the fact that lead pollution continued in poorer countries. 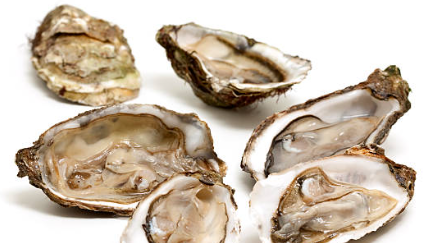 A norovirus outbreak is linked to raw oysters distributed in 13 states, the FDA says 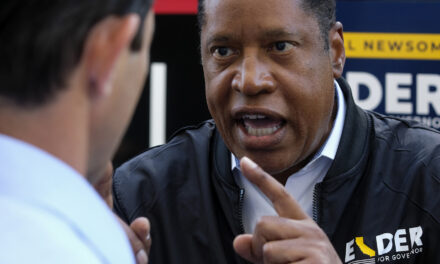 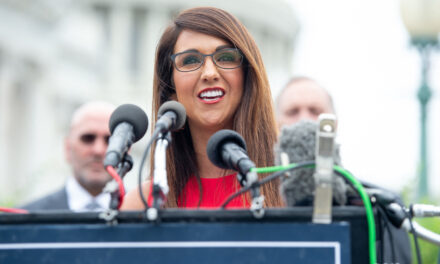 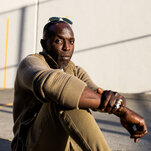