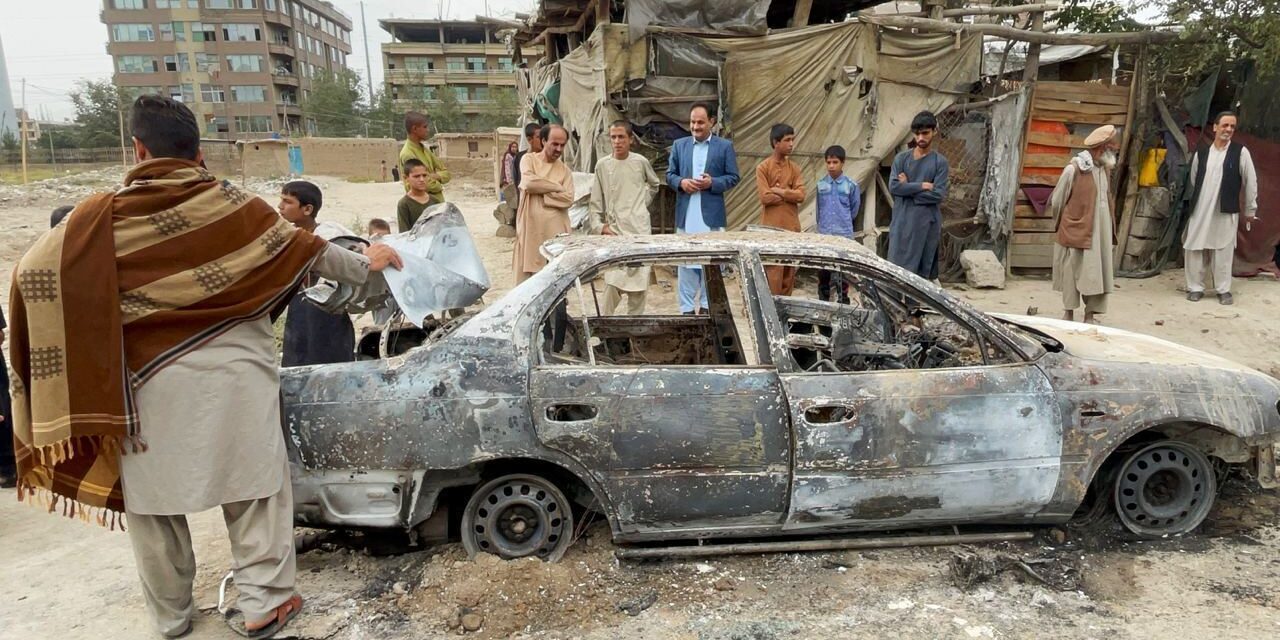 A view from the scene after rockets were fired at the Afghan capital Kabul’s Hamid Karzai International Airport on Monday. Casualties are feared, but no immediate details were available. Haroon Sabawoon/Anadolu Agency via Getty Images hide caption

A view from the scene after rockets were fired at the Afghan capital Kabul’s Hamid Karzai International Airport on Monday. Casualties are feared, but no immediate details were available.

Latest updates at a glance:

The Pentagon on Monday said it was looking into reports that ten Afghan civilians, including a number of children, were killed during a U.S. drone strike over the weekend that targeted suspected ISIS-K militants.

In a news briefing, Pentagon spokesman John Kirby said the U.S. military was “continuing to assess” reports of the civilian deaths.

However, The Washington Post reported Monday that 10 Afghan civilians, including several children, were also killed in the strike. The dead, all part of the same extended family, were reportedly getting out of a car near the targeted vehicle.

One of the relatives told the Los Angeles Times that no fewer than seven children were among the dead.

NPR has not independently confirmed the reports.

Centcom said in an earlier statement that it was “aware of reports of civilian casualties,” adding: “We would be deeply saddened by any potential loss of innocent life.”

U.S. operations will end soon, but no timeline given

Maj. Gen. Hank Taylor, also at the same briefing, said “operations in Afghanistan will conclude soon,” but gave no specific timeline despite the White House’s deadline of Tuesday.

Meanwhile, rockets fired on Monday that were apparently aimed at Kabul’s airport rained down on a nearby neighborhood as U.S. forces scrambled to evacuate thousands of Afghan trying to flee ahead of the withdraw of all American troops.

The attack, reportedly involving several rockets, occurred as U.S. C-17 cargo jets continued operations to evacuate people desperate to escape from an Afghanistan that is now controlled by the hard-line Taliban.

Gen. Taylor said five rockets were fired at the Kabul airport, that three had missed altogether, one was shot down, and a fifth hit the airfield, but caused no damage or injuries.

“We’re in a particularly dangerous time right now,” said Pentagon spokesman Kirby, acknowledging that there was still a threat to U.S. forces.

The Islamic State Khorasan (ISIS-K) claimed responsibility for the attack. The group’s Nasher News said on its Telegram channel that “By the grace of God Almighty, the soldiers of the Caliphate targeted Kabul International Airport with six Katyusha rockets.”

U.S. Central Command spokesman Bill Urban said earlier that the rockets were intercepted by a U.S. defensive system known as a Counter Rocket, Artillery and Mortar System, or C-RAM.

The drone strikes follow a suicide bombing at the gates of the airport last week that killed 169 Afghans and 13 U.S. service members. ISIS-K, an affiliate of the widely known extremist group, claimed that attack as well, inviting swift retaliation in the form of a U.S. drone strike that killed two “high-profile” members of group and wounded a third, according to U.S. officials.

U.S. strikes back at ISIS-K

“We are confident we successfully hit the target. Significant secondary explosions from the vehicle indicated the presence of a substantial amount of explosive material,” he said.

The two drone strikes on Friday and Sunday came after President Biden last week vowed to hunt down the perpetrators of Thursday’s airport attack. A day before the second U.S. strike, Biden warned that another attack on the airport was imminent and that he had directed U.S. commanders to “take every possible measure to prioritize force protection.”

U.S. Secretary of State Antony Blinken said the lead up to the Aug. 31 troop withdrawal deadline was “the most dangerous time in an already extraordinarily dangerous mission these last couple of days.”

On Sunday, the president attended a ceremony at Dover Air Force Base in Delaware in which the flag-draped caskets containing bodies of the U.S. service members killed in last week’s attack in Kabul arrived aboard a C-17 plane.

Biden stood with grieving families as honor guards in dress uniforms removed the caskets. He and first lady Jill Biden also met privately with family members of the dead.

Eleven Marines, one Army soldier and one member of the Navy were among the dead. In a statement on Saturday, the president called them “heroes who made the ultimate sacrifice in service of our highest American ideals and while saving the lives of others.”

“The 13 service members that we lost were heroes who made the ultimate sacrifice in service of our highest American ideals and while saving the lives of others,” Biden said in the statement. “Their bravery and selflessness has enabled more than 117,000 people at risk to reach safety thus far.”

As airport evacuations continued on Monday, the White House said that about 1,200 people were evacuated from Kabul in the 24 hours ending at 3 a.m. ET Monday.

“This is the result of 26 US military flights (26 C-17s) which carried approximately 1,200 evacuees, and 2 coalition flights which carried 50 people,” the statement said.

National security adviser Jake Sullivan said the Biden administration believes it will still have “substantial leverage” over the Taliban after U.S. forces withdraw from Afghanistan that will allow the U.S. and its allies to safely leave the country even after Tuesday’s deadline.

Biden has said he is committed to withdrawing U.S. forces by Tuesday, but Sullivan said there are about 300 American citizens who remain in the country. Many others hoping to evacuate are Afghans who helped the U.S. military and who qualified for special immigrant visas (SIV) or other visas to come to the U.S.

“After Aug. 31, any person in the country who is an American citizen or a legal permanent resident, who is an SIV holder or otherwise, we will work to ensure their safe passage out of the country to the United States,” Sullivan told CNN on Sunday. 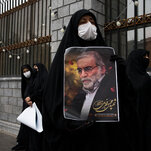 The Scientist and the A.I.-Assisted, Remote-Control Killing Machine 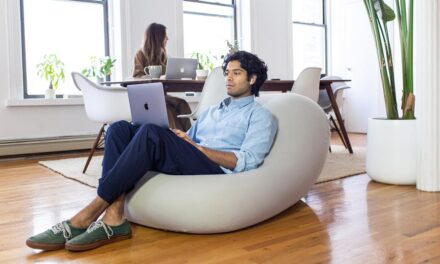 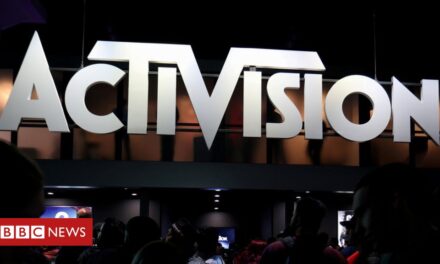