Why Are Steve Martin, Selena Gomez and Martin Short Working Together? It’s a Mystery. 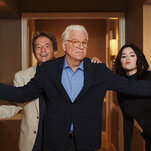 Eliciting comedy from Steve Martin and Martin Short is usually a simple proposition: You just put the two of them together. Even as they looked back on their years of friendship and collaboration in a video interview earlier this summer, they couldn’t help falling into a familiar rhythm of affectionately zinging and zetzing each other.

When Martin caught himself in a moment of self-reflection — “If I could talk about myself just for a second,” he said ostentatiously — his on-screen partner saw the opening he’d been given.

“I wouldn’t know it any other way,” Short quickly interjected.

A few moments later, Short offered an overview of his own work — “Throughout my career, I have satirized narcissism,” he said — and it was time for payback.

Martin replied, “Except for you, it’s not a satire.”

They can do this sort of repartee in their sleep. But what if you took these veteran entertainers outside of their comfort zone and put them in a TV series playing creaky, washed-up showmen? What if they were teamed with a third actor who is in no way a member of their demographic cohort, like, say, Selena Gomez? What if the series were not only an arch sendup of cutthroat New York life but also a murder mystery?

This is the unlikely yet oddly effective premise of “Only Murders in the Building,” which makes its debut Tuesday on Hulu. The series, in which Gomez, Short and Martin play mismatched residents in a Beaux-Arts building, drawn together by the death of a neighbor, is a comic whodunit that also inspires another, more basic question: How did this show come to exist?

The answer turns out to be not a computer algorithm or a dart board but a development process that played out over several years. Its end result is a series that drew Gomez, the actress and pop singer, back to television for her first scripted show since her early 2000s breakthrough on “Wizards of Waverly Place” — and cast Martin in his first continuing TV role ever.

Making “Only Murders in the Building” was a process of discovery for all three of its leads, one that showed Short and Martin that their well-honed routine had room for new tricks and new teammates, and also that Gomez could capably hold her own with her two seasoned co-stars.

As Gomez explained in a separate phone interview, performing alongside Short and Martin was an understandably intimidating task. “They don’t know what to expect from a 29-year-old, and they don’t know much about me,” she said. “We were getting to know each other.”

But she arrived with her own wry sensibility and a genuine enthusiasm for the crime genre, and, like her character, forged a surprising connection with her partners.

“In real life, if I had met two older men that were into solving mysteries, I would totally bond with them in the same manner,” she said.

The central conceit of the series is one that Martin nursed for many years. He said he had devised it at a party whose host suggested that he write something for three other guests he described only as “older Broadway actors.”

As Martin recalled: “The idea came almost immediately, that they lived in a building and they all were interested in crime. But they didn’t have they energy to go downtown, so they would only do murders in the building.”

Martin, now 76, is a cultural eclecticist whose output includes cartoons, Broadway shows and banjo music. (Full disclosure: He also provided a blurb for a book of mine that was published in 2018.) In his telling, he had no interest in doing the series himself until the 71-year-old Short suggested they could act in it together.

But the actual path to their pairing on the show was more elaborate. For some time, Martin has been courted by TV producers like Dan Fogelman, the creator of shows like the NBC mainstay “This Is Us.”

When Fogelman and his producing partner, Jess Rosenthal, landed a lunch meeting with Martin a couple of years ago, they hoped for a memorable encounter with one of their comedy heroes but expected few tangible results.

“I don’t think Steve operates from a place of, what’s a vehicle I can create for myself?” Fogelman said. “He thinks, ‘What’s an idea that I find funny or interesting?’ Then it probably takes somebody nudging him to do it himself.”

But Martin said he had noticed himself feeling wistful for the familiarity of an on-camera production going back to the making of “It’s Complicated,” the Nancy Meyers romantic comedy from 2009 in which he co-starred with Meryl Streep and Alec Baldwin.

When that film was completed, Martin said, “I didn’t really have nostalgia for going back to the movie, essentially. I did have nostalgia for working with people.” Getting to act and occasionally pitch story ideas and dialogue for something someone else was in charge of, he said, was “the perfect level of contribution without it being your entire life.”

Near the end of the lunch meeting with Fogelman and Rosenthal, Martin volunteered his idea for what would become “Only Murders in the Building.” After some cajoling, he indicated he might appear in it if Short did, too.

Though he and Martin are now inseparable peers, Short still had vivid memories of feeling inferior when they met on the 1986 Western satire “Three Amigos!”

Appearing alongside Martin and Chevy Chase in his first film role, “I was the cheap Amigo,” Short said. “Like, Carrot Top has passed, and now who do we go to?”

Despite an estimable résumé that included runs on “SCTV” and “Saturday Night Live,” Short said he had been awe-struck by Martin. “For the first couple of weeks, I had to do an impersonation of myself being relaxed,” he said. But over the course of the shoot, he said, “we laughed a lot and played a lot of Scrabble.”

Thirty-five years later, the Hulu series casts them as Charles (Martin), a vaguely famous actor from a long-ago TV cop drama, and Oliver (Short), a once-hot Broadway director still yearning for another shot at the limelight.

John Hoffman, who is the showrunner of “Only Murders in the Building” and shares credit with Martin for creating the series, said the crux of the show was not the age of its lead actors but the idea of “three lonely people who find a sense of connection.” Noting his previous work on the Netflix comedy “Grace and Frankie,” Hoffman said: “On that show, there was already a lot about growing older and issues around that. I very consciously said, I don’t want to do that again.”

Even so, as Hoffman and his colleagues mapped out the new show, they were wary of making its three main characters too similar. Recalling those conversations, Hoffman said: “Don’t we want an alien in their world? The thing that we’re not expecting, that doesn’t make sense?”

Their solution was to have Charles and Oliver forge an uneasy alliance with a third character, Mabel: a sarcastic young woman who isn’t totally forthcoming about how she is able to live in their building or why she is so interested in the central crime of the story. Fogelman said that Gomez was an archetype the producers used as they sketched out the character — and later learned to their surprise that she was actually interested in the role.

Gomez, who is a fan of psychological thrillers and has attended Crimecon, a real-life gathering dedicated to solving cold cases, said she felt a certain kinship with Mabel. “I’m not as dark,” she said. She thought about this and added: “Actually, you know, maybe I am. But I’m not as intense as she is.”

There was some trepidation heading into the show’s first table read, which was held over video conference and was the first time its three stars performed together. But at its conclusion, “There were phone calls back and forth, among Steve, Marty, Dan and me,” Hoffman said. “We were just nuts about Selena.”

Gomez has been an executive producer of the Netflix teen drama “13 Reasons Why” and a host of the HBO Max cooking show “Selena + Chef”; her filmography includes Harmony Korine’s crime thriller “Spring Breakers” and Jim Jarmusch’s zombie comedy “The Dead Don’t Die.” Still, she said she had expected that working on “Only Murders in the Building” would present its own challenges.

“You can kind of tell in the first episode, where I feel like I was a bit timid,” she said. “You can also see throughout the season how I got more loose and comfortable.”

As filming for the series took place in New York this past winter and spring, Gomez said, she learned to stop idolizing Short and Martin as elder statesmen and to open up to them in human, quotidian ways.

“They’re like my crazy uncles,” she said. “They were wonderful with giving advice, even just about my personal life. I’d ask them all the questions that girls ask, like, ‘So, when did you guys first fall in love?’ I’d ask them about boys and dating. They’d be like, ‘Well, make sure he’s kind.’ They were just so sweet.”

Both Short and Martin praised Gomez for her comedic chops and for the ability to cut their quibbling, unhip characters down to size.

Martin compared the dynamic to the famous Katz’s Delicatessen scene from “When Harry Met Sally …”, whose “I’ll have what she’s having” punchline is delivered by an observer played by Estelle Reiner.

“Two people can be having a scene, but the laugh comes when it cuts to a third person who’s looking in,” he said. “Selena can really do that. She has this posture, like, ‘Are you two children?’”

Meanwhile, Short and Martin found themselves spending even more time together during the making of the show, on set and on trips home, during which they would share a car ride and trade gossip. “It was during Covid, so we didn’t have options,” Short said.

“We were in each other’s bubble,” Martin added.

Given the unusual leap that “Only Murders in the Building” represents for each of its stars, they are all trying to strike the right balance between caring about its success and acting nonchalant about its prospects.

Martin cited an adage that he attributed to his friend and fellow actor Richard E. Grant, saying: “You put your heart and soul into something, your dreams, your high hopes. Then later you realize it’s just another title on the shelf.”

When Short heard this, he could hardly contain himself. “That’s an optimistic thought,” he said sarcastically. “You know what else happens eventually? You’re laughing, you love your children, you have a stroke and you die.”

Martin adopted a tone of exaggerated grandeur as he replied, “You’re welcome.” 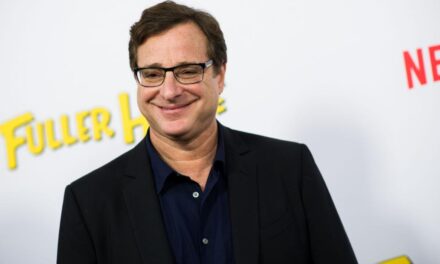 The comedian and star of ‘Full House’ was found in a Florida hotel room. He was 65. 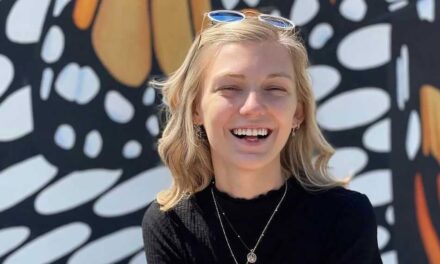 What we know about Gabby Petito’s final days

Summer Vacation With Unvaccinated Kids: Here’s What You Can Do