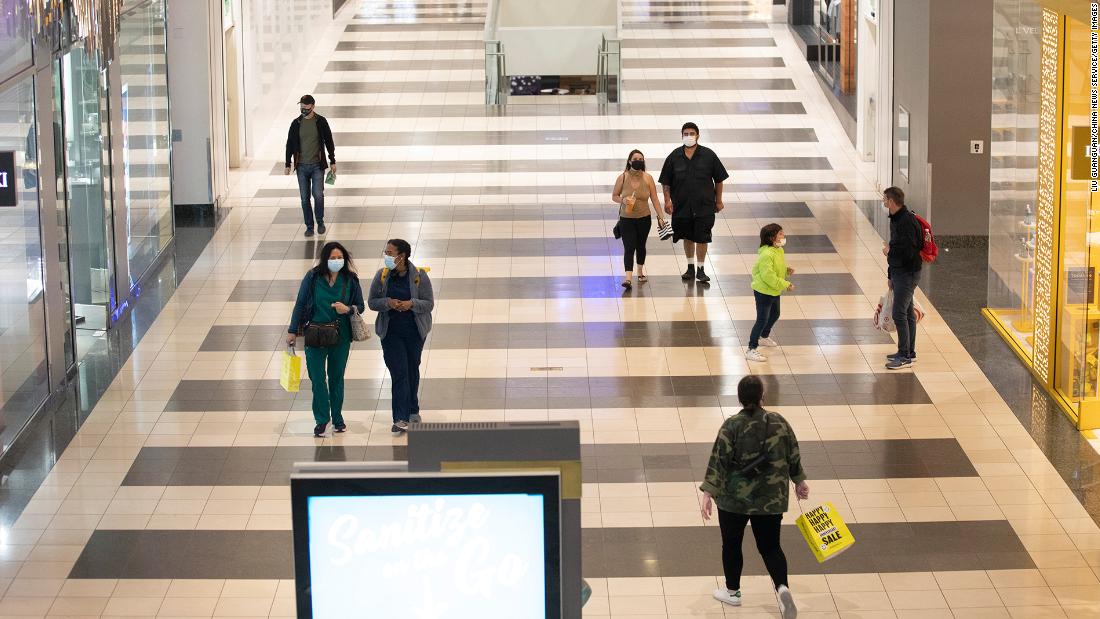 A version of this story first appeared in CNN Business’ Before the Bell newsletter. Not a subscriber? You can sign up right here.

London (CNN Business)The Federal Reserve is buying $120 billion in bonds per month, part of a package of emergency measures to prop up the US economy during the pandemic. But as activity returns to normal, is that level of support necessary?

That’s among the key questions facing central bankers when they gather for an annual meeting in Jackson Hole, Wyoming this week.

What’s happening: The event, which usually includes central bankers from around the world, will be a pared-back affair due to the pandemic. Neither European Central Bank President Christine Lagarde nor Bank of England Governor Andrew Bailey will be in attendance.

That puts attention squarely on the Federal Reserve, which telegraphed last week that it could begin to taper its bond purchases by the end of the year.

At its current pace, the Fed would scoop up about $480 billion in assets between September and December. But debate has been growing about whether that’s really needed.

“It’s harder to argue now [that] the Fed needs to keep going with these emergency support measures,” Andrew Hunter, senior US economist at Capital Economics, told me.

Retail sales are significantly above pre-pandemic levels, and the US economy added 943,000 jobs in July. Tens of millions of US households will also receive monthly bank deposits through the end of the year — the result of the enhanced child tax credit that was part of President Joe Biden’s $1.9 trillion stimulus package.

On deck: Most Fed watchers agree that news on bond purchases at Jackson Hole is unlikely, though Chair Jerome Powell’s speech on Friday will be monitored closely. Instead, they think the Fed will formally announce its plans to start tapering bond purchases in September, with the shift kicking in before 2022. (Though the Delta variant remains a major unknown.)

The Federal Reserve has only launched two large-scale, asset-buying programs in its history — one after the 2008 financial crisis, and one in response to the pandemic. That makes it difficult to game out how financial markets and the real economy will respond.

There are some concerns that financial markets could panic. The memory still looms of the 2013 “taper tantrum,” when the Fed’s announcement that it would eventually slow asset purchases sparked a sharp bond market selloff.

“There’s always a chance for short-run turbulence,” said Randall Kroszner, who served as a Federal Reserve governor between 2006 and 2009.

But this recovery looks very different from the one that followed the financial crisis, according to Michael Skordeles, senior US macro strategist at Truist Advisory Services.

“Going across many industries, things look very strong,” he said. “That wasn’t the case in 2013.”

Even then, the short-term shock to markets had little effect on the actual economy, said Kroszner. Even if interest rates move up slightly as the Fed changes course, they’re likely to remain very close to historic lows.

The hope is that by beginning to step back this year, the Fed will be able to gently back away without causing too much tumult.

“Starting earlier allows them to do it even more gradually,” Skordeles said.

At Kevin Smith’s home health care agency in Massachusetts, only 52% of his 400 staff members have been vaccinated. He’d like to order them all to get the shot, but he says he can’t risk a mass exodus.

“It puts you at risk of alienating the staff, if not losing them to a competitor,” said Smith, who has run the family-owned Best of Care since 2013. “No one can afford to do that. That is why any employer in our industry is so reluctant to impose a mandate.”

Step back: Employers are facing a record number of job openings and not enough candidates. That puts companies who might otherwise consider requiring vaccinations in a tight spot, my CNN Business colleague Chris Isidore writes.

Among unvaccinated workers asked what they would do if their employer instituted a mandate, 50% said they’d leave their job, according to a June survey by health policy think tank KFF.

The problem: A higher inoculation rate is exactly what experts say we need to fight the pandemic, and there’s pressure on employers to play a larger role.

The Equal Employment Opportunity Commission said employers have the right to impose a vaccine mandate as long as there are exceptions for employees with health conditions or legitimate religious objections.

Even among hospitals, most employers don’t have vaccine mandates. The American Hospital Association said only 2,100 hospitals, about a third of the nation’s total, require vaccines — and many are in places where state laws or executive orders mandate them.

“Employers in a labor shortage environment don’t want to create any barrier for employment, let alone any cause for people to go elsewhere,” said Julia Pollak, chief economist for job site ZipRecruiter.

Opinion: The missed opportunities of the Covid stimulus package

Mnuchin and Pelosi still negotiating stimulus as Democrats prepare to vote on $2.2 trillion bill if there’s no deal

Opinion: All eyes should be on the Senate

Stimulus benefits: You may have to wait until next year’s tax season for some aid