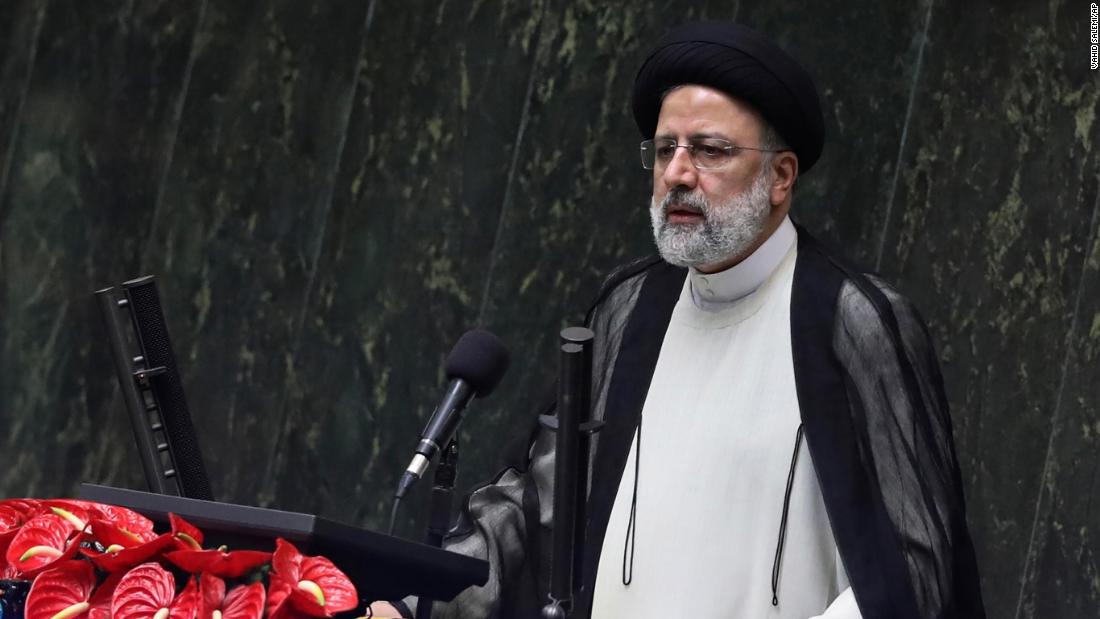 The deal’s original signatories known as the P5+1 — the US, UK, France, China, Russia and Germany — had hoped to begin their seventh round of negotiations by now. Some officials have expressed disappointment that the talks have been so delayed since the last round ended on June 20, especially as Iran’s nuclear advances risk making the current deal irrelevant.

Now that President Ebrahim Raisi is officially in power after his inauguration Thursday, officials are hoping meetings will begin again in the next few weeks, but it’s still not clear if and when that will happen.

While Raisi is considered a hardliner, he has said that in principle he does not oppose the nuclear deal, known as the Joint Comprehensive Plan of Action or JCPOA, and American officials have said they don’t expect him to walk away from the talks.

Still, negotiations stalled at the end of June, and with Iran’s nuclear program accelerating, US officials are privately and publicly signaling they won’t stay at the table forever. The original deal’s terms might no longer cover the program as it continues to advance.

“We are committed to diplomacy, but this process cannot go on indefinitely,” Blinken told reporters in Kuwait on July 29. “At some point, the gains achieved by the JCPOA cannot be fully recovered by a return to the JCPOA if Iran continues the activities that it’s undertaken with regard to its nuclear program,” he said.

When talks paused after a sixth round, among the major outstanding issues still being worked out was how to deal with Iran’s nuclear research and development advances, according to an official familiar with the ongoing talks. The official said Iran was essentially telling the P5 + 1, “tough luck, four years of Trump, we have suffered so much, this was our answer, you can’t take that away from us.”

All parties to the talks have a sense of the clock ticking down, this official said. “We all want to return, and we’re determined to work on it, but it’s stating a matter of fact when Blinken says … that negotiations can’t go on forever,” the official said. “As Iran proceeds with enrichment there comes a point when there’s no JCPOA to return to. We’re not there yet.”

Hope has ‘slowly been fading’

Failure to return to the deal would be a blow to President Joe Biden’s foreign policy agenda.

His officials, meanwhile, have fumed privately that they inherited major roadblocks to re-entering the deal from the previous administration and are now thinking through contingency plans.

After President Donald Trump pulled out of the deal in 2018 and imposed a maximum pressure campaign on Iran with stiff new sanctions, Iran began developing and testing centrifuges that have shortened the time it would take to produce enough material for a bomb. Officials now believe it would take far less than a year — the “breakout” standard codified in the JCPOA — for Iran to produce enough nuclear material for a weapon. Iran has also been restricting UN inspectors’ access to its main uranium enrichment plant at the Natanz nuclear facility.

Hope has “slowly been fading,” said another person familiar with the negotiations, since it became clear that a deal would not be struck before Iran’s elections. That timeline was the US’ original goal, but significant sticking points remained like the scope of sanctions relief — with the US and allies arguing that they can only lift sanctions connected to the nuclear deal, not penalties associated with human rights abuses, conventional weapons violations or other issues.

The prospect that the US is also working to “lengthen and strengthen” the deal, as US officials have characterized it, hasn’t helped negotiations. Iran has not yet been willing to commit to discussing non-nuclear issues, such as its ballistic missile program, in follow-up talks.

Broadening out the deal has been a priority for more hawkish Democrats like Senate Foreign Relations Committee Chairman Sen. Bob Menendez, who has urged the Biden administration to enter into an agreement “that prevents Iran from ever acquiring nuclear weapons and meaningfully constrains its destabilizing activity throughout the Middle East and its ballistic missile program,” he and 42 other senators wrote in a letter to Biden in the spring.

That plea has become more urgent since a new class of Iranian-made drones that can evade US detection began targeting US military assets in Iraq.

Still, US officials have been caught off guard that the delay in reconvening talks has lasted so long, people involved in the negotiations said.

The official familiar with the talks described the length of the hold-up since the election as a “bad surprise,” particularly because Iranian officials had told their counterparts that Tehran would continue the talks once the election was over.

There is speculation among the P5 + 1 partners that the delay could be a tactical move by Iran. Increasingly, however, they also believe there is a real debate going on within the Iranian system on how to proceed with negotiations.

“There seems to be a determination by Raisi about how they want to take hold of the process and leave their mark — that would be about more than tactics,” said the official. “The working hypothesis we have … is that Raisi means what he says and wants to go back into JCPOA,” this official said.

One major uncertainty: “We don’t know whether Raisi will want to appoint his own people, a new team, to come to negotiations,” this official said.

A new team could be disruptive as the negotiators now know each other well after months of marathon sessions in hotel conference rooms, spending day after day discussing aspects of the deal, then using midday and evening breaks to report back to their home countries.

There is also concern among the negotiators that if Iran’s new hardline president is displeased by the previous administration’s work on the issue, he may have unrealistic expectations about what can be accomplished, pushing their progress back.

For the Iranians, however, a major lingering issue is the question of guarantees. Tehran “wants to know there won’t be a Trump 2.0 while they’re in full compliance,” the official said, and face another situation where they are abiding by the terms of a deal, only to have an American leader leave the agreement and reimpose crippling economic sanctions. The Americans, of course, are unable to guarantee what a future administration might do.

Some on the National Security Council believe a nuclear crisis is looming if a deal is not reached by the end of the year, according to people familiar with the matter. This opinion is shared by some experts: Dr. Jeffrey Lewis, a professor at the James Martin Center for Nonproliferation Studies at the Middlebury Institute of International Studies, said the alternative to reaching an agreement is that “we go back to the running crisis” that plagued successive administrations until a deal was struck in 2015.

Lewis does not agree, however, with the idea that returning to the deal should hinge on the one year “breakout” standard. Officials should be more concerned, he believes, with the time it would take for Iran to “sneak out” of the deal, with the goal of making it harder for Tehran to build a secret nuclear facility for the third time.

Not everyone believes a nuclear crisis is inevitable if the JCPOA fails, however. Menendez and Republican Sen. Lindsey Graham have proposed another idea that staffers say has been well-received by the administration — namely, pushing Iran to accept the creation of a nuclear fuel bank for the Persian Gulf region. The idea would be that Iran could only access such a bank, and fuel its commercial nuclear reactors, on the condition that it gives up its domestic uranium enrichment and reprocessing — key components for nuclear weapons.

Still, such a solution, even if accepted by Iran, would only address the nuclear issue and not Iran’s broader destabilizing activities throughout the region. Iran’s return to compliance with the JCPOA, even though the deal was limited to Iran’s nuclear activities, was seen by Biden and experts as a crucial jumping off point for further negotiations.

Israel, meanwhile, has remained staunchly opposed to re-entering the nuclear deal. The country’s new Prime Minister Naftali Bennett called on the US and its partners to “wake up” to the risks of continuing negotiations, and Israeli officials have indicated that they are willing to take matters into their own hands to stymie Iran’s nuclear program. The former Mossad chief suggested in June that the Israeli intelligence agency played a role in explosions at Namatz in April and last year.

“It’s a race against the clock — we can only reenter the deal on our terms, and if we cannot reenter the agreement by the end of the year, it’s possible Iran may have reached a nuclear breakout capability,” said Halie Soifer, a former foreign policy adviser to then-Senator Kamala Harris who now serves as CEO of the Jewish Democratic Council of America.

“Ultimately, the Biden administration is committed to preventing Iran from acquiring a nuclear weapon, which is an objective it shares with our allies, including Israel,” Soifer said. But she noted that the US, Israel and Iran all have new governments, and it will take time to coordinate on addressing the nuclear threat and threats to regional stability.

“What remains unclear is how much time we have,” she said. 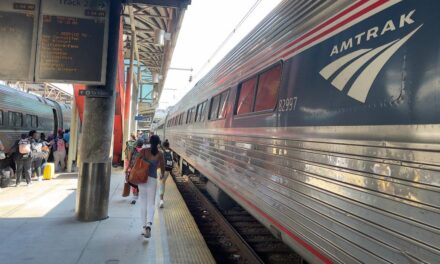 Here’s what’s not in the infrastructure bill 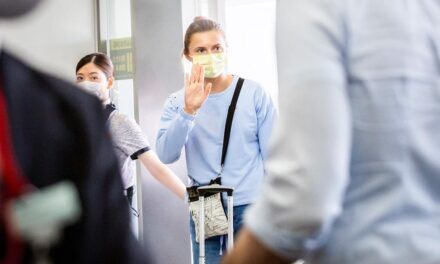 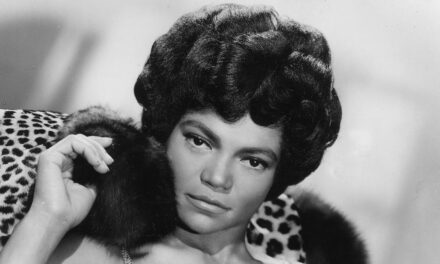 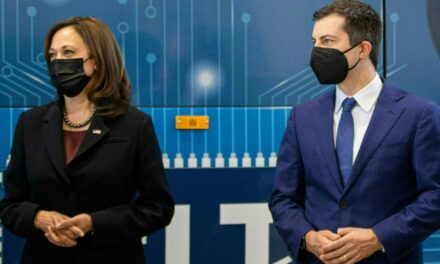 As reports swirl of a Harris-Buttigieg rivalry to be Biden’s successor, the pair play it cool