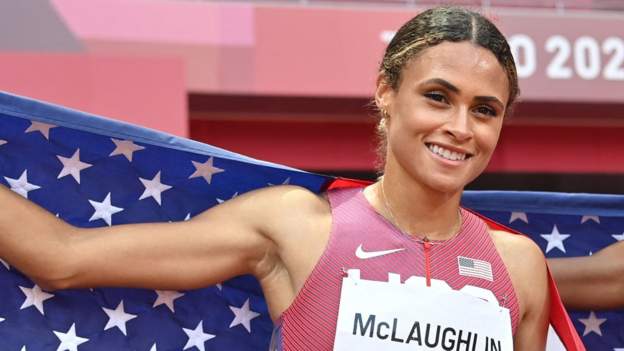 The USA’s Sydney McLaughlin smashed her own world record with a sensational run as she took Olympic gold in the women’s 400m hurdles at the Tokyo Games.

McLaughlin, 21, powered down the home straight to finish in 51.46 seconds as she shaved almost half a second off the old mark to reel in compatriot and rival Dalilah Muhammad.

In a race featuring five personal bests, McLaughlin’s blistering time lowered the mark she set at the US trials in June, when she clocked 51.90secs.

“I can’t really get it [the world record] straight in my head yet. I’m sure I’ll process it and celebrate later,” McLaughlin said.

“I am absolutely delighted. What a great race.”

After a near 16-year period of the record remaining in tact, Muhammad and McLaughlin have now exchanged the world best on four occasions in the last two years.

McLaughlin superbly judged her effort in chasing down Rio 2016 champion Muhammad, who set the early pace and still held a slim advantage over the final hurdle.

“The race doesn’t really start until hurdle seven. I just wanted to go out there and give it everything I had,” added McLaughlin.

“I am grateful to be out here celebrating that extraordinary race and representing my country. I saw Dalilah ahead of me with one to go. I just thought, ‘run your race’.

The new women’s best follows Norway’s Karsten Warholm obliterating his own world record in the men’s 400m hurdles on Tuesday.

The 10 Senate seats most likely to flip, one week from Election Day

Stung By Media Coverage, Silicon Valley Starts Its Own Publications 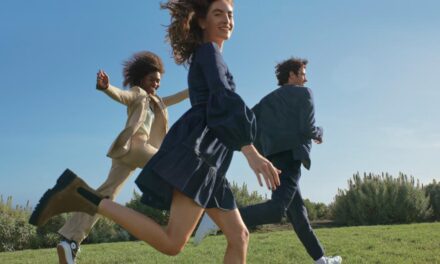 The best products under $50 at the Nordstrom Anniversary Sale

Want to see how the landscape is shaping up on election night? Look to North Carolina