Dolly Parton Tried to Get Tennessee Vaccinated. But It’s Not Enough. 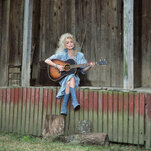 NASHVILLE — When Dolly Parton received her first dose of the Moderna vaccine at Vanderbilt University, where her million-dollar donation helped to fund the research, she sang an updated version of her iconic song “Jolene.” The tongue-in-cheek lyrics were meant to inspire people to get vaccinated:

She gave it a good try, a heroic try, but somehow the bonehead politicians running this state managed to overcome even the good will generated by its favorite daughter.

Remember how hopeful we were this year when the new Covid-19 vaccines arrived so astonishingly quickly, and were so astonishingly effective and safe? As a nation — politically, institutionally, too often personally — we’d botched almost everything about this pandemic, and we did not deserve a miracle. The miracle arrived anyway.

We were giddy about the prospect of those vaccines. We could not stop talking about how happy we would be to sit in a movie theater again, to hear live music again, to go to church and sing out loud again, to sit and talk around a table again, late into the night, with no care for how long we had been breathing the same air. We would reach for new babies and lean down to smell their downy heads. We would weep with the joy of being skin to skin with new life. New life, after such a long, dark year!

The anticipation of happiness seemed truly ecumenical. Liberals, conservatives, politically indifferent people — all the people I knew were watching for their vaccine priority number to come up. We were signing up for leftover doses that might be available at the end of the day. We were heading out of town to get vaccinated in rural counties where health officials were moving more quickly through the vaccine priority rankings. The lack of vaccine lines should have told us something was happening in those counties, something besides the fact that fewer people lived there.

Tennessee’s governor, Bill Lee, understood what was going on. Mr. Lee is vaccinated, but he refused to be photographed getting the shot — the Covid shot, that is: He did post a photo of himself getting a flu shot last November. “Getting a flu shot is more important than ever this year,” his Twitter post read. “I got mine to help protect my granddaughters as we prepare to celebrate their first birthday.” Not a word about protecting children from the deadliest pandemic in a hundred years.

None of this was surprising. Mr. Lee is not a leader who actually leads so much as a politician who reads the room. From the beginning, white people in rural Tennessee have been so skeptical of this vaccine that last month state officials returned an allotment of three million doses to the federal stockpile. “We’re sort of grinding to a halt,” the state’s health commissioner, Dr. Lisa Piercey, told News Channel 5 in Nashville. “The people who want it have gotten it.”

The trouble is that not enough people want it, particularly here in the South, which accounts for eight of the 10 states with the lowest vaccination rates, and infections have begun to climb. “The rate of daily coronavirus infections in Tennessee has more than tripled in the past three weeks — one of the largest increases in the entire nation — as the virus shows signs of renewed spread,” wrote The Tennessean’s indefatigable health reporter Brett Kelman last week. “The state’s average test positivity rate and count of active infections also climbed sharply in the same time period.”

Worse still, they arranged the firing of Dr. Michelle Fiscus. As medical director of the vaccine-preventable diseases and immunization program at the Department of Health, Dr. Fiscus was the state’s top vaccine authority. “It was my job to provide evidence-based education and vaccine access so that Tennesseans could protect themselves against Covid-19,” she wrote in a statement. “I have been terminated for doing my job because some of our politicians have bought into the anti-vaccine misinformation campaign rather than taking the time to speak with the medical experts.”

The politicization of public discourse around immunization is not unique to Tennessee. The question isn’t why Tennessee is so out of step with science. The question is why politics has anything to do with health policy at all.

The planet is growing more crowded, bringing people into closer contact with diverse animal and human populations. At the same time, the health risks associated with climate change are ratcheting upward. But just as protection against communicable diseases becomes increasingly urgent, conservative media outlets are sowing doubt and delusion in the Republican base, and feckless elected officials are following suit. Like Mr. Lee, his licked finger held aloft in the wind of rural white discontent, other Republican leaders in the South take their lifesaving vaccines in private and give lip service to perverse notions of “freedom” in their public statements.

Campaign funding from the national oligarchs is what sets legislative agendas across the red states, so I can understand why these penny-ante politicians are working so hard to limit tax-funded safety nets. I can even understand why they’re so hellbent on killing public education. It clearly benefits the wealthy for taxes to be low or nonexistent and for poor people to be incurious and compliant. But how can it possibly benefit the oligarchs to risk the lives of the very people who keep electing their toadies to statehouses in the first place? I just don’t get it.

I’m not saying all is lost. Even in Tennessee, 43 percent of the population has received at least one dose of a Covid vaccine, and 38 percent are fully vaccinated. People are hugging one another and kissing babies again, but people are also continuing to die for no good reason. Their stubborn refusal to take a lifesaving vaccine is more than a pity, and it’s more than a waste. It’s a tragedy, a sign that we have squandered our miracle. I have no faith that we will be given another.

Margaret Renkl, a contributing Opinion writer, is the author of the books “Late Migrations: A Natural History of Love and Loss” and the forthcoming “Graceland, at Last: Notes on Hope and Heartache From the American South.” 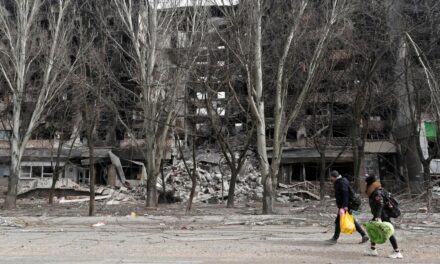 The team says they couldn’t get to Mariupol to help facilitate the safe evacuation of civilians. More than 100,000 people remain trapped there. 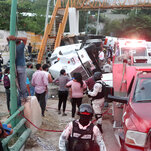 How Should Restaurants Pay Their Servers? Well, It’s Complicated : NPR