Islands in the Stream, That Is Where We Are 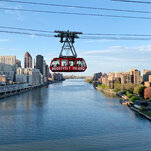 It is easy sometimes, particularly when one is afoot in the valley of Manhattan’s skyscrapers or dodging traffic on busy streets in Queens, to forget that this hulking concrete city of ours is almost entirely made up of islands.

With the exception of the Bronx, New Yorkers are islanders: Manhattan, Staten Island and Long Island, where Brooklyn and Queens sit at the far west corner. But beyond them are a number of other less-visited islands that are worth checking out.

Though New York’s waterways rarely echo the sun-dappled landscape of the Mediterranean or azure waters of the Caribbean, they still offer treasures if you’re willing to explore. So this weekend — or anytime this summer — try island-hopping.

Looking for seaside vibes? Consider heading to City Island in the Bronx. Straphangers can grab the Bx29 bus at the Pelham Bay Park subway stop.

When you disembark, you’ll be in a city neighborhood with a small-town marine village feel and killer views of Long Island Sound. Enjoy the fried seafood (the popular Johnny’s Reef, at the island’s southern tip, has the best water view), check out the City Island Nautical Museum and stop in the handful of art galleries on City Island Avenue.

If a breathtaking journey is what you’re after, head to 60th Street and Second Avenue and grab the tram to Roosevelt Island, which sits between Manhattan and Queens in the East River. For the cost of a subway swipe, you’ll soar about 250 feet above the city, giving you glimpses of the East Side (and beyond) not often seen.

There are not a ton of attractions on the island, though it has a lot of green space to relax or picnic, and it’s got a solid bike loop. On the north side, you’ve got Lighthouse Park, named for a 50-foot-high lighthouse at the island’s tip. If you head south, check out the spooky ruins of a long-defunct smallpox hospital that was featured in “Spider-Man” and Four Freedoms Park, a memorial to Franklin D. Roosevelt designed by Louis Kahn.

Farther up the East River, you’ll find Randalls Island, connected to the city by walkways over the Harlem River and the Bronx Kill. Stroll through beautiful gardens as you gaze upon the city. Or get closer to your food at an urban farm featuring rice paddies and a small population of chickens — neither of which are frequently seen in the city. (Aspiring mixologists, take note: Next Friday, the farm is hosting a free evening cocktail class.)

Easily reached by ferry from both Brooklyn and Manhattan is Governors Island, where there’s free kayaking on Saturday afternoons and public art installations. The island is now open late on Fridays and Saturdays, giving you time to watch the sunset.

Staten Island is a world in itself, obviously, but if you’re after island beach life, you’ll find it here. South Beach, with views of the Verrazzano-Narrows Bridge and a boardwalk, tends to be the busiest. Midland Beach has a fun sea turtle fountain that the kids will love, and it tends to be less packed with people. City buses run to both beaches; you can catch the S51 and S52 at the St. George Ferry Terminal.

The city is also home to a new man-made island, Little Island. The park, in Hudson River Park near 14th Street, offers spectacular views of Manhattan and New Jersey and an eye-catching design (Michael Kimmelman, our architecture critic, says it is “begging to be posted on Instagram”). It also features an amphitheater that will host performances (including a music festival this weekend that is already sold out). The park is open to the public, but you’ll need to reserve a ticket if you’re planning to visit after noon.

What about Coney Island, you might ask? It actually became a peninsula in the 1920s and ’30s, when the creek separating it from Long Island was filled in. It’s still a fun, family-friendly trip, of course!

Are Paramilitary Extremists Being Normalized? Look To Idaho For Answers : NPR 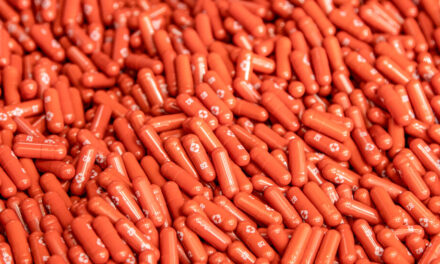