A question of faith: Biden, Catholicism and the presidency 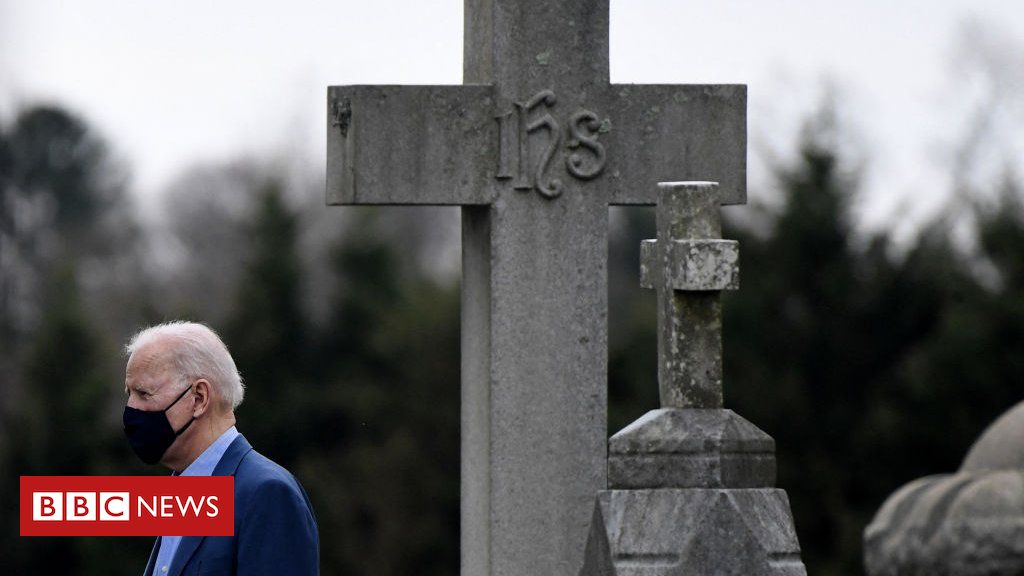 Some bishops think America’s second Catholic president should be denied the Eucharist. Are Biden’s faith and job title an unworkable mix?

On the matter of faith, President Joe Biden is not shy.

Each weekend that he is in town, he goes to Mass in Washington. A motorcade takes him on Saturday evenings or Sunday mornings to Holy Trinity, the church where President Kennedy, the only other Catholic US president, used to attend services. He makes the sign of the cross at public events, and his Catholicism is woven into his speeches and policies.

Yet Biden’s stance on abortion, and his support for reproductive rights, clash with church teachings. He has seemed to be personally troubled by the idea of abortion. Years ago he wondered aloud whether Roe v Wade, the landmark Supreme Court ruling that affirmed the right in US law, went “too far”. But today he supports a woman’s right to choose whether or not to have a child, one of the core tenets of progressive politics.

Liberal Catholics applaud Biden for his position on abortion while conservative ones denounce him. And now some bishops say he should be denied the Eucharist because of his views about reproductive rights. As a result, the Eucharist, a wafer that is made sacred through a church ritual, is now at the centre of a battle between conservative bishops and progressive Catholics.

Six months after moving into the White House, Biden’s effort to mesh progressive politics and Catholic faith has become a lightning rod for controversy.

Decades ago, when Kennedy was in the White House, the president’s faith was hardly ever in the news. Kennedy downplayed his religion, and made clear during his campaign that it would not play a significant role in his presidency. Kennedy minimised his religion, in part because he knew it could hurt his chances at getting elected. Many viewed Catholicism in a negative way at the time. “I am the Democratic Party’s candidate for president, who happens also to be a Catholic,” he said in a campaign speech.

In contrast, Biden has highlighted his faith. “Kennedy was more a Catholic, in the background, whereas it’s very much in the forefront of President Biden’s life,” says Drew Christiansen, a Jesuit priest and Georgetown University professor.

Partly as a result, Biden’s relationship with the church has been scrutinised during his time in office. At the same time, conservative bishops have criticised him for his progressive views, and say that he should be denied communion.

In June, clergy members voted to draft a statement about the Eucharist during a meeting of the US Conference of Catholic Bishops, an association that was chartered by the Vatican. A group of bishops are now writing a statement that explores the theology behind Holy Communion, as the ritual of the Eucharist is known.

“When someone is formally co-operating with abortion, that’s a great offence within the church,” says Anna Lulis, a data strategist and activist, sitting in her Washington living room, surrounded by dried palm leaves and images of the Virgin Mary. Biden is “living in mortal sin”, she says, because of his support for abortion rights, and should not receive communion.

Biden was asked last month about the movement among conservative Catholics, and their efforts to deny him communion. He said he did not think that the church would implement a policy that would forbid him from receiving the Eucharist. “That’s a private matter,” he said, when asked about the issue. “I don’t think that’s going to happen.”

But in fact, as the president knows, his relationship with the church is a subject of great interest to the public. That is unsurprising, given the way that politics and religion are mixed together in the US, a trend that has accelerated in recent years. Today, it can be hard to run for office without professing fealty to a Higher Power. Though America as a whole has become more secular, religious affiliation in politics is still important to many.

Even fictional US leaders are religious – President Josiah Bartlet of the TV drama The West Wing, was written as a devout Catholic for whom faith and politics collide.

And off screen, less than half of Republicans say they would be willing to vote for an atheist, according to Gallup, arguably making faith an unspoken credential for winning office.

Within the structure of the Catholic church, archbishops and local priests would make their own decision on whether or not to give the president, or any politician, the wafer at Mass, or to send them away.

Father Kevin Gillespie, the pastor at Holy Trinity in Georgetown, welcomes the president, and so do those in the parish.

They are following the wishes of Washington’s archbishop, Wilton Gregory, who has made it clear that he does not believe priests should deny the Eucharist to the president.

“We should be a church in dialogue, even with those with whom we have some serious disagreements,” Gregory told the Catholic News Service.

Today there are some 51m Catholics in the US, about one-fifth of the population. These faithful are split down the middle, 48-47%, between Republicans and Democrats. Only a small portion, 14%, say it is very important for a candidate to share their religious beliefs, according to the Pew Research Center.

Yet there is a deep divide among practising US Catholics over the president and the Eucharist. A majority said they believed the president should not be denied communion because of his views on abortion, but nearly a third disagreed, including a majority of Republican or Republican-leaning Catholics.

Adam Wozniak, a Latin major at Georgetown, a Jesuit university near Holy Trinity, says a hallmark of Catholicism is “faith that does justice”. He thinks the president embodies this ethos through his efforts to help the middle class, and promote racial equity.

“I think that Biden really does represent that kind of faith, because he does a lot for society,” he says. “Abortion is just one part, and I think if you just focus on that, you’ll forget the bigger picture.”

Biden and other politicians who support reproductive rights are going against church doctrine, he says. The president should stand back during Mass, and not take the Eucharist: “He’s placed himself above the teachings of the church.”

Nate Tinner-Williams, who is studying black Catholicism at Xavier University in New Orleans, does not approve of Biden’s stance on abortion.

Still, Tinner-Williams says that the president should decide for himself whether or not to receive communion, and that a church edict about the matter would be excessive, even harmful.

“You don’t know what that person actually believes in that moment,” says Tinner-Williams, describing the experience of waiting to receive communion, during Mass. “Biden could show up in line, and then change his mind about abortion.”

Tinner-Williams adds: “A church policy could lend itself to misjudging a person.”

“I think he’s a good Catholic because of the way he dissents,” Manson says, adding that he “invokes his faith” on a regular basis and “uses his faith to understand his own suffering”. She believes Biden should be able to receive communion.

The faithful are now arguing with each other about the Eucharist, and the president. If the bishops take additional steps to deny him communion, many liberals will rebel against them. Regardless of how the bishops vote, however, one thing is clear: politics in the US has become increasingly divisive among Catholics, reflecting a national trend outside of the church.

The devout, at least, can pray for things to get better. 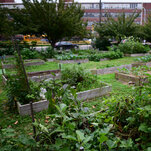 To Combat Gun Violence, Clean Up the Neighborhood

Mississippi GOP governor pushes back on vaccine passports: ‘I don’t think it’s a good thing to do in America’ 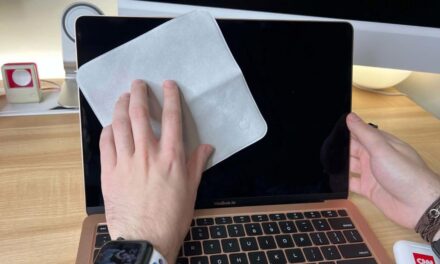 Opinion | How to Protect Massage Workers