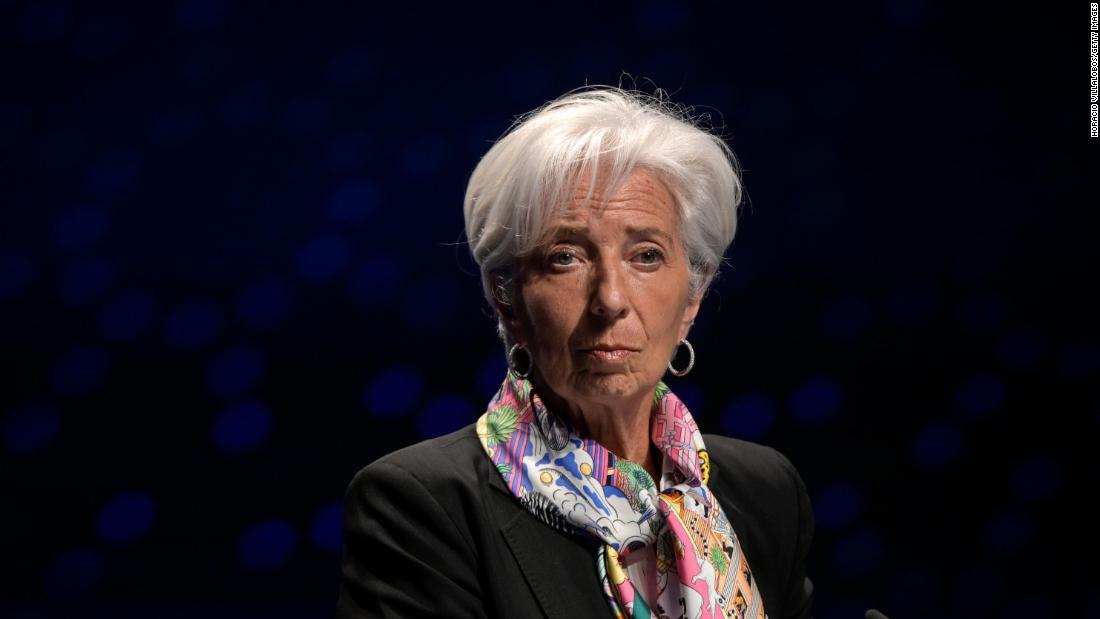 A version of this story first appeared in CNN Business’ Before the Bell newsletter. Not a subscriber? You can sign up right here.

London (CNN Business)The European Central Bank has unveiled a new strategy following an 18-month review that could provide policymakers with justification to continue to provide stimulus for years to come.

The central bank said in a statement on Thursday that it has abandoned its old policy of targeting inflation of “below, but close to, 2%,” a goal that many investors and economists found vague and confusing.

Instead, the ECB will pursue inflation of 2% in the medium term, and officials will have room to overshoot the target if needed. That moves the ECB in the same direction as the US Federal Reserve, which tweaked its own policy in August 2020 to signal it will tolerate inflation that rises modestly above its 2% target.

In practical terms, both central banks are saying they won’t react to inflation of more than 2% by immediately hiking interest rates. And that means more stimulus for longer as the global economy recovers from the pandemic.

Andrew Kenningham, chief Europe economist at Capital Economics, said that while the immediate implications of the ECB policy change are modest, the shift by the central bank is “historic.”

“Whereas the [ECB] has until now always had among the most ‘hawkish’ mandates of all major central banks, this would bring it into line with the mainstream,” he said in a research note.

It also sounds the death knell of the Bundesbank tradition, Kenningham said, referring to the practice within Germany’s central bank of emphasizing the risks of high inflation “above all else.”

Remember: Investors have been very worried this year that central banks would respond to inflation by hiking interest rates sooner than expected. Central bankers have countered by saying they expect high inflation to be transitory, and therefore, not a huge concern.

The Federal Reserve is meanwhile keeping a close watch on the US economy, and trying to judge when it might be appropriate to start winding down its mammoth stimulus program.

Minutes from the central bank’s June meeting, which were released on Wednesday, provide clues as to how policymakers are approaching the issue.

“Various participants mentioned that they expected the conditions for beginning to reduce the pace of asset purchases to be met somewhat earlier than they had anticipated at previous meetings in light of incoming data,” the minutes noted.

But others remain very cautious.

“Some participants saw the incoming data as providing a less clear signal about the underlying economic momentum and judged that the Committee would have information in coming months to make a better assessment of the path of the labor market and inflation,” the minutes stated.

“As a result, several of these participants emphasized that the Committee should be patient in assessing progress toward its goals and in announcing changes to its plans for asset purchases.”

For investors, the waiting game continues.

Dozens of states are suing Google

Dozens of states have filed an antitrust lawsuit against Google that zeroes in on its app store practices, my CNN Business colleague Brian Fung reports.

The suit alleges that Google abused its dominance in the mobile ecosystem to favor the Google Play Store, reducing competition. The suit also takes aim at the fees that Google charges developers for in-app purchases.

Court records show that the case against Google (GOOGL) has been opened in the US District Court for the Northern District of California. The District of Columbia and 36 states are named as participants, including New York and California.

According to Wednesday’s complaint, Google holds a monopoly on Android app distribution in the United States, and has used restrictive contracts to force Android device makers to promote the Google Play Store at the expense of competition.

Remember: Similar allegations in Europe prompted Google to announce in 2018 that it would stop bundling must-have apps such as Google Maps and Gmail with the Play Store.

Allegation 1: Part of Google’s alleged objective was to deter the rise of third-party app stores. According to the complaint, Google made “a direct attempt to pay Samsung to abandon relationships with top developers” so that Google’s app store would remain the most attractive source of Android apps.

Allegation 2: The complaint also challenges Google’s developer terms that “make Google Play Billing the only in-app payment processor that an Android developer may use” when an app sells digital content through an Android app.

Google responded to the lawsuit in a blog post, saying “it’s strange that a group of state attorneys general chose to file a lawsuit attacking a system that provides more openness and choice than others.”

Theme park stocks are on fire

It’s been something of a roller coaster ride for the stock market and economy during the past year because of Covid-19. But now that it’s getting back to business as usual in the United States, companies that own actual roller coasters are enjoying a rapid rebound.

Six Flags, the owner of Magic Mountain near Los Angeles, New Jersey’s Great Adventure and Six Flags over Georgia, is up nearly 25% this year and has more than doubled in the past 12 months.

Cedar Fair, which owns Cedar Point in Ohio as well as Pennsylvania’s Dorney Park and Knott’s Berry Farm in California, has risen about 15% in 2021, and over 60% in the past year.

And then there’s SeaWorld (SEAS), which also owns Busch Gardens and Sesame Place in addition to its controversial aquatic parks. SeaWorld has soared an astonishing 205% in the past year, more than 50% in 2021 alone.

Executives from these companies are all optimistic about the prospects for a sustained rebound. Cedar Fair CEO Richard Zimmerman told investors and analysts during an earnings conference call in May that there is “robust pent-up demand” from consumers and “a strong desire to visit our parks in 2021.”

“When you look back at last summer, everybody was impacted and didn’t have quite the experience they wanted to,” he said.

US unemployment claims data will be published at 8:30 a.m. ET.

Also today: Reports on crude oil and natural gas inventories will be released by the US Energy Information Administration.

What’s in the Federal Stimulus for Californians?