Delta Variant in N.Y.C.: What to Know 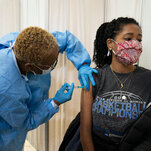 New York|Delta Variant in N.Y.C.: What to Know

Weather: Hot and humid under mostly sunny skies. High in the mid-90s, with a heat index above 100. Chance of storms later in the day.

As the spread of the coronavirus ebbs in New York and vibrant summer life returns, questions remain over what the coming months may hold.

The questions largely center on the Delta variant, the highly infectious form of the virus that Dr. Anthony Fauci, the nation’s top infectious disease expert, called “the greatest threat” to eliminating cases across the country. It has spread to at least 85 countries and has led World Health Organization officials to urge even fully vaccinated people to continue wearing masks, citing the dearth of vaccines and high rates of community transmission in many parts of the world.

“We’re going to watch it carefully,” Mayor Bill de Blasio said recently on WNYC. “There’s no evidence at this moment that it changes the trajectory. But if anything occurs — when we have to make adjustments, we will make them quickly.”

Here are a few things to know:

The Delta variant is believed to be the most transmissible variant yet, though estimates of its infectiousness vary.

Evidence suggests that it may be able to partially evade the antibodies made by the body after a virus infection or vaccination. It may also cause more severe illness, though much about it remains uncertain.

[Read more about the Delta variant.]

Roughly 23 percent of new cases in New York City were identified as the Delta variant as of June 12, the last date for which the city’s health data on the spread is available, though the rate comes from a relatively low sample.

It is unknown whether the variant will drive the total number of cases higher. But experts say it could fuel outbreaks where gaps in vaccinations exist: Only 38 percent of Black adults in New York City have received at least one dose, for example, and rates are lagging among young people and in the Bronx and Brooklyn.

Mitchell Katz, the chief executive of the city’s public hospital system, said there is little evidence right now that fully vaccinated New Yorkers need to take greater precautions because of the variant or return to full-time mask-wearing.

How Andrew Yang Went from Front-Runner to Fourth Place

And finally: At-home virus tests are still useful — even if you’re vaccinated

Got the sniffles? Worried about that night out in a crowded club? Or maybe you just want to visit a grandparent but are concerned about their risk, even though you’re vaccinated against the coronavirus.

At-home rapid virus tests, which give results in minutes, can be useful and reassuring for both the vaccinated and unvaccinated.

Given the availability of vaccines for all people 12 and older in New York and around the country, it may be hard to imagine why anyone would still need a home test. But the virus isn’t going fully away anytime soon — and a rise in infections this fall among the unvaccinated appears inevitable.

In most cases, regular home testing isn’t necessary for someone who is fully vaccinated. The vaccines available in the United States have been shown to be effective against the variants, including Delta. But breakthrough infections, although rare, continue to occur.

A home test can offer reassurance to a vaccinated person who has traveled recently or spent time in a crowded bar. It can be used more frequently for families with young children who aren’t yet eligible for vaccination.

There are a few scenarios where the tests may be useful: as an added precaution for a vaccinated person who wants to spend time with a grandparent or someone who is immune compromised; to be sure a cough or sniffle is just allergies or a common cold rather than Covid-19; for unvaccinated children, who could be tested right before a birthday party.

I was at the 68th Street-Hunter College station, standing in a neat row of commuters dressed in suits and punching dumbly at the keys of MetroCard machines that all seemed to be down.

A construction worker came bounding down the stairs. He was smiling and went straight to the booth.

I stepped over to stand behind him. He was covered head to toe in concrete dust. A line began to form behind me.

“Fill it up,” he said to the woman in the booth, handing her a MetroCard and a crisp $50 bill lightly coated with the same dust.

New York Today is published weekdays around 6 a.m. Sign up here to get it by email. You can also find it at nytoday.com. 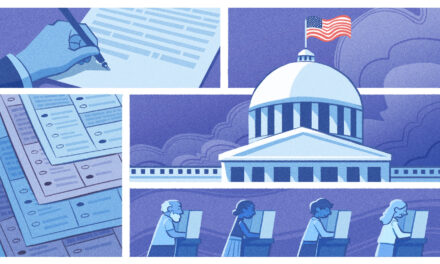 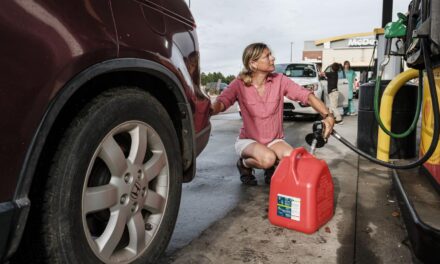 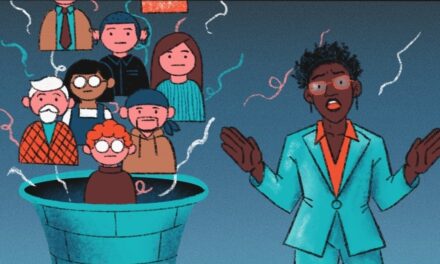 COMIC: How a computer scientist fights bias in algorithms