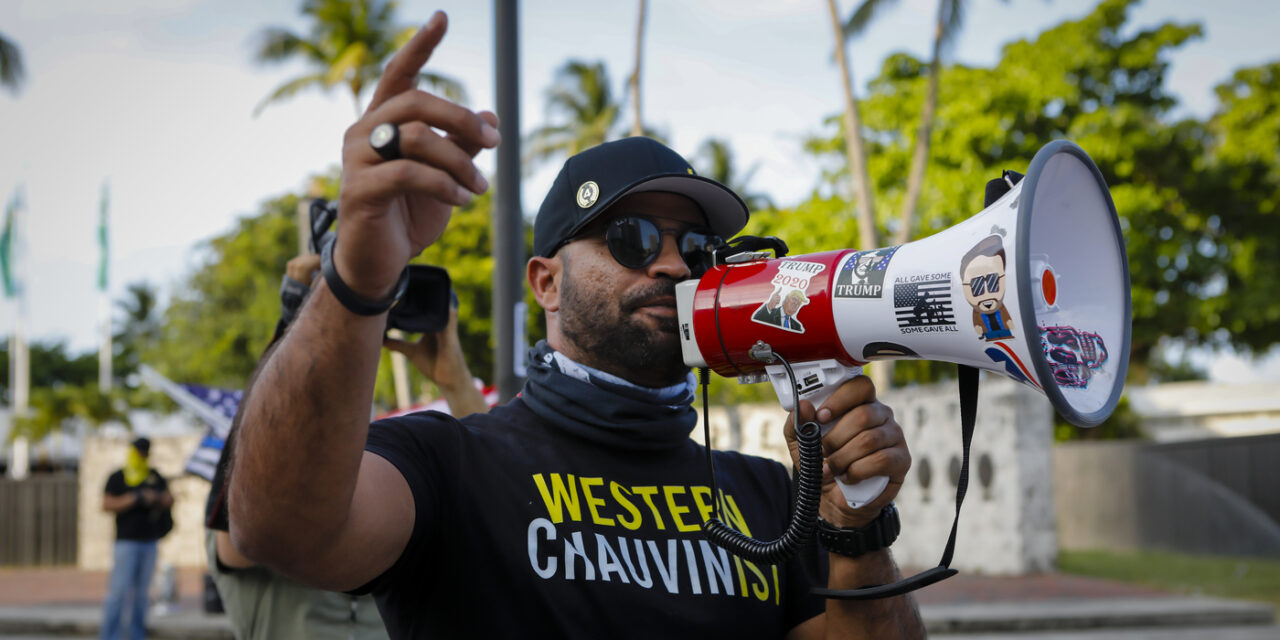 Audio will be available later today.

The Proud Boys are going local.

The last six months have seen dozens of alleged members of the far-right extremist group charged with actions related to the Jan. 6 insurrection. This was followed by even more marginalization of the group by corporate America. And a late-January revelation that the national chairman of the organization was once an informant for law enforcement led some chapters to threaten to splinter off.

Founded in 2016 as a self-described ‘Western chauvinist’ organization, the Proud Boys is defined as a hate group by the Southern Poverty Law Center. The SPLC’s Cassie Miller described the Proud Boys ideology as focusing on the principles “that politics should be practiced by force, that the country is full of internal enemies, that the United States needs to be reborn or renewed in some way.”

With the law enforcement spotlight on them, Proud Boys chairman Enrique Tarrio envisions his organization focusing on local political races rather than national ones.

“I’ve always said my goal for this year … was simple,” Tarrio said. “Start getting more involved in local politics, running our guys for office from local seats, whether it’s a simple GOP seat or a city council seat.”

Tarrio will be going local himself. Following a year in which he admits his organization has “been through the wringer,” he told NPR he plans to step down as national chairman in September to focus on his chapter in Florida.

Tarrio dismissed signs of turmoil within his organization, claiming that hundreds of Proud Boys recently met in Georgia. He added that he has met with chapters that threatened to splinter off, to assuage their concerns, and that “we’re all on the same page.” The Proud Boys has a national membership of some 30,000, he claimed, though could not provide any evidence, as there is no central repository of membership.

A Wall Street Journal investigation into the group’s struggling finances recently revealed that Tarrio secretly ran a t-shirt business that was selling ‘Black Lives Matter’ merchandise. Tarrio claimed that this was not as a sign of financial desperation but a sly prank in which he and the Proud Boys were earning beer money by selling BLM t-shirts.

The Proud Boys’ new goal of pivoting to local politics appears to be a reaction to their marginalization on the national stage. An NPR project tracking the hundreds of individuals prosecuted for the Capitol riot showed that more than 30 people have alleged Proud Boys connections. Tarrio said his organization had been banned from many major U.S. businesses, including Airbnb, Uber, credit card processors and major banks.

At least 30 people with alleged Proud Boys connections are charged in relation to the Jan. 6 Capitol riot, according to an NPR project tracking the hundreds of individuals prosecuted for the attack. Jon Cherry/Getty Images hide caption

At least 30 people with alleged Proud Boys connections are charged in relation to the Jan. 6 Capitol riot, according to an NPR project tracking the hundreds of individuals prosecuted for the attack.

One person running for local office is Joel Campbell, a former Proud Boy running for city council in Topeka, Kan. Campbell, however, said he left the organization after the Jan. 6 insurrection because he believed the organization had become too far outside the mainstream. In particular, he disagreed with the riot at the Capitol and members of the Proud Boys who “were going out looking for fights during … protests.”

“I knew that if I wanted to actually seriously pursue a political career, that I could not be associated with them anymore,” Campbell told NPR.

A 34-year-old who got a Proud Boys tattoo on his forearm after then-President Trump famously told the group’s members to “stand back and stand by,” Campbell said he joined because he felt that “straight white men” like him were being attacked by news outlets and politicians.

His association with the far-right organization has drawn attention in his community, especially after the Topeka Capital-Journal profiled him earlier this year. The notoriety has been a boost for his campaign, Campbell argued.

“The truth is, I haven’t spent one campaign dollar. I haven’t asked for one donation yet. And I’m probably the most well known person in Topeka,” Campbell said. He describes his views as seeking “minimum government, maximum freedom,” and added that he is “very anti-drug war” — views that are similar to what drew him to the Proud Boys in the first place.

Regardless of whether or not he wins his city council race in November, Campbell doesn’t rule out ever rejoining the group. He says that he hasn’t “given it much thought” and that he chooses “not to change anything at this point.”

As for his Proud Boys tattoo — necessary to become a ‘third-degree’ member of the group — he says he doesn’t yet have a plan for removing or covering it up. 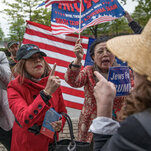 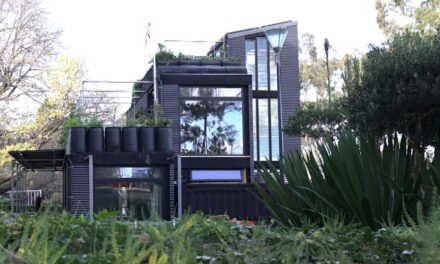 The zero-waste ‘Greenhouse’ is providing a blueprint for future homes

Understanding mail-in voting in the US