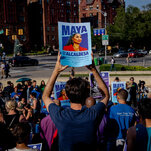 Eric Adams, who ran for mayor of New York City on a message intensely focused on issues of public safety, emerged on Tuesday with a substantial lead in the Democratic primary, but fell well short of outright victory in a race that will now usher in a new period of uncertainty.

With 82 percent of the results in, Mr. Adams, the Brooklyn borough president, was the first choice of 31.6 percent of those who voted in person on Tuesday or during the early voting period, as New Yorkers chose a leader to steer the city’s reopening and economic recovery.

The initial outcome capped an intensely acrimonious campaign defined by debates over public safety and the economy, political experience and personal ethics, as the candidates presented sharply divergent visions for how they would lead New York into its post-pandemic future.

Maya Wiley, a former counsel to Mayor Bill de Blasio, was in second with 22.3 percent; Kathryn Garcia, a former sanitation commissioner, was in third with 19.7 percent. Either would become the city’s first female mayor.

Andrew Yang, the former presidential candidate, was a distant fourth, and was the first candidate to concede on Tuesday night, a striking development after he had spent months as the dominant candidate in the race.

“We still believe we can help, but not as mayor and first lady,” said Mr. Yang, who had hoped to be the city’s first Asian American mayor, as he stood with his wife, Evelyn.

Mr. Adams led in every borough except Manhattan, where Ms. Garcia held a commanding edge. But because Mr. Adams seemed unlikely to earn more than 50 percent of the vote, the contest will be decided under New York’s new ranked-choice voting system.

New Yorkers could rank up to five candidates in order of preference, and absentee ballots must also be counted. It may take until mid-July before a Democratic primary victor — who would become an overwhelming favorite to win the general election in November — is officially declared.

“Tonight we took a huge step forward,” Mr. Adams said as he called for unity. “As a city we’re going to turn our pain into purpose. We’re going to become a safe, affordable, fair city.”

New Yorkers on Tuesday also rendered judgments on other vital positions in primary races that will test the power of the left in the nation’s largest city. The city comptroller’s race, the Manhattan district attorney’s race and a slew of City Council primaries, among other contests, will offer imperfect but important windows into Democratic attitudes and engagement levels as the nation emerges from the pandemic in the post-Trump era.

But no race was being more carefully watched than the contest to succeed Mayor Bill de Blasio, an election that began in a shuttered metropolis in the midst of the pandemic, and ended as the city reopened but confronted a spate of new challenges.

The mayoral hopefuls spent the last hours of the primary making nonstop appearances across the city, casting the stakes of the contest in sweeping terms and promoting sharply divergent visions for how they would lead New York forward.

The race remained fluid and strikingly contentious as polls closed. It was not until the end that the candidates appeared to put serious effort into ranked-choice strategizing, as Mr. Yang and Ms. Garcia struck up an alliance during the final weekend of the primary.

According to the city’s Board of Elections, more than 191,000 New Yorkers came to the polls during the early voting period, and the board received about 220,000 requests for absentee ballots. On Tuesday, as an afternoon rain set in, many polling places were relatively quiet, and it was difficult to predict what the composition of a post-pandemic electorate looked like, and whom it would benefit.

The winner of the Democratic nomination will face Curtis Sliwa, the founder of the Guardian Angels, who handily defeated Fernando Mateo, a restaurateur, in the Republican primary. The Associated Press declared Mr. Sliwa the winner on Tuesday.

Shaun Donovan, a former federal housing secretary; Raymond J. McGuire, a former Citi executive; and Scott M. Stringer, the city comptroller, who all benefited from heavy spending on television on their behalf, had hoped to show unexpected strength through the ranking process, but may be too far behind after the initial count.

Dianne Morales, a former nonprofit executive, once appeared poised to be a left-wing standard-bearer, but her standing suffered amid internal campaign turmoil, and she also trailed far behind.

No issue dominated the race more than public safety, as poll after poll showed combating crime was the most important issue to New York Democrats.

Sparse public polling suggested that Mr. Adams, a former police captain who challenged misconduct from within the system — part of a complex career — attained credibility on that subject in the eyes of some voters, which will have been a crucial factor if he wins, along with significant support from labor unions and deep ties to core Democratic constituencies, including working- and middle-class voters of color.

“I am going to be your mayor,” Mr. Adams said. “I want you to believe again. Let’s bring our city back.”

In her own speech Tuesday, Ms. Wiley made clear that the race was far from over.

“I don’t know what New Yorkers have chosen tonight, not any one of us do, because the votes are still being counted,” a hoarse but fiery Ms. Wiley said, nodding to the process of ranked-choice voting. “I will tell you what is true: Every single vote will count.”

Ms. Wiley had repeatedly challenged Mr. Adams from the left on policing matters, expressing skepticism about adding more officers to patrol the subways and calling for greater investments in the social safety net and less in the Police Department budget. With a pitch centered on how to “reimagine” a more equitable city, she emerged as a favorite of left-wing leaders and progressive voters. She also had the backing of the city’s largest union, and of Representative Hakeem Jeffries, the state’s highest-ranking House Democrat — important factors in her effort to build a multiracial coalition.

“I’m feeling a lot of excitement and emotion from people about the historic nature of this race,” said Ms. Wiley, who would be the first Black woman elected mayor of New York, as she campaigned in Harlem.

The early results of the election are sure to be fodder for broader national debates concerning how far left the Democratic Party should shift on matters of policing and combating crime.

But they had divergent campaign messages in other ways: Mr. Adams branded himself a blue-collar candidate focused on issues of public safety and justice; Mr. Yang, who has no city government experience, cast himself as a fresh-thinking political outsider; and Ms. Garcia sought to seize the mantle of competent manager.

“When I got into it, people said, ‘Well, I know you would be the best mayor, but I’m just not sure you can win,’ or, ‘Women haven’t ever won the race for mayor,’” Ms. Garcia said on Tuesday night. She also urged patience: “As expected, this is going to be a ranked-choice election. We’re not going to know a whole lot more tonight than we know now.”

If the race was defined in part by clashes over policy and vision, it also had all the hallmarks of a bare-knuckled brawl. Mr. Adams faced intense criticism from opponents over transparency and ethics, tied to reports concerning his tax and real estate holding disclosures and fund-raising practices. And Mr. Yang stumbled amid growing scrutiny of his knowledge of municipal government as rivals sharply questioned his capacity to lead.

The ugliest stretch of the contest came in its last days, as Mr. Adams declared that Mr. Yang and Ms. Garcia were seeking to prevent a Black candidate from winning by jointly campaigning together. His allies went further, claiming without evidence that the actions of those candidates amounted to an attempt at voter suppression.

“He’s not even clearly committing to honor the results of the election which is very Trumpian,” Representative Alexandria Ocasio-Cortez said of Mr. Adams.

Mr. Adams stressed Tuesday that “of course” he would accept the results of the election.

The Board of Elections is expected to reveal the first round of ranked-choice results on June 29. By the following Tuesday, the results will be updated with some portion of the absentee ballots; more complete results are not expected until the week of July 12.

The comptroller’s race, with its 10 Democratic candidates, flew below the radar. But it has attracted national left-wing engagement: Ms. Ocasio-Cortez and Senator Elizabeth Warren of Massachusetts, among others, backed Councilman Brad Lander, helping coalesce left-wing energy in that contest, far earlier than in the mayor’s race.

With about 82 percent of the vote in, according to The Associated Press’s estimate of votes reported, Mr. Lander was the first choice of 31.5 percent of those who voted in person; Corey Johnson, the City Council speaker, was in second with 22.6 percent; and Michelle Caruso-Cabrera, a former CNBC anchor who unsuccessfully challenged Ms. Ocasio-Cortez last year, was in third with around 14 percent.

In the Manhattan district attorney’s race, Alvin Bragg, who served as a federal prosecutor and as a chief deputy to the state attorney general, had a narrow lead over Tali Farhadian Weinstein, who clerked for Merrick B. Garland, now the United States attorney general, and for Justice Sandra Day O’Connor and worked as a federal prosecutor. The race will not be decided by ranked-choice voting.

The New York chapter of the Democratic Socialists of America stayed out of the mayor’s race altogether, but did emphasize a series of high-profile City Council races with the potential to remake the ideological balance of the Council.

The City Council primaries, like the mayoral primary, were to be decided under the ranked-choice format, and strategies around ranked choice were being deployed in the campaign’s final days.

In one of the most unusual and closely watched dynamics of the final stretch, Mr. Yang encouraged his voters to support Ms. Garcia as their second choice on their ballots. Ms. Garcia insisted that she was not endorsing Mr. Yang even as they attended events together, jointly greeting voters and passing out shared campaign literature.

Some of Ms. Garcia’s allies privately acknowledged that the decision to appear with Mr. Yang could discomfit progressives who disdained him but were open to her. But Ms. Garcia was not shy in discussing her motivation: She wanted Yang voters to rank her second. 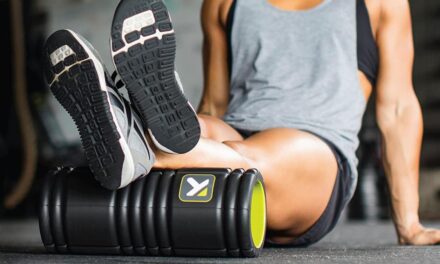 20 fitness gift ideas for anyone struggling with at-home workouts

MacOS Monterey, Apple iOS 15 and more: What these updates mean for you 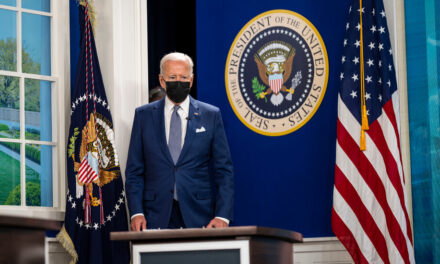