Opinion: The right is panicking over critical race theory

Much of the hysteria on the right about critical race theory is unbelievable, but quite a few people believe it all the same. “Critical Race Theory” has become the song of the summer for right-wing media and politicians, the one they’re playing on repeat, returning to it when they’ve got nothing else on tap. And while there’s nothing particularly novel about this particular moral panic, it is serving a useful political purpose: arguing about critical race theory shifts the conversation away from the continued consequences of structural racism.

That conversation opens up challenging issues about equity, affirmative action, reparations, and government intervention to dismantle racist systems — all of which face significant opposition from the right — and can only hurt a Republican Party that has grown dependent on the politics of White racial grievance.

We know that because right-wing media have attempted to use critical race theory as a cudgel before. That previous effort, which occurred in 2012 and was ginned up largely by the website Breitbart News, fell flat because it was not tied to a larger debate about racism. Instead, it was part of an effort to damage President Barack Obama during his reelection campaign by tying him to the founder of critical race theory, Derrick Bell.
Critical race theory, though in practice it took many forms, emphasized the centrality of structural racism and the way institutions like the law, while seeming race-neutral, actually upheld and recreated racist practices, policies, and outcomes. That cut against the optimistic narratives about the triumph of 1960s civil rights legislation and national progress, and so tended to be controversial.
Conservative media outlets had argued for years that Obama had been insufficiently vetted before becoming president and regularly suggested that he had a closet full of anti-White skeletons. Having mostly abandoned the attacks on his citizenship after the release of his long-form birth certificate in 2011, they moved on to his school transcripts and his ties to incendiary figures. They had used up their attacks on the Rev. Jeremiah Wright and Bill Ayers (a member of the Weather Underground in the 1970s) during the 2008 campaign, so in 2012, they were looking for someone new.
Enter Derrick Bell. In 1991, when Obama was in his final year of law school at Harvard University, Bell organized a protest after the university denied tenure to Regina Austin, a Black professor (at the time, Harvard Law School had only three Black professors and five women professors, and Obama was serving as the Law Review’s first Black president). Obama not only supported the protest, but there was also video showing he had — gasp! — hugged Bell.

For some, this video served as evidence of Obama’s covert radicalism. It bounced around sites like Fox News and the Daily Signal, and Breitbart flogged the story for months, trying to gain traction. But it ultimately petered out, and the phrase “critical race theory” returned to the relative obscurity of academia and activist philosophizing.

Why didn’t the moral panic take hold then? The Bell story broke in early March, a few weeks after Trayvon Martin’s murder but a week or two before it had become a national story. The Black Lives Matter movement would not become widely known until 2013, and the 2012 election would be more focused on the Republican “war on women” than a national debate about racism. There was no urgent need on the right to distract from conversations about race.

That changed in the years that followed. But the right-wing backlash against Black Lives Matter did not take the form of opposition to critical race theory, in part because it had little overt connection to education. Nor, at first, did the anger over the New York Times Magazine’s 1619 Project, which placed slavery and its aftermath at the center of the story of the United States. It took the mass protests of 2020 over the murder of George Floyd, and the efforts of conservative activists and right-wing media, to spark a real moral panic over critical race theory.
One key figure here was Christopher Rufo, a right-wing activist who carried out a campaign against diversity training in 2020. Rufo, a regular on Fox News, framed diversity training as an extension of critical race theory, a case he made repeatedly on Tucker Carlson’s show. And because it was on Fox News, President Donald Trump was watching — and tweeting — about it. The one-two punch of propaganda and the president made attacks on critical race theory a national story, and a right-wing moral panic.
Like any good moral panic, it has spread through both repetition and innovation. Fox News has mentioned “critical race theory” more than 1,300 times since March, according to a study from Media Matters for America. That has turned the words into a kind of catchphrase, a signal to conservative audiences of the New Bad Thing penetrating every part of American life. But it also draws on old, familiar political fights: Battles in the 1990s over the content of history curricula and White angst over everything from “reverse racism” to “Black identity extremism.”
And like any good moral panic, its creation was deliberate. As Rufo bragged on Twitter, he and his allies had turned “critical race theory” into a slogan, one that they had inserted “into the public conversation and are steadily driving up negative perceptions. We will eventually turn it toxic, as we put all of the various cultural insanities under that brand category.” Given how the phrase now saturates not only right-wing media but state legislation, it’s fair to say they have succeeded.

All of this is why it is important to expose that none of this hysteria is not really about critical race theory itself, but about derailing the debate about racial inequality and police brutality that seized the nation with particular force a year ago. The footage of George Floyd’s murder was so brutal, the injustice and immorality so clear, that there was no effective political argument against it.

Unable to win the debate about the continuing consequences of racist policies and actions, right-wing activists are now working to sidestep it. Preventing them from doing so is the best way to honor — and continue — last year’s protests. 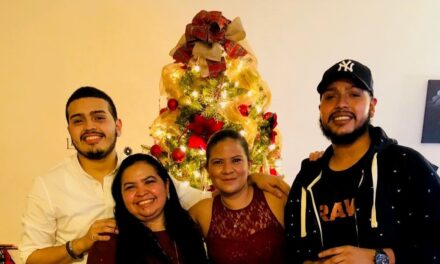 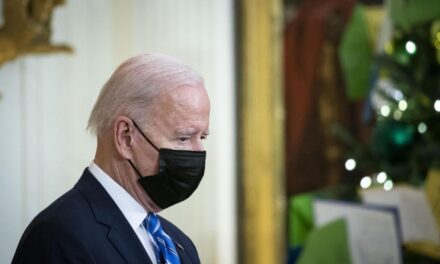 The President’s speech, underway now, isn’t about shutting the US down, Psaki says. But he is issuing a stark warning to the unvaccinated. 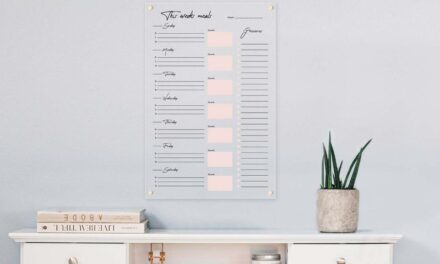 Take 20% off cozy throws at Baublebar with this exclusive deal