Andrew Yang faced criticism over his debate-stage comments about people with mental illness on Thursday as the New York City mayoral candidates sharpened their focus on public safety during the race’s final days.

Mr. Yang said during Wednesday’s Democratic primary debate, the final matchup before next week’s election, that he wanted people with mental health problems off the streets — comments that several of his rivals blasted as insensitive.

“Yes, mentally ill people have rights, but you know who else have rights? We do! The people and families of the city,” said Mr. Yang, a former presidential candidate. “We have the right to walk the street and not fear for our safety because a mentally ill person is going to lash out at us.”

Eric Adams, the Brooklyn borough president, said he was “really disturbed” by the remarks and that Mr. Yang was trying to “demonize” people with mental health problems.

Maya Wiley, a former counsel to Mayor Bill de Blasio, said that Mr. Yang lacked empathy and suggested he was fearmongering for votes.

“I thought it was deeply disturbing, deeply lacking in compassion,” she said.

One of Ms. Wiley’s advisers, Ifeoma Ike, went further and said Mr. Yang was “anti-Black” because mental health problems and homelessness disproportionately affect Black people. She told voters not to rank Mr. Yang on their ballots.

The candidates have focused on public safety in the final weeks of the campaign — an issue that New Yorkers cite as their top concern. As the race’s dynamics continue to shift, Ms. Wiley has tried to consolidate support among left-leaning voters, Kathryn Garcia has shown signs of momentum, and Mr. Adams, who leads in the polls, has faced questions over his real estate holdings.

Mr. Yang was trying to highlight voters’ fears over safety at the debate, but he moved quickly to clarify his comments shortly after it concluded. “Full context here was mental illness is behind half of anti-Asian hate crimes,” he said on Twitter. “We need to get them compassionate, comprehensive care — and not let them languish on our streets.”

At a news conference in the Bronx on Thursday to highlight his cash relief plan for poor New Yorkers, Mr. Yang refused to say whether he regretted his comments.

“Everyone agrees that people who are struggling with mental illness on our streets should be in better, more caring environments where they can get what they need,” he said.

She called for more police officers on the subway, accompanied by her cousin Clark Gregg, an actor who played a government agent in the Marvel Avengers series.

“New Yorkers need to feel safe on the subway if they’re going to get back on the subway,” she said, adding the subways were “vital” to the city’s comeback.

Ms. Garcia also released a new ad claiming that as an experienced crisis manager, she was the best choice to make the city safer.

“We fought Covid only to endure a new epidemic of crime,” she said in the ad.

Ms. Wiley, too, started running new ads on Thursday, though hers featured Representative Alexandria Ocasio-Cortez, the city’s most high-profile progressive. One ad features Ms. Ocasio-Cortez speaking in front of City Hall on the day she endorsed Ms. Wiley and shows the two women embracing.

“We have an option of a candidate that has a lifetime of dedication to this — racial justice, economic justice and climate justice,” Ms. Ocasio-Cortez said.

At a news conference at his Harlem headquarters, Mr. Adams made fun of the appearance by Ms. Garcia’s cousin.

“Public safety is not a bumper sticker,” Mr. Adams told reporters. “It is not a television program. What are we going to do next? We’re going to pick our police commissioner from ‘C.S.I. Miami?’”

But Mr. Adams also danced with those gathered and said he was having fun in the final days of the campaign.

“I am just an ordinary cat,” Mr. Adams said. “I am going to put cool back into being mayor.”

He has continued to face criticism over his real estate portfolio, including in a story this week by The City about a co-op apartment he owns in Brooklyn with a “good friend.” Mr. Adams has said that he gave his shares to Sylvia Cowan, a woman whom he bought the property with in 1992.

But an email, obtained by The New York Times, suggests that Mr. Adams still owned his shares in the apartment as recently as last month — days before Politico raised questions about his residency and his tax and campaign-disclosure filings.

The email, sent by Ms. Cowan on May 28, asked the co-op board to approve the transfer of Mr. Adams’s shares to her and named a person who could “represent the Board, Eric and me for the transaction” — suggesting that at that point, the transfer had not yet occurred.

Mr. Adams has not declared the home on any campaign filings since he began running for office in 2005, documents show. Ms. Cowan also owns a unit in a tower in Fort Lee, N.J., on the floor below an apartment that Mr. Adams co-owns with his partner, Tracey Collins.

His campaign insists that Mr. Adams has not owned any part of the Brooklyn property since 2007, when he took office as a state senator. State ethics guidelines at that time asked officeholders to disclose assets they had held in the previous two years but did not require that they do so.

“Sylvia is the owner and has been the owner for some time,” Evan Thies, a campaign spokesman, said on Wednesday.

On Thursday, Mr. Thies added that it was Ms. Cowan’s responsibility to officially register Mr. Adams’s gift of the property to her in city records. Ms. Cowan could not be reached for comment.

The latest payments from the city’s matching funds program were also made on Thursday, giving Ms. Garcia and Ms. Wiley in particular significant sums to spend on additional television advertising in the closing days of the race. Ms. Garcia received $2.1 million; Ms. Wiley received $1.1 million.

Fernando Mateo, a Republican entrepreneur, qualified for public matching funds for the first time, giving him more than $2 million to compete against his only rival, Curtis Sliwa, the founder of the Guardian Angels.

“Now we have the money to get our message out that we are the best candidate to save and revitalize New York City unlike never-Trumper Curtis Sliwa,” Mr. Mateo said, in reference to Mr. Sliwa saying that he did not vote for President Donald J. Trump in 2016 or 2020. 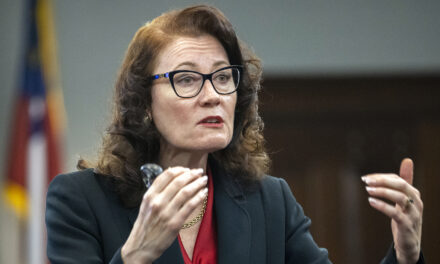 Watch Live: Prosecution makes its rebuttal in the trial over Ahmaud Arbery’s killing 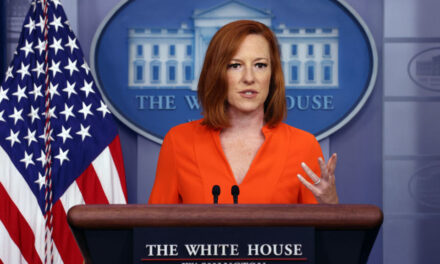