The 22-year-old Greek star, appearing in only his first grand slam final, displayed experience and poise beyond his years to race into a two-set lead, but Djokovic’s grit and determination proved too much, with the world No. 1 eventually prevailing 6-7 2-6 6-3 6-2 6-4 in a match that lasted more than four hours.

“It was an electric atmosphere,” Djokovic said after the match. “I want to thank my coach, my physio and everyone who has been with me on this journey. I have played almost nine hours over the last 48 hours against two great champions. It was really tough physically over the last three days, but I trusted in my capabilities and I knew I could do it.

“I would like to say a few words to Stefanos: I can relate to what he’s going through and I understand how difficult it is to lose in the final. These are the kind of matches you learn from most and knowing him and his team, he will come out much stronger. I definitely believe he’ll win many grand slams in the future, so respect to you and your team.

“I would also like to send my big regards to all the people in Serbia who have supported me, and to everyone who has come out to watch us. It’s been an unforgettable few moments for me in my life and my career — I will definitely remember these last 48 hours in my life.”

The match got off to a grueling start for Tsitsipas, who was forced to serve for seven minutes in his opening service game, but the Greek star eventually held with a flurry of three consecutive aces.

Tsitsipas’ celebration may have seemed excessive considering it was just the opening game, but you got the sense he knew how important that hold of serve was to set the tone for the match.

Djokovic, conversely, held his serve without breaking a sweat and it would be a trend that continued for much of the opening set.

The Serb’s backhand down the line was looking particularly potent in the opening exchanges and his touch for a number of early drop shot attempts was feather-light.

With the set tied at 3-3, a brilliant, deft rally ended with Djokovic stretching for a shot and getting his shoe caught in the clay, resulting in him taking a scary tumble towards the net post. He managed to avoid a collision, but grimaced and gingerly picked himself up off the floor.

Fortunately, there seemed to be no lingering effects from Djokovic’s tumble and both players took their play up a level to exchange a couple of high-quality games.

Serving at 4-5 and facing a set point, Djokovic put on a clinic of precise tennis under pressure to hold his serve and extend the opening set.

Tsitsipas deserved immense praise at this point for not once looking overawed in his first grand slam final when faced with one of the greatest players of all time at the opposite end of the court.

However, Djokovic’s pressure and experience eventually became too much, as Tsitsipas’ serve was finally broken and his opponent would now have the chance to serve for a crucial first set.

But Tsitsipas, once again, showed his resolve to break Djokovic straight back and take the first set to a tie break.

The 22-year-old raced into a 4-0 lead in the tie break, but Djokovic clawed his way back to 5-5 — with a little help from an extremely fortuitous net bounce — and, with the momentum now in his favor, looked to be on the verge of closing out the first set.

However, two masterful forehands from Tsitsipas, who was belying his tender years on such an occasion, set up another set point and this time it was one he didn’t pass up, forcing Djokovic to hit his backhand well wide.

Though it wasn’t a knockout blow, Djokovic seemed dazed and immediately lost his serve at the start of the second set.

At this stage, you got the sense that Djokovic was just hanging on and waiting for Tsitsipas’ absurdly high level to drop, but it never looked like happening; indeed, the grand slam final debutant broke his opponent again and closed out the set to take a commanding 2-0 lead.

There had been only one five-set final at Roland Garros since the turn of the century, so Djokovic would have to match a piece of history to have any chance of winning grand slam title number 19.

It’s a testament to Rafael Nadal’s dominance on clay that Soderling and Djokovic, the only players to ever beat Nadal at Roland Garros, both failed to win the title once reaching the final after winning in an earlier round against the Spaniard.

The mental and physical toll it takes to dethrone the “King of Clay” is clearly still felt in the subsequent rounds. That certainly appeared to be the case once again in Sunday’s final, as Djokovic struggled to get a foothold against an opponent who had been in the zone for more than two hours.

However, early in the second set, for the first time all match, it felt as though Djokovic had an opportunity to change the tide of this final.

Serving at 1-2 down, Tsitsipas faced five break points and a barrage of some of Djokovic’s best shots in a brutal service game that lasted more than 11 minutes.

The pressure eventually told and Djokovic broke his opponent for only the second time — now, Tsitsipas’ mental resolve would be truly tested.

Djokovic had never previously come from two sets down in a grand slam final, but he was one set closer to breaking that duck after closing out the third 6-3.

There were worrying signs for Tsitsipas, who was forced to call the trainer for some treatment at the end of the third set. Whatever the issue, it looked to be hampering him as Djokovic broke his opponent’s serve in the opening game of the fourth set.

Despite still trailing by two sets to one, one had the sense that Djokovic was now the favorite as he broke Tsitsipas once again to open up a 3-0 lead.

All of a sudden, Tsitsipas looked weary and his ground strokes lacked the punch that had given Djokovic so much trouble until this point.

Before long, Djokovic leveled the match to head into a deciding fifth set.

Tsitsipas managed to hold his opening service game under severe pressure, but it was just delaying the inevitable as Djokovic broke his opponent at the second time of asking and it proved to be the finishing blow.

Tsitsipas showed impressive mental fortitude to hold serve when faced with two more break points to at least keep this fifth set competitive, but there was nothing he could do to halt Djokovic’s relentless barrage of shots.

The Serb made no mistake when serving for the championship at 5-4, claiming his second French Open title to become just the third man in history after Rod Laver and Roy Emerson to win each grand slam at least twice.

‘Tomb raiders’: The pandemic is making it easier than ever to loot ancient Roman treasures 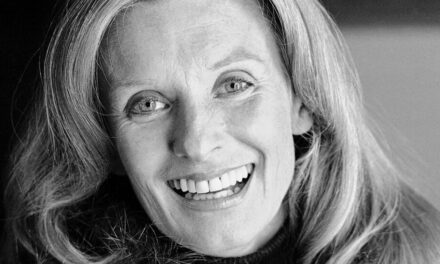