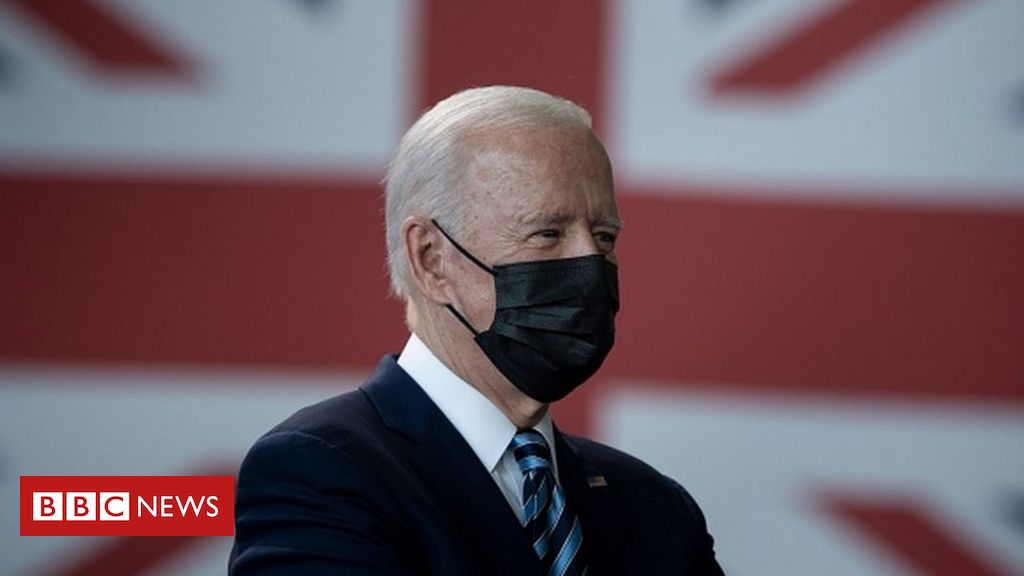 Joe Biden’s presence in the UK this week brings him closer to a part of his family heritage that had been obscure – until recently. Last year an English link was added to Mr Biden’s well-known Irish ancestry. But is it meaningful to him?

The year was 1820 when an English immigrant named William Biden first appeared in US records. A census listed him as a resident of Maryland, one of about 10 million people then living in the US.

He was part of a growing community of immigrants who, in many cases, were lured to the country by the promise of a better life.

If they stretched far enough, a piece of the American dream was within their grasp.

Some 200 years later, another man by the name of Biden would chase that dream to dizzying heights.

When Joseph Robinette Biden Jr, 78, won the presidential election last year, his victory was celebrated in the Republic of Ireland, one of his ancestral lands.

Meanwhile, the reaction was muted in Westbourne, a quaint village in West Sussex, England.

There were no scenes of jubilation here, even though researchers had recently confirmed the village was once home to the president’s third great-grandfather – the William Biden from the records of 1820.

A tale of two William Bidens

President Biden’s English heritage has long been the source of debate and misdirection.

One prominent claim pointed to another William Biden, who was from Houghton, Cambridgeshire and served as a naval officer for the East India Company.

In 2013, during a trip to India, Mr Biden said he was made aware of a “great, great, great, something or other” who “worked for the East India Trading Company”.

But records examined by Megan Smolenyak, an American genealogist, show this William Biden died in Myanmar, formerly Burma, in 1843.

Unlike this William Biden, the one from Westbourne can be followed “across to Maryland and through the ascendancy to Joe”, Eddy Greenfield, a local historian from Sussex, said.

The stonemason of Baltimore

Mr Greenfield said he began investigating the president’s family tree after stumbling across an intriguing reference to an A Biden in Westbourne. Compelled by his fascination with American history, he pored through records of baptisms, marriages, and burials in the local council’s archives.

The records showed that William Biden was christened in 1789 which, Mr Greenfield said, suggested he was born at about that time. He was the second child of James Biden and Ann Silverlock, who had married at Westbourne on 16 May 1785.

With these documents, Mr Greenfield managed to join the dots from William Biden all the way to the president. His confidence in this link, he said, was “as close to 100% as you can get without DNA confirmation”.

That conviction was bolstered by separate research by Ms Smolenyak, who has investigated Mr Biden’s Irish heritage in depth.

Starting with the Maryland census of 1820, she dug up various documents that drew a line between William Biden and other members of the family from Westbourne, including his nephew, who wrote a diary of his travels in the US.

“You get to a certain point when it would be harder to explain it away,” Ms Smolenyak said.

A mortality census shows that William Biden, a stonemason by trade, died aged 60 in 1849. The Find a Grave website says he was buried at Loudon Park Cemetery in Baltimore, where the Bidens put down roots for several generations.

It is not clear whether President Biden is aware of these details.

When asked if President Biden knew about the Westbourne connection, the White House did not respond. President Biden has never spoken on record about his English heritage either.

In private, President Biden often discussed his Britishness, as well as his Irishness, a senior UK diplomat told the BBC of their time in Washington DC.

Yet the lack of public acknowledgement has led some UK media outlets to suggest President Biden has been shying away from his English roots.

While campaigning for the presidency last year, Mr Biden was asked for “a quick word for the BBC” by New York correspondent Nick Bryant.

The wisecrack was telling, in that it signalled his devotion to his Irish heritage. This can be traced back to relatives from the Irish counties of Louth and Mayo, from where they emigrated to the US during the Great Famine 170 years ago.

Born into a family of Irish-American Catholics, Mr Biden has evoked and even visited his kindred lands, as many former US presidents have, from John F Kennedy to Barack Obama.

“The emotional relationship Biden has with Ireland is immovable. Partly because of heritage but also politically,” said Kathleen Burk, author of Old World, New World, a history of England and America.

Irish Americans, who represent about 10% of the population in the US, are a large constituency of potential voters. Electorally, emphasising his Irishness may be more of an asset than his Englishness, said Clive Webb, a professor of modern American history at the University of Sussex.

Plus, Mr Webb said, Irishness has a romanticised appeal that chimes with the American dream in a way Englishness does not.

“The idea that Americans are going to be sentimentally evoking their ancestry, if their roots are British, is unlikely,” he said.

He argued that “identifying as ‘British-American’ has become distinctly outmoded in today’s US”. Bemoaning the lack of British-American celebrities, he wrote: “Being British (or at least English) has become uncool.”

He referenced census data that showed a marked dip in the number of Americans who declared their English ancestry. In 1980, almost 50 million people identified themselves as having English ancestry in the US. By 2000, that dropped to 24.5 million people – five million fewer than those who cited Irish lineage.

Given the demographic history of the US, this isn’t surprising, Mr Webb said.

“People of British heritage have tended to dominate American society historically,” he said. “There’s not been as great a need for those people to emphasise their dual identity.”

If President Biden did embrace his Westbourne identity, though, he would be well received in the village.

‘Nobody wants to be English’

Should Mr Biden decide to visit, it wouldn’t take long for the word to spread among Westbourne’s some 2,000 residents.

In interviews with the BBC this week, some of them seemed well disposed to the famous descendant of their village’s Bidens of yore.

The village would “embrace” Mr Biden should he visit, said Lesley Pritchard, who expressed her delight at the idea. She was more enthusiastic than Scott Williams, who works at Whistler’s Fish and Chips in Westbourne.

“I don’t think most people would notice him to be honest. I think they’d just be oblivious,” he said.

That view wasn’t shared by Lizzie Meager, who said Mr Biden’s Westbourne connection was news to her.

She had no idea researchers had found the most compelling evidence yet of what had been a footnote in President Biden’s family heritage.

“I wonder whether he knows, whether he’s done his family tree?,” Ms Meager said.

A presidential visit “would be massive” for the village, she said.

Not since King Harold, the English monarch who lost the Battle of Hastings in 1066, has the area had a son of such high status. The king once lived in nearby Bosham, which is portrayed in the Bayeux Tapestry.

If this didn’t pique Mr Biden’s curiosity, he may wish to pay homage to his ancestors at the church, where some are thought to be buried.

Church archivist Joan Langhorne found a baptism certificate for one of these relatives. Would Mr Biden be interested?

Probably not, she lamented. “I don’t think anybody wants to be English anymore,” she said.

For an American, the West Sussex Records Office in Chichester may have more sentimental pull. This is where one of only two parchment manuscripts of the Declaration of Independence is kept.

Failing that, Westbourne in the district of the Chichester has plenty more to offer, Ms Meager said. Praising the village’s rural charm, she enticed Mr Biden with fetes, horticultural shows and a “real sense of community”.

That spirit was evident at the Stag’s Head pub, whose landlord, Stuart Webb, said he would pour Mr Biden a pint if he walked through the door.

Mr Webb, a British Army veteran, said he would like to see the president do more to recognise his English roots, as well as his Irish ancestry, suggesting it would bolster the “special relationship” between the UK and the US.

“I would welcome him in here with a real ale,” Mr Webb said. 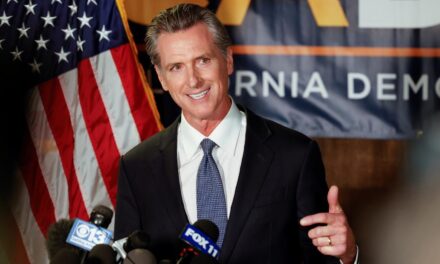 Analysis: Hits and misses from the California recall election 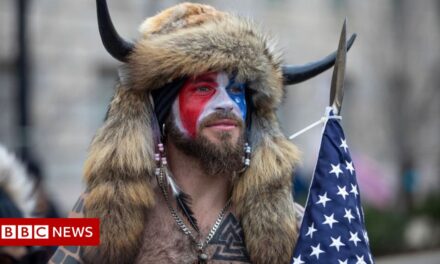